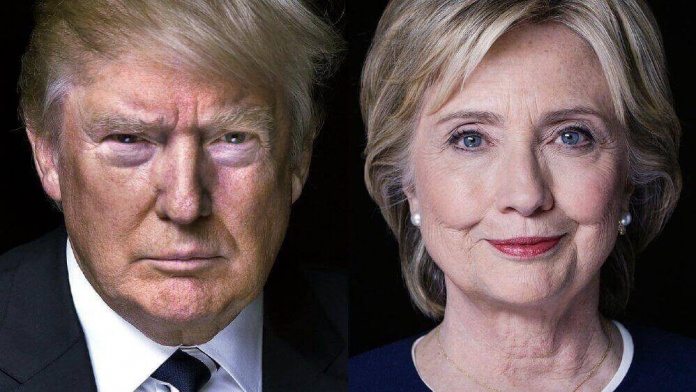 Now that the nomination races are pretty much decided, the time has come to turn our attention to the 2016 election odds for the presidential candidates.

Donald Trump still has a lot of ground to cover on Hillary Clinton between now and November if he wants to become the next President of the United States. Will he be able to pull off what would be the greatest presidential shocker in United States history?

Trump is a decent underdog to Clinton right now. There are a number of things that factor into the Donald Trump odds. The most important is the polls asking voters who they would vote for if the presidential election was held today.

Clinton has dominated the general election polls pitting her against Trump, with the only set of polls placing Trump tied with Clinton, or in the lead coming from Rasmussen.

Every other poll has Clinton in a lead with some giving her a sizeable advantage. For instance, a poll released by CNN this morning puts Clinton ahead of Trump by 13 points and another from USA Today last week gave her an 11-point lead. With six months to go before Election Day, Trump has time to pick up votes and close the gap, but he’ll need a lot of help to overtake Clinton.

Clinton has a big advantage because she has run a mainstream center-left campaign that was intended to alienate as few voters as possible. This was the standard for American political campaigns over the last half century.

Meanwhile, Trump ran a non-traditional campaign, which isolated large swathes of voters as he insulted women, minorities and anything else he perceived as a populist move which could help him become the Republican nominee. Now Trump has to move his platform back to the center and with how vocal and vitriolic he has been, that will be very difficult for him to do.

Trump’s statements against women and minorities has given Clinton an enormous advantage among those demographic groups at this point and it is hard to say how Trump can make inroads, particularly with minorities. His hopes for becoming POTUS likely rest on two things: the result of the FBI’s investigation into Clinton’s alleged misuse of e-mails and Trump being able to rally the party around him.

The FBI’s investigation into Clinton has been quiet for quite some time and it’s unlikely that any charges will be pressed against her at this point. However, if the FBI does recommend that Clinton be indicted, it would throw the Democratic Party and the general election into absolute chaos.

There is no precedent regarding what to do and even though Clinton would probably be forced to drop out at that point, it’s not guaranteed. Even worse, if the indictment happened after the Democratic National Convention, that would put the Democrats in an awful spot to find a new Democratic candidate, probably Bernie Sanders, and then get the general populace to vote for him and not Trump.

Even if Clinton isn’t indicted, Trump could still spin this into votes by claiming that Clinton jeopardized national security and continually bringing it up in nationally televised debates. This effect could be magnified if Trump nominated a military man like David Petraeus or Stanley McChrystal as his vice president.

Trump also has hope that he can unite a fractionalized Republican Party come November. Right now, the Republican establishment is still licking its wounds over Trump’s nomination but if the party infrastructure comes to support him, he may be able to knock off Clinton.

At the end of the day though, it’s hard to see Trump actually becoming POTUS. He has come a lot further than anyone predicted he would, but he has a lot more to overcome if he has any chance to win. Considering what must happen for him to win, betting on the Hillary Clinton odds  at -330 to be the next POTUS is a smart play.

Forget the White House: how are the presidential odds looking for sportsbooks? Read 2016 Presidential Election: Sportsbooks Poised to Lose if Trump Wins