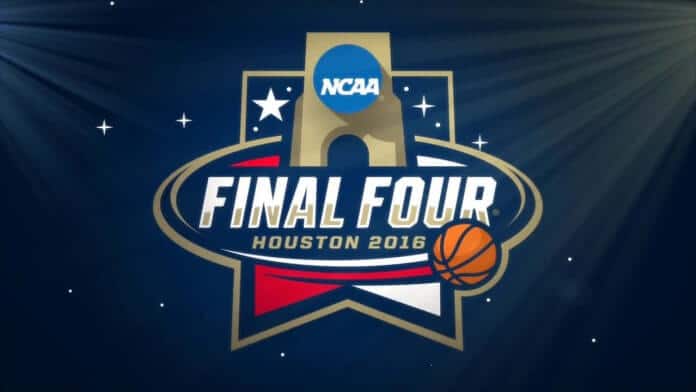 The cream almost always rises to the top in the NCAA Tournament, and that’s what has made March Madness 2016 so bizarre.

Heading into the Elite Eight, had you asked any knowledgeable college hoops fan who the Final Four teams would be, most would have named off at least two, and possibly three of the No. 1 seeds. Many would have picked all four favorites, especially after the chalk went 7-1 straight up and against the spread in the Sweet 16 round.

Instead, there’s only one No. 1 left standing, the North Carolina Tar Heels. UNC will be joined in Houston by fellow ACC rivals, the Syracuse Orange, and a pair of No. 2 seeds who pulled off upsets on Saturday night, the Villanova Wildcats and Oklahoma Sooners.

The Heels are the odds-on NCAA tournament favorites because they’ve blown through each of their first four games without much in the way of hassles. They struggled for half of a basketball against Florida Gulf Coast, but the fact of the matter is that they’ve had their issues early on against three of their four foes.

When push has come to shove and the Tar Heels have had to anchor down though, they’ve put their foot on the gas and have really pulled away with ease from their lesser foes.

Brice Johnson might be the toughest man to guard in this tournament. He’s got the best vertical in the field, and he tracks down a ton of rebounds as a result. Johnson has also made a living of taking shots from the elbow over shorter competition, as his wingspan and leaping ability make it look like he’s just shooting over chairs.

Villanova is only a short, 2.5-point favorite over Oklahoma in the first of the two national semifinals, and that’s why these two are both sitting at very comparable odds to win it all. Either one would be expected to give UNC a game if that’s what it came to, and either would clearly be favored over Syracuse if the Orange pulled off another massive upset.

Separating these two is like splitting hairs. Which do you prefer? The team that has played the grittiest defense in the tournament without any legitimate superstars? Or the team that has been lax defensively at times without a fantastic supporting cast, but has the best college basketball player in the nation?

Clearly, this is going to be a jump shooting contest, and that’s what makes it even more unpredictable. You’d like to think that Buddy Hield is the great difference-maker in any game for the Sooners, but when teams have figured out how to shut him down this year, Lon Kruger’s side has been reduced to mere mortals.

Villanova just shut down Frank Mason, Devonte’ Graham and Perry Ellis in the Elite Eight. This task is arguably an easier one, having to really just lock down on one man in Hield.

Let’s Take a Look at Syracuse

If you’re looking for the big reward in college basketball odds, though, take the 12 to 1 on Syracuse. Few figured the Orange would even get into this tournament, let alone still be playing. They were booked as high as 500 to 1 as recently as a month ago to win it all, and they’ve still got relatively long odds on their heads.

History is certainly stacked against the ‘Cuse. Not only are they up against the best team in the field, but they’ve got to play a second straight No. 1 seed after coming back from down 15 to beat Virginia. History will tell you that a comeback like that is often followed by a crushing defeat, especially when the first game is a signficant surprise by itself and the second one is going to call for an even bigger upset.

However, the truly damning stat is that no double-digit seed has ever advanced to the National Championship Game. Syracuse is the first No. 10 seed to get to the Final Four in college basketball history.

How are other NCAA tourmanent odds holding up as we near the finals? Check out the prop bets on Joey Brackets