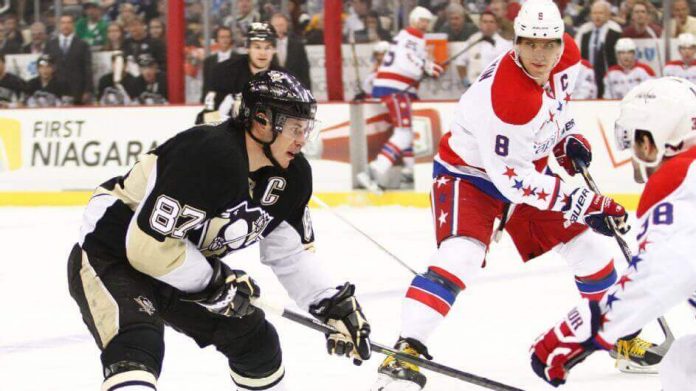 One only needs to look at how well road teams did in the first round of the playoffs to realize just how wild and crazy the second season has been on the ice this year. Hosts won their first four games, but since that point, road warriors have gone 27-17.

The end result? Just one team that has played in the Stanley Cup Finals dating back six years is still in the scrap to hoist the 2016 Stanley Cup.

There was some chalk for sure, which came through in the opening round. The Tampa Bay Lightning, the Eastern Conference reps last year in the Finals, dismissed Detroit without much muss or fuss in just five games.

The Dallas Stars and Washington Capitals got through their opening round tussles in six as well. The Pittsburgh Penguins were never supposed to struggle with the Rangers, and though they did lose one of the five games, they were truly as dominating as could be.

Aside from that though, the results, and the 2016 Stanley Cup odds, have been getting progressively crazier.

Odds to Win the Stanley Cup:

Surprise Upsets in Round 1 NHL Finals

The New York Islanders hadn’t won a postseason series since 1993. They’re now on the board after taking care of the Panthers in six games of the Stanley Cup playoffs, and they followed that up with a road win in Tampa Bay to open up the second round on Wednesday night.

John Tavares already has 11 points in his first seven playoff games, including netting the game-tying goal and the game-winning goal against Florida in Game 6.

The St. Louis Blues and Nashville Predators both pulled off improbable comebacks that no one saw coming.

St. Louis took a 3-1 series lead against the defending champion Blackhawks. When Game 5 was lost at home, everyone assumed the Blues were in trouble. After losing Game 6, it almost seemed inevitable that Game 7 would go to the champs.

After all, the Blues hadn’t won an elimination game in nine straight, and they were going against a team that had their number. But of course, Alex Pietrangelo played the game of his life, and Brian Elliott recovered from a bad couple of outings in net to pick up the Game 7 win.

Nashville in the NHL Playoffs: Even More Improbable

As improbable as that was, though, the story of Nashville against the Ducks was even better. The Preds opened with two wins on the road before coughing up three straight games, including two at Bridgestone Arena.

There really was never much thought at that point to who was moving on to the second round of the playoffs. There was no way Anaheim was blowing that series at that point, right?

Pekka Rinne had other ideas. He was brilliant in the pipes in those last two road games, including stopping 36-of-37 shots in Game 7 on a night where he was under constant pressure from a very talented Anaheim front line.

But of all the crazy results in Round 1, no one could’ve seen the San Jose Sharks coming. The Sharks – yes, the perennial choke artists they are – came out and didn’t just beat the Kings, they beat the living snot out of them.

A San Jose team that always had a history of flailing with its back against the wall in the playoffs finally showed some grit. This team isn’t just about Joe Pavelski, Logan Couture, Patrick Marleau and Joe Thornton scoring pretty goals anymore. It’s a gritty club that wasn’t afraid to get down and dirty on the boards against a team which had made a living doing just that.

The Sharks were 20 to 1 underdogs to win the Cup just a couple weeks ago. They’re less than 6 to 1 now.

Lines have been drawn in the sand in the second round of the playoffs. It’s clear that the oddsmakers are expecting the winner of the Pittsburgh/Washington series to play against the winner of the St. Louis/Dallas series in the Stanley Cup Finals.

Those four teams – in spite of the fact that two won’t get out of the second round – are the four favorites to win the Cup, and none of the four are greater than 5 to 1.

However, in a year in which the only thing that became the norm was the abnormal, we shouldn’t write off the Sharks, Islanders, Predators and Lightning just yet.

The second round of the NHL Stanley Cup Playoffs begins Thursday, April 28.

Keep up to date with hockey betting as we cover everything from the NHL playoffs to the Stanley Cup finals. For more odds, check out our hockey betting section.