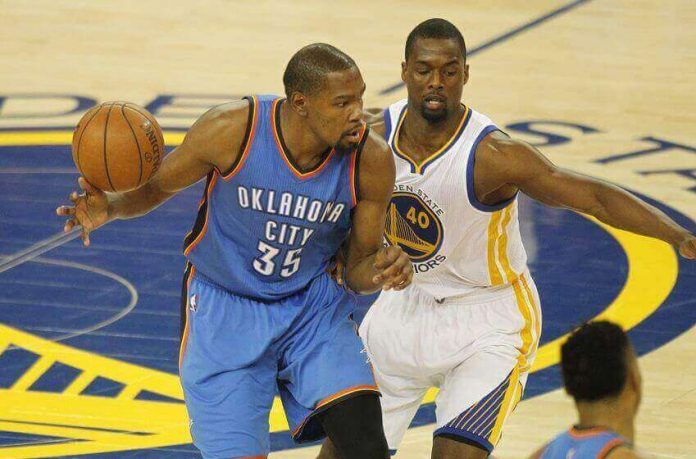 The Golden State Warriors shocked NBA fans when they announced that they signed Kevin Durant to a two-year deal. Most people expected the superstar forward to return to the Oklahoma City Thunder. Not surprisingly, the news affected NBA Championship odds as well.

Before the announcement, the Warriors were +200 underdogs to win the 2017 NBA Championship. Now, they are a -145 favorite at Bovada. That sort of price swing is almost unheard of in basketball betting.

So, was this drastic move warranted? Are the Golden State Warriors guaranteed to win the Championship in 2017? Absolutely not. Below, we look at some possible reasons why the Warriors are not a lock in 2017.

An unexpected injury is one of the quickest ways to derail a title favorite. Take a look at what happened to the Cleveland Cavaliers in 2015, for example. When both Irving and Love were injured in the playoffs. Given the injury history of Steph Curry and Kevin Durant,   the Warriors at -145 sounds like a long shot.

Injuries have plagued Curry in the past. His ankle problems caused him to miss 56 games in 2012 after having surgery to repair his right ankle. A knee injury during the playoffs this year caused him to miss another four games. It’s this last injury that caused many to speculate to be the reason that Curry was unimpressive in the Finals against the Cleveland Cavs.

Kevin Durant has also had his share of injuries. Over the last couple of years he has missed a combined 65 games since the 2014-15 season due to a number of injuries, the worst of which was a broken right foot that, like Curry,  has given Durant problems since returning from the injury.

Too Many Prima Donnas

The Warriors will be a team of superstars. Any time you assemble a team full of superstars, there will always be a period of adjustment where these top NBA picks struggle to learn each others’ dynamics and playing styles. This can be seen when Dwayne Wade brought LeBron James to Miami.

LeBron, Wade and Bosh struggled from the start and were beaten by Dallas in six games in the 2011 NBA finals, but did, in the end, go on to win the finals the next two seasons.

The NBA and its fans seem to be now resenting the once lovable Warriors. Teams like the defending champion Cavaliers are now racing to shore up their rosters, including countering the Warriors by possibly bringing Dwyane Wade to Cleveland.

The same Cavaliers team from last year, with Wade instead of Shumpert, would be a force to be reckoned with in this year’s NBA odds.

For the latest NBA and NCAA news, follow our basketball betting section