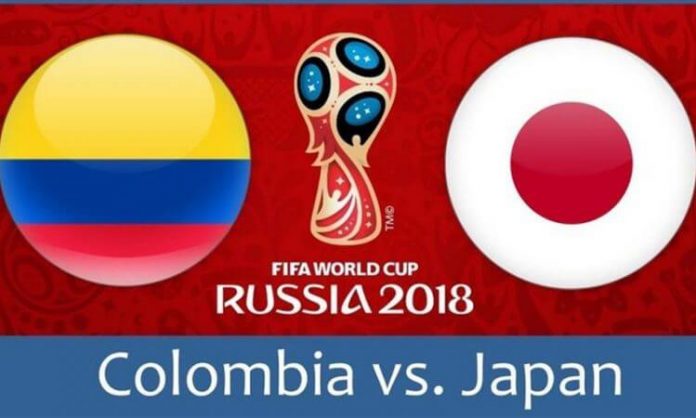 Japan and Colombia will kick off their World Cup run when they face off this week. Colombia is the favorite to win this match and pick up a critical three points in the group stage. These two countries are alongside Poland and Senegal in Group H.

Colombia made a run to the quarterfinals in the World Cup four years ago and has expectations of making another solid showing. Japan does not have the same grand projections but an upset here in the first match would go a long way in helping the team advance past the group stage.

Colombia has grand dreams with a lot of key players back from the run four years ago. They need to get off to a quick start by winning against Japan and not settling for a draw. Colombia beat Japan, 4-1, in the World Cup four years ago and would love a similar result.

The Japan-Colombia World Cup match will be held at Mordovia Arena in Saransk, Mordovia, Russia. The match will take place on Tuesday, June 19th, 2018, at 7 a.m. ET.

The spread has listed Colombia as the .75-goal favorite. That hasn’t deterred the gamblers as Colombia is receiving nearly 84 percent of the action to cover.

The scoring total is listed at 2.0 goals, with the “over” receiving about 78 percent of the action.

Colombia will have Radamel Falcao ready to roll in this one. The talented scorer hasn’t had a ton of success for the national team but has the ability to be a difference-maker. Falcao had 24 goals in 35 matches for Monaco during the club season and Japan must watch him closely throughout this contest.

Another key player for Colombia is midfielder James Rodriguez. He made a huge impact in the 2014 World Cup with an incredible six goals in five matches. Rodriguez and Falcao are both extremely talented players and Japan will be hard-pressed to keep them both in check.

Japan has gone through a recent coaching change, with Akira Nishino taking over just a few months ago for Vahid Halilhodzic. The higher-ups weren’t particularly happy with Halilhodzic’s usage of some of the most established players on the team and Nishino is hoping to find the right mix.

Japan has been a common fixture in the World Cup and there are many players with a good deal of experience. However, there is no question Colombia will be the favored team in this matchup.

Colombia made a great run four years ago and has a lot of talent. Japan would be happy with a tie in this one as it aims to advance past the group stage. If Japan can make it to the Round of 16 that would be a nice accomplishment.

While that’s the goal, Colombia will deal Japan a tough opening-round fate with an easy victory. While Colombia may not be in the same stratosphere as teams like Germany, México, Brazil and Argentina, it is a solid second-tier team and should have no problem winning this contest.

Colombia on the spread and the “under” as Japan will not be able to get much going offensively.

Our Pick: Colombia and the UNDER

Check out the latest World Cup betting odds and props at Bookmaker.eu.