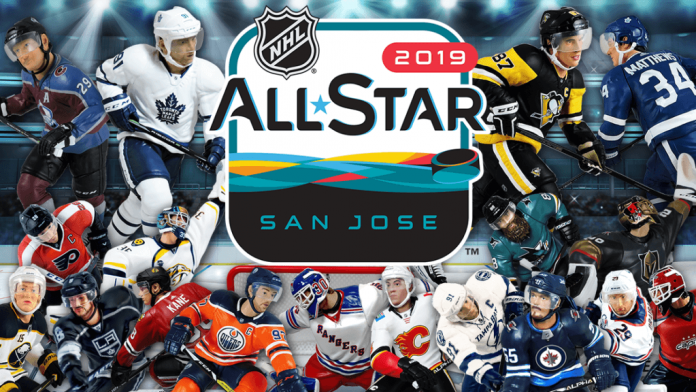 The NHL All-Star Game has gone through several different iterations, and the current setup is an interesting one. There are four teams instead of the standard two, with 3-on-3 games being played between the divisions in a single-elimination setup.

The winners of the first round will move on to the finals, where an All-Star Game champion will be crowned. The Western Division teams face off first, with the stars from the Central going up against the stars from the Pacific. In the East, the Metropolitan division standouts will face off with the all-star team from the Atlantic Division.

This is an All-Star game so a player’s motivation is never totally known, but in general the teams with the most talented rosters are expected to advance to the finals, with the Pacific Division the group to beat.

The Pacific Division has been listed as the favorite to win the All-Star game at +200 odds, while the Atlantic Division has the next-best odds at +240. The Metro Division is not too far behind at +260 while the Central is the longshot at +400 odds. The Central has seven teams while the other three have eight, which contributes to its underdog status.

While the Central has the longest of chances to win the All-Star Game, it’s not completely unreasonable. The division features Blackhawks star Patrick Kane as well as Nathan McKinnon of the Colorado Avalanche, who is the team captain. Predators goalie Pekka Rinne will aim to keep the scoring down, which could be a challenge since both sides will only have three skaters. Paul Maurice of the Winnipeg Jets will be the coach.

The Atlantic Division features young Maple Leafs star Auston Matthews as its captain. Sabres forward Jack Eichel and Lightning forward Steven Stamkos are among the other All-Stars, while Red Wings goalie Jimmy Howard is expected to tend the net. Lightning coach Jon Cooper will guide the team and with this type of high-end talent it is easy to understand why the Atlantic Division is among the favorites to win the All-Star game.

The Pacific Division will aim to live up to expectations and win the mini-tournament. Oilers forward Connor McDavid has been anointed the captain. Calgary Flames star Johnny Gaudreau will join him as he is in the midst of a dominant season. The Pacific could have a measure of home ice advantage as Sharks forward Joe Pavelski will play for this team. The goal-tender will be Marc Andre Fleury of the Golden Knights.

The Metropolitan Division at one point had Alex Ovechkin leading the way but he has bowed out in order to rest up for the rest of the season. Sidney Crosby will instead be the headliner, but the loss of Ovechkin unquestionably hurts the team’s odds. The Metro squad may have the best defensemen in the All-Star game but it’s uncertain how well they can do in such a wide open format.

Reason: There is plenty of star power on these teams, and the unique format should lead to some drama. The Atlantic Division has the right combination of talented goal-scorers and good odds. It is the correct choice to win advance to the finals out of the East and then knock off the Pacific Division for the NHL All-Star game title.

Check out the latest NHL betting odds for today.