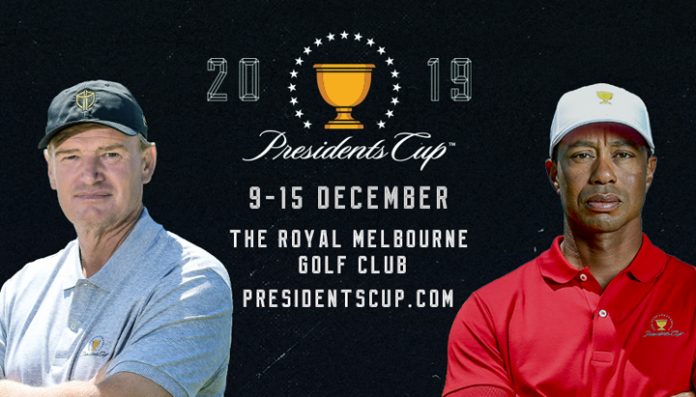 The Presidents Cup hasn’t been much of a competition over the years with Team USA winning the last seven events while going 10-1-1 since the first playing in 1994. Led by Tiger Woods, the U.S. squad is again a heavy favorite with all 12 team members among the top-24 in the Official World Golf Rankings. The International squad, led by Ernie Els, has just three players ranked among the top-25. That doesn’t mean victory for the Americans and the squad got greased up for the competition with 11 players taking part in last week’s Hero Challenge. Tiger finished fourth in that event. For the third time Royal Melbourne Golf Club will serve as host. The International team won its only Presidents Cup at this venue in 1998, giving Els and his comrades hope of pulling off the upset.

Opinion: Despite long odds, Internationals have a chance at Presidents Cup 2019. pic.twitter.com/akkQznnC5H

A match play format similar to that of the Ryder Cup, though Team USA has excelled against the International team that consists of the best players NOT from Europe, since that is the Ryder Cup. Each team consists of 12 golfers with a captain, who is responsible for choosing the pairs for the doubles events. The first day of competition has five four-ball matches followed by five foursome matches on Day 2. The third day has four matches of each with final day of competition having 12 singles matches. A total of 30 points are available with the first team to 15.5 being declared the winner. A change this year requires players to compete in just one match prior to the singles matches. In previous years the required number was two. 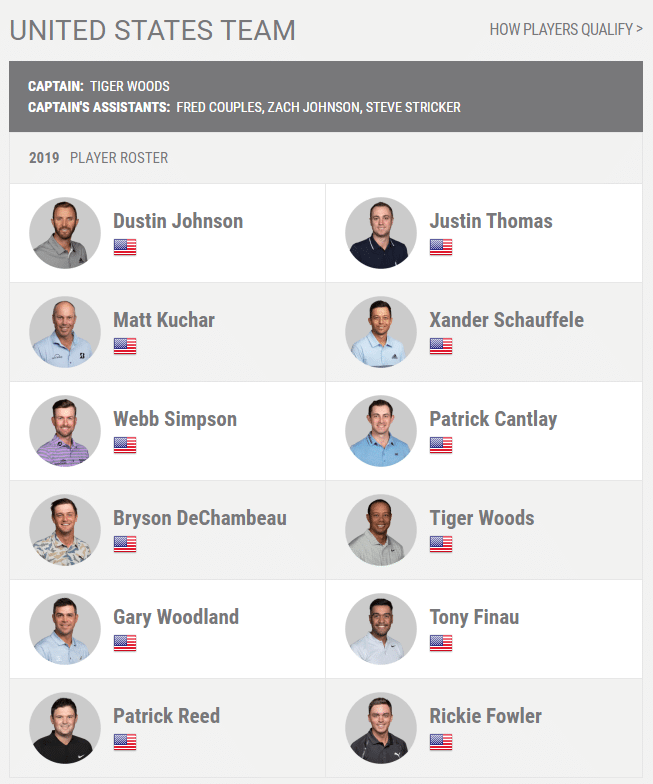 The only player not to compete at last week’s Hero Challenge was Dustin Johnson, who is recovering from knee surgery and used the additional time to rest. The contingent of players got in some quality work and the event was moved up a day to accommodate their travel plans. The team is stacked with all 12 players ranked in the OWGR top-24 and five – No. 4 Justin Thomas, No. 5 Johnson, No. 6 Woods, No. 7 Patrick Cantlay and No. 9 Xander Schauffele – resting in the top-10. Rankings alone don’t win competitions, but they’ve meant plenty at this particular event.

After another disappointing Ryder Cup showing last year, Woods is looking for redemption. And as the captain he’s put together a strong cast. Woods has a marvelous record at this event at 24-15-1 and he appears to be in fine form following his -14 fourth-place finish in the Bahamas. There are five Presidents Cup first-timers on the team, but they all rank among the 17-best players in the world with extensive match-play and international experience. 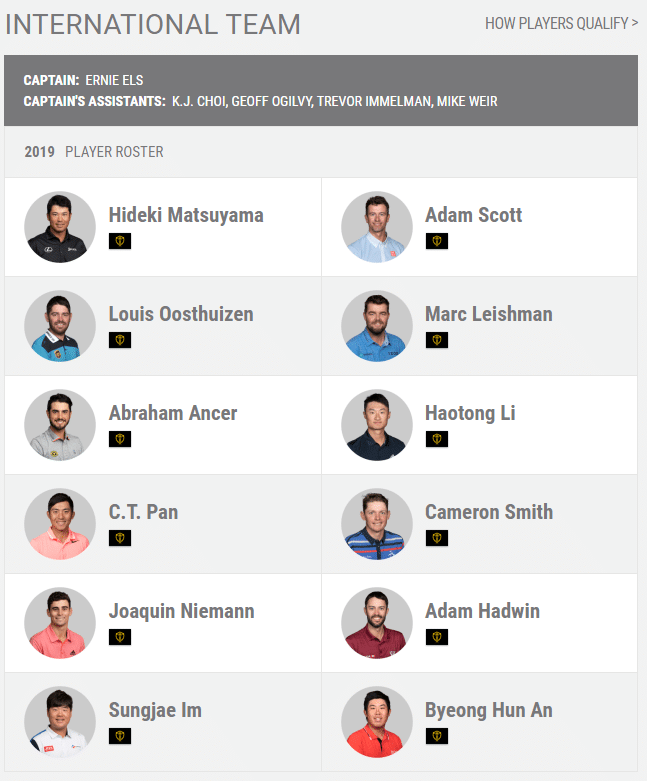 Since the top European golfers are excluded in this event the International team has struggled. The good news for skipper Ernie Els is that they claimed their only victory on the host course back in 1998. The Americans redeemed themselves at Royal Melbourne in 2011, though. Els has assembled a young squad with few memories of past failures, so the Internationals have that going for them. They also have seven first-timers competing and lost an anchor in former World No. 1 Jason Day, who withdrew due to injury. Rookie Byeong Hun An, No. 42 in the OWGR, got the nod in his place.

Els will look to Australian Adam Scott for support. The highest ranked player on the squad at No. 18 is a veteran, but surprisingly he hasn’t won a four-ball match since 2005. He has experience at Royal Melbourne with an Australian Masters title, and he’ll have to come up big. Fellow Aussies Cameron Smith and Marc Leishman are expected to contribute. Still, it’s not likely to be enough against a strong U.S. contingent. 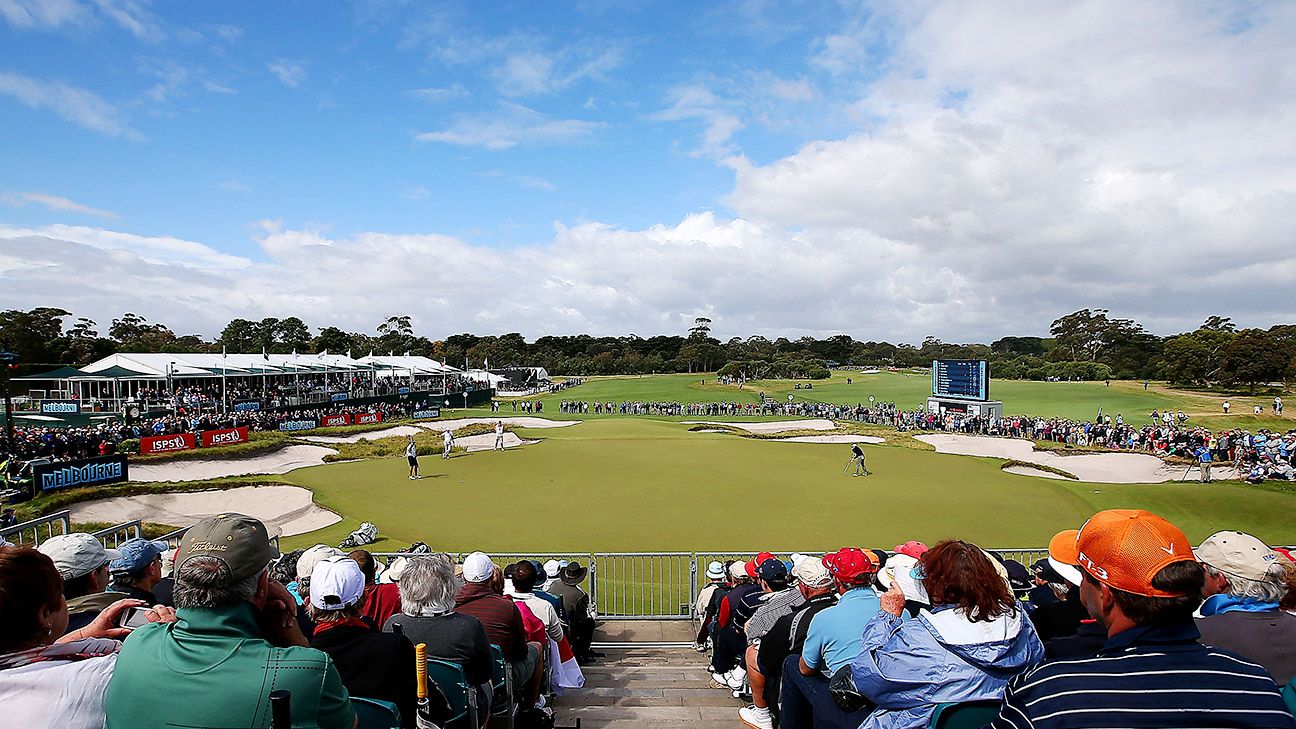 Serving as host for a third time, Royal Melbourne Golf Club is regarded as one of the best courses in the country and the world. It’s also the site of the only International team’s Presidents Cup victory. Team USA overcame that obstacle with a thorough beating of their counterparts in 2011. The track plays at 7,047 yards and par 71 with 13 par 4s. The head-to-head format allows players to be more aggressive and the firm, fast track is suited for that style. It plays a little longer than it did in 2011, but it isn’t a layout that should give the field much difficulty. Conditions are expected to cooperate, however wind is always a factor. Low trajectory shots are always a way to combat the hazard.