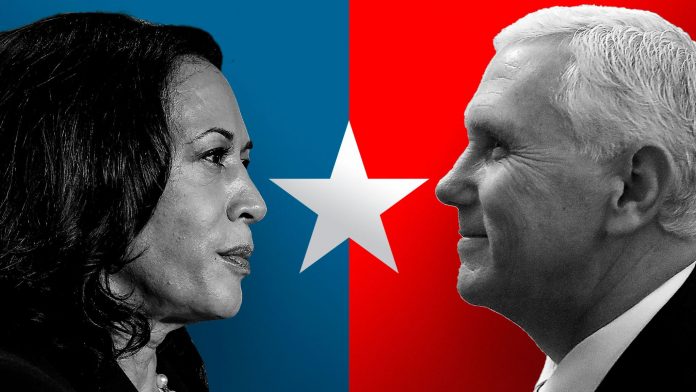 When President Donald Trump was diagnosed with COVID-19 the 2020 US Presidential election odds were taken off the board.  During the brief timeout there was speculation that Trump might get a “sympathy” push.  Instead he lost another 15 cents in the eyes of gamblers.  Trump being sent to Walter Reed hospital was bad enough.  But when he took a brief ride outside to greet well wishers the media of course went into negative overdrive and said that Trump was endangering the secret service and everyone around him.  This was after the media said that Trump contracting the coronavirus was “karma” due to his policies.  Many Democrats were absolutely gleeful about the diagnosis. Others still wished for Trump to die or said he deserved to die.  Democrat nominee and former Vice President Joe Biden is a -175 favorite to win the election.  He has gained nearly 50 cents in the past month.  But a solid performance by Vice President Mike Pence against Kamala Harris in the vice-presidential debate may have stopped the bleeding for the Republican ticket.

All things considered it’s a miracle that President Trump is in the game at all.  The United States “news” media is nothing more than a publicity department for the Democrats.  The problem is that millions of unsuspecting Americans actually believe what they see is “news.”  Trump has been the recipient of not just the most negative and biased coverage in American history but is being outright sabotaged by a media that rivals those of a totalitarian one-party state. They now just lie and call it “news.”

Democrat vice presidential nominee and California United States Senator Kamala Harris was schooled by the detail-oriented Vice President Mike Pence in Wednesday’s Vice-Presidential debate.  Harris was exposed as being totally out of her element, evasive of what the actual Democrat agenda is, and willing to play the gender card when manhandled in a debate.  In fact, many in the “news” media said that Pence did too much “mansplaining” which means that he dominated the facts and merits of the debate. Up until now Harris has had the great luxury of operating in California politics.  There she began her career as the willing plaything for a married man twice her age, San Francisco Mayor Willie Brown.  In fact, Brown admitted that he greased the skids, among other things, for Harris to get plum promotions and jobs that could have actually gone to more qualified candidates who were not having sex with him.

From there Harris advanced by taking full advantage of the fact that California is a neo-confederate lawless one-party state that has functionally outlawed the Republican Party.  In the vice-presidential debate Harris showed her weakness of not being used to having a credible Republican opponent.

What was most disturbing about the debate was that when pressed on Supreme Court packing Harris would not give a direct answer, which is a typical Democrat ploy.  Democrats for years have talked around in circles when it comes to their hard-left agenda.

Democrats also project like nobody’s business and that was apparent at the debate as well.  Harris repeatedly said “I will not be lectured” when that was exactly what was happening.  All told she was exposed as a lightweight that is ill informed, lacking depth, and a hack political prostitute from a one-party state.

President Trump spent the past weekend at Walter Reed hospital before departing ahead of schedule.  He worked at the Presidential Suite at the hospital as he received treatments.  Trump had a triumphant return to the White House where he saluted the Marine One helicopter in the twilight much to the hysteria of Democrats and pride of Republicans.

But now comes the hard part.  The respected Rasmussen Poll that Republicans actually trust has Trump trailing by 14 points against Joe Biden.  Much like in 2016 Trump faces monumental odds.  The problem is that Biden is not as detestable to the American people as Hillary Clinton was.  But with Trump a day is a week and a month is a lifetime.  Stay tuned!