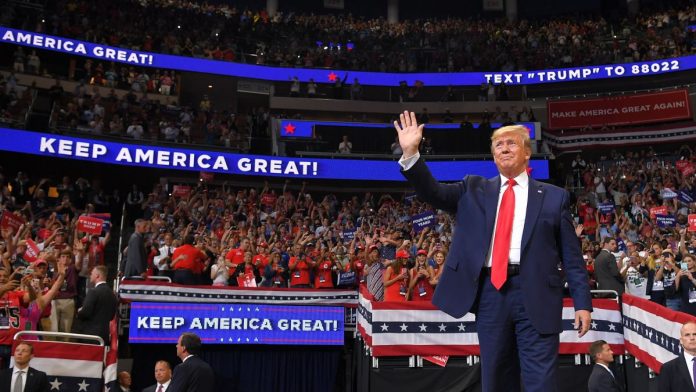 There has not been much in the way of betting odds fluctuation over the past week in the expected 2020 Presidential election matchup between incumbent Republican Donald Trump and presumptive Democrat nominee, former Vice President Joe Biden.  Overall, the United States cooled off just a little bit from what has been a tumultuous two weeks.  Seattle remained partially occupied by radical anarchists and communists as its mayor and governor of the state of Washington fiddled during a shooting incident left at least one person dead.  Meanwhile the highly anticipated opening rally for Donald Trump’s 2020 reelection campaign in Tulsa was sabotaged by teenagers which left a half empty arena.  Joe Biden has gone into hiding in the bunker of his Maine home where he polls best when not seen nor heard.

The best guide for the upcoming 2020 election is the 2016 campaign.  That is because Trump trailed by double digits against Hillary Clinton almost all year and was written off for dead with less than a month to go due to the Access Hollywood tapes.  Yet he won.  This period of time is like the beginning stages of a 162 Major League Baseball schedule.  The deciding factors of a marathon campaign are yet to come.

Trump Rally Brings Half a Crowd but Massive Viewership

In the days leading up to last Saturday’s Trump rally in Tulsa were tweets from the President himself about over 1,000,000 ticket requests having been made.  Plans for an outdoor rally before the indoor rally were made and an outdoor stage was built. 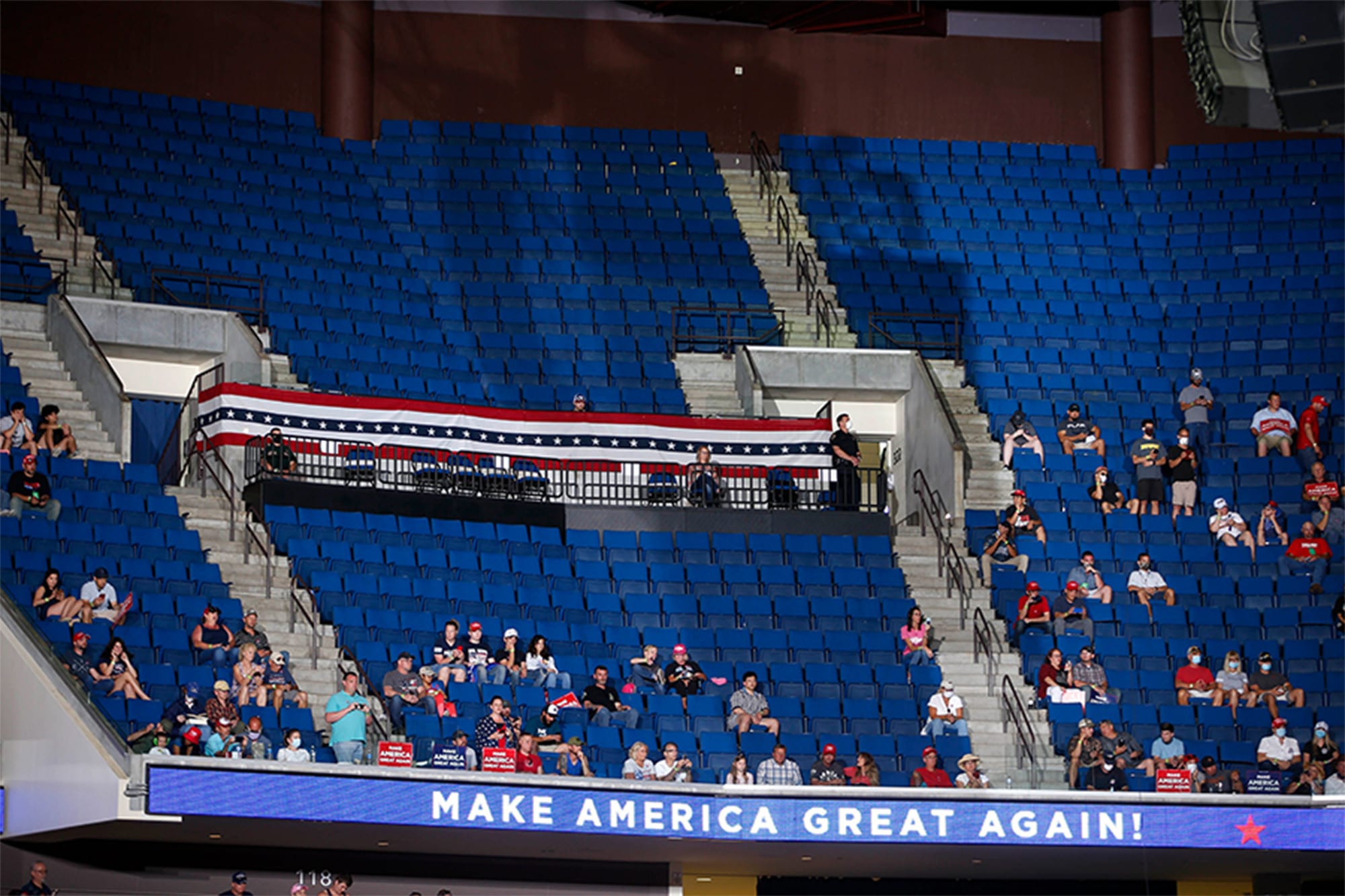 However, a group of teenagers known as TikTok and K-Pop made ticket request reservations even as they had zero intention of attending.  Both the teenagers and the parents went on Twitter to brag about their sabotage.  So too did socialist U.S. Representative Alexandria Ocasio Cortez as she taunted the Trump campaign.  Also problematic were thousands of protesters, some violent, that harassed the Trump rally attendees or those who wanted to attend.

Due to all of the hassle, as well as continued fears about COVID-19, the arena was half full when Trump took the stage.  Of course, the left went insane with gleeful joy about the visuals.  What they failed to mention was the fact that Trump drew over 5.3 million online viewers, which does not include actual TV viewership.  In Joe Biden’s wildest imagination, he could never come close to that.

Teenage TikTok users and K-pop fans claimed to have registered potentially hundreds of thousands of tickets for President Trump’s campaign rally as a prank to ruin the event. https://t.co/vrbtgSa27T

The Great Lessons of the Trump Rally

Supporters of President Trump are often called “The Great Silent Majority.”  This was a phrase first coined by President Richard Nixon in a 1969 speech regarding the Viet Nam War.  The Silent Majority sent Nixon back to the White House in a 1972 reelection that produced one of the biggest blowouts in history.  These voters were later called “Reagan Democrats” as they defected to send Ronald Reagan to two landslide Presidential election wins in 1980 and 1984.

The current Silent Majority has little desire to attend Trump rallies where they could face physical danger or have their vehicles damaged by rioting protesters.  Instead they avoid all of the hassle with the convenience of streaming the rallies and watch them from home as they plan to vote in November.

Once again, the Democrats showed tone deaf arrogance about the empty seats without taking into account all of the related factors and the massive streaming viewership of Trump’s Rally. 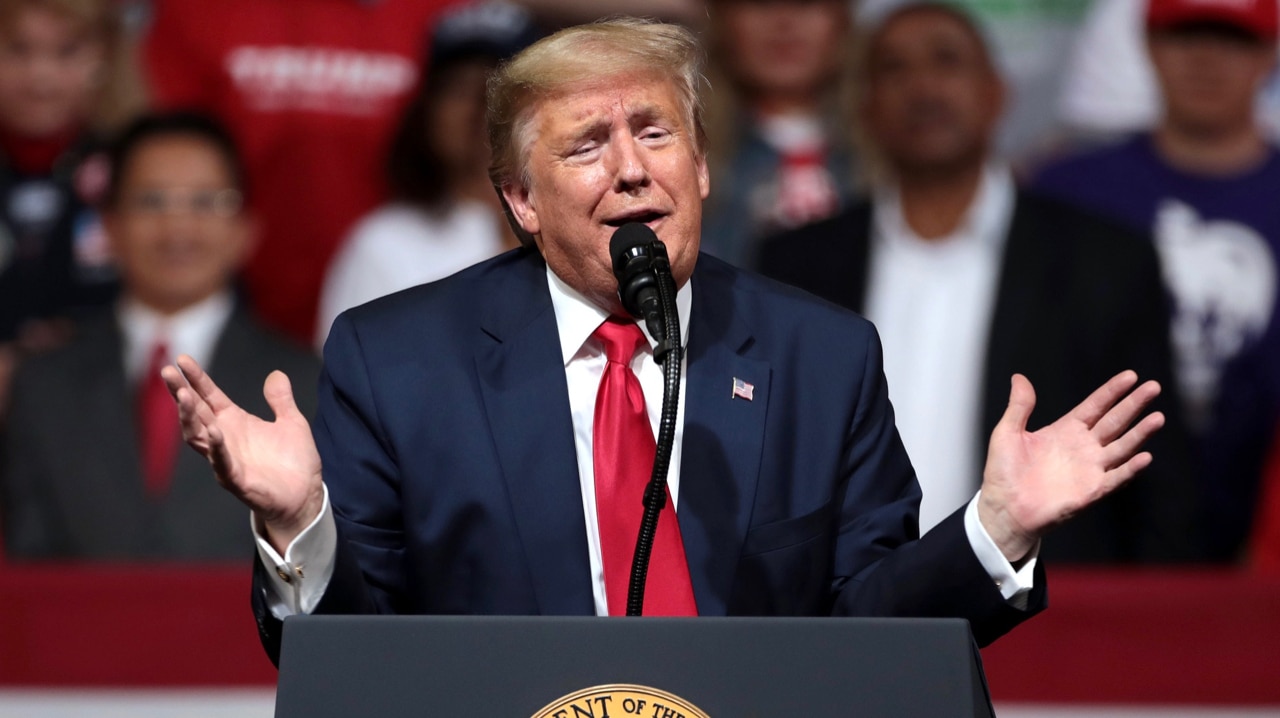 The President spoke for nearly two hours at the rally and labeled Biden as a puppet for the radical left that is rioting and destroying American monuments.  He also made clear that the Democrats run the 20 most dangerous cities in America.  These are the themes that Trump will pound home all the way to election day.