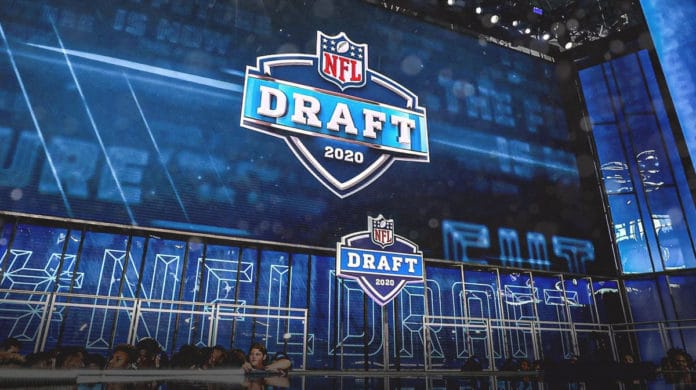 When the NFL Draft gets underway on Thursday, April 29, fans will have a chance to wager on a number of prop bets, from who will be taken with the first overall pick and which player will be selected second overall, to the draft position of certain collegians and just about everything in between. The NFL Draft has become such a popular event that it gets as much action as any regular season game.

There really is no drama as to who the first overall pick is going to be. The Jacksonville Jaguars need a quarterback and Trevor Lawrence is available; it looks like a perfect match. The oddsmakers believe that’s the case as well with the former Clemson gunslinger a massive favorite to be the first player selected. At his current price a $120 wager on Lawrence being the first off the board will get you $1. It’s not even worth it. The excitement starts with the third pick since Zach Wilson is likely headed to the Jets at No. 2.

The quarterback position is always a hot topic on draft day and there are a number of prop bets surrounding the position. Let’s not forget that there are plenty of other storylines and the three day event offers wagering opportunities for the duration. You can bet on when certain players will be drafted and how many players from a specific position will be taken in the first round. The NFL Draft is a spectacle and wagering on the festivities has become just as big.

The 2021 NFL Draft gets underway at 8 p.m. ET from Cleveland with first-round selections on Thursday, April 29.  Rounds 2 and 3 take place on Friday, April 30 at 7 p.m. ET with the final rounds on Saturday, May 1 starting at 12 p.m. ET. Television coverage is provided by ESPN and NFL Network.

As I mentioned in the opener there isn’t much value in this pick since Lawrence is as much of a lock for the top pick as you can possibly be. But since it is the most anticipated pick of the draft it has to be included. There is always a chance things don’t work out the way the experts expect, and we are talking about the Jaguars with the first pick, so things could easily be screwed up.

A few years ago the Cleveland Browns surprised everyone taking Baker Mayfield with the No. 1 overall pick ahead of favorite Sam Darnold. That situation was a bit different, though, since the players were more evenly matched talent-wise, but things don’t always go according to plan. Throwing down a few bucks on Wilson isn’t the worst thing as long as you hedge your bets throughout the draft.

This is where the fun really starts, at least from a wagering standpoint. The first two picks were overwhelming favorites on the board and with the dominoes falling we start to see odds evening out. Teams typically trade up to target a specific player or position and in this case the San Francisco 49ers could be looking at a quarterback. And that sets up a number of possibilities.

First, who are the Niners going to pick at No. 3? The consensus is Mac Jones, but there are other QBs who offer plenty of value, from a team and betting standpoint. Justin Fields should be the pick since Jones is basically Jimmy Garoppolo 2.0 and the team is apparently moving on. With three signal-callers likely taken with the first three picks we segue into another QB-based prop.

2021 NFL Draft – Number of Quarterbacks Selected in the First Round

The consensus here is that five quarterbacks are slotted for the first round. If you believe the so-called experts and their mock drafts, playing the OVER is a smart bet. But it will cost you with the juice at a hefty -600. One thing we’ve come to learn about the draft is that it doesn’t always go according to plan and the ‘experts’ know about as much as the well-informed fan. It would be a shock to see the UNDER pay out in this prop, but if you believe four is the limit in the first round you can buy it at +350.