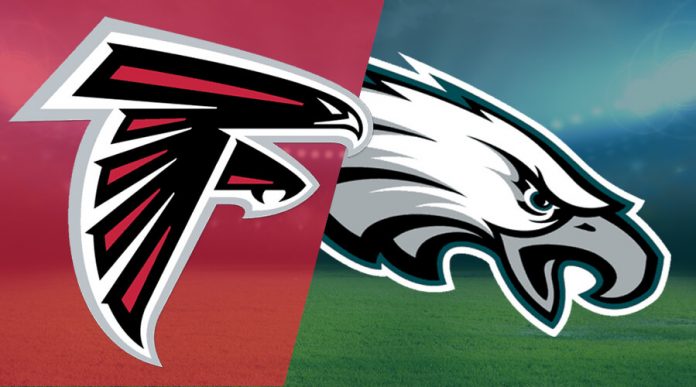 The NFL regular season kicks off on Thursday night when the Atlanta Falcons face off against the Philadelphia Eagles. The Eagles are the defending Super Bowl champions and will aim to begin the year strong, but it won’t be easy. The Falcons made the Super Bowl two seasons ago and come into the game healthy, while the Eagles will be without star quarterback Carson Wentz.

Philadelphia won the championship last year with backup Nick Foles under center but the offense is unquestionably less explosive without Wentz. There are a bunch of intriguing prop bets for this game, and the absence of Wentz must be considered for many of them.

While the general public may be focusing on the winner and loser of this matchup, bettors know much of the fun is the game within the game. Check out the prop bets available for this contest.

This game will be held at Lincoln Financial Field in Philadelphia, Pennsylvania at 8:20 p.m ET on Thursday, September 6th, 2018 and will be nationally televised on NBC.

There is a bunch of information available in the NFL, and bettors will aim to take advantage of that by coming away with winning bets. The Falcons and Eagles met in last year’s playoffs and Philly pulled out a 15-10 victory. Each side has many of the same key pieces so there likely won’t be a ton of surprises in this one.

One of the most interesting prop bets is centered on the largest lead of the game. The spread is pretty small because of Wentz’s absence and the Falcons’ talent, so when it comes to the largest lead of the game, the prop bet has been set at 13.5 points. Even though the ending is supposed to be close, it wouldn’t be a surprise for one side to grab a lead of two touchdowns at some point.

Another prop bet asks if either team will score in the final two minutes of the first half. It usually happens as teams that are in field goal range will hit one with time ticking down. The “yes” option is the -265 favorite while the “no” would be an upset and is being wagered on at +200.

There should be multiple touchdowns in this matchup, but one prop bet asks, how long will the shortest one be? The ‘over-under’ is set at 1.5 yards, so either the Eagles or the Falcons would have to score from really close for the “under” to hit. It happens quite a bit and the “under” is the -125 favorite while the “over” is listed at -105.

Both teams have quite a bit of talent on defense. A prop bet wonders if a fumble or an interception will be the first turnover of the game. An interception is the -150 favorite, while the fumble recovery is the +120 underdog.

There are plenty of prop bets focused on the kicking game. Bettors must determine if the longest field goal will be longer or shorter than 45.5 yards, and the shortest more or less than 26.5 yards. Both sides are getting equal juice so these numbers seem pegged pretty well. When it comes to total field goals, fewer than 3.5 field goals is the -140 favorite, while “over” that number is the +110 underdogs.

There is even a prop for punts, as the total number of punts on both sides is pegged at 8.5. If Foles struggles on offense like he did in the preseason, the “over” could be the correct call on total punts.

Eagles vs Falcons – Who To Bet On

The best prop bet play is “over” on the biggest lead of the game. These two teams look pretty evenly matched but it is common for a team to be sharp in the opener while the other struggles. The Eagles are the defending Super Bowl champions so they could come out like gang busters, but using a backup quarterback could also mean trouble. Either way, the Eagles or the Falcons figure to lead this game by 14 points or more at some point.

NFL ATS Pick: Largest lead of the game “over” 13.5 points

Check out the latest NFL game props and odds for today.