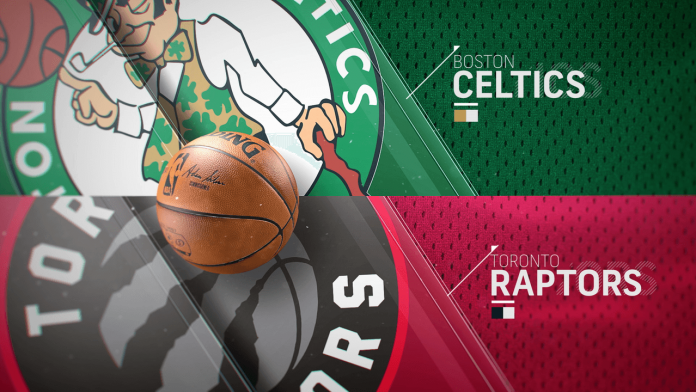 Will the real Boston Celtics please stand up? It’s been a confounding year for the preseason favorite to win the East, and the Celtics are mired in another of their mystifying stretches. A one-point loss at the conference leading Bucks wasn’t terrible. A 10-point setback in Chicago certainly was, and the questions about the team’s leadership have started to be asked all over again.

The Celtics have lost four of their last six games to fall further off the pace in the East. They are not in danger of missing the postseason, but they aren’t where most expected them to be. And frustrating lapses have been an issue. The Cs will try and get back on track north of the border with a matchup against the Toronto Raptors on Tuesday.

Even with their two straight defeats and losses in four of their last six games, the Celtics own a 37-23 record, which is good enough for fifth in the conference. They are in a battle with Philadelphia and Indiana for the third and fourth slots, which would ensure homecourt for the opening playoff round. Boston’s bugaboo has been its play on the road where they are a sub-.500 team. The Celtics are just 14-15 on the road and look to end their two-game slide against the Raptors.

Toronto has the second-best record in the NBA and looks to avoid its first losing skid in a month. The Raps had their seven-game winning streak stopped by the Orlando Magic last time out in a game Kawhi Leonard didn’t play. It wasn’t the absence of Leonard that caused the Raps to fold against the Magic, though. It was a complete effort. And there haven’t been many this season. The Raptors are just two games behind Milwaukee for the top spot in the East and they beat the Cs in Canada earlier this season.

Leonard is Player To Watch

The belief was that Kawhi Leonard and his playoff experience with San Antonio was the missing link to ending years of postseason frustration. We won’t know for another few months, but the regular season has been just fine. The Raptors have managed Leonard’s work load by giving him days off every so often and not playing him in both sides of a back-to-back in an effort to keep him rejuvenated for the second season.

Leonard was given the day off against Orlando on Sunday and the Raps were blasted on their home floor. That’s been the exception and not the norm with the team going 13-4 in games without Leonard. He is expected to play on Tuesday and that’s a positive for the Raps. In three games against the Celtics this season, Leonard is averaging 31.7 points and 9.7 rebounds.

The teams will conclude their four-game season series on Tuesday and home court has been a factor so far. The Celtics are one of three Eastern Conference teams with multiple wins over the Raptors and both of their victories came on the parquet floor, including a 117-108 victory on Jan. 16.

The veterans came through for the Cs in that outing with Kyrie Irving going for 27 points and 18 assists, Al Horford dropping 24 points on 9 of 12 shooting, and Gordon Hayward even got in on the fun with 18 points. Boston shot 50 percent in that game and needed everything to offset Leonard’s 33 points and 22 from Serge Ibaka. The Celtics also captured a 123-116 win while the Raptors extended their home winning streak over Boston to seven games with a 113-101 win during the first week of the season.

The Celtics were in a similar situation prior to the All-Star break having lost two in a row to the LA teams by surrendering big leads in both. They headed to Philly without Irving and were not given much of a chance against the Sixers. They pulled off the upset anyway. The Cs will have Kryrie for this one, but the Raps will have Kawhi, and on their own floor, the Raptors have been good. They’ll shake off that loss to Orlando and have enough in the tank to hold off Boston, though the Celtics are a good pick to cover the spread.