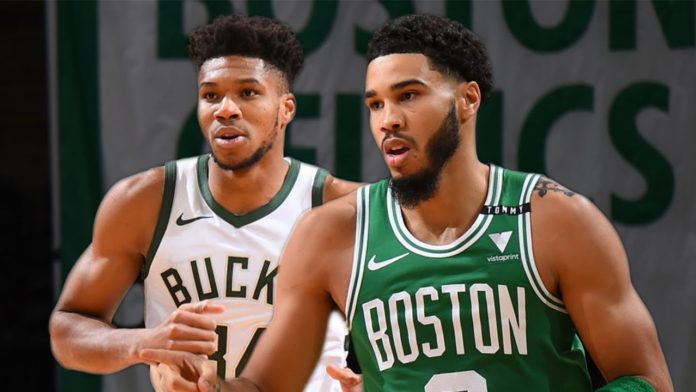 The Milwaukee Bucks take a seven-game winning streak into Wednesday’s showdown with the Boston Celtics. The Bucks are on one of their patented runs as they continue their assault on the top spot in the Eastern Conference standings.

We’ve seen this from them over the previous two seasons as they posted the best record in the NBA. It’s not so much about regular season success now rather it’s about winning in the postseason. With that in mind there’s a good chance MVP Giannis Antetokounmpo sits after he injured his knee a few games ago. Without Giannis in the lineup the Bucks destroyed Indiana last time out for their 12th victory in 13 games.

This Eastern Conference game is scheduled for Wednesday, March 24, 2021. Tip-off is set for 7:30 p.m. ET from the Fiserv Forum. The game will be broadcast live on ESPN.

There weren’t many who thought the Celtics would be below .500 43 games into the season. After losing to Memphis on Monday, their fourth setback in five games, that’s exactly where they are with a ledger of 21-22 SU and 19-24 ATS. What’s more concerning is their standing in Eastern Conference. They are currently tied with the Knicks for the seventh spot barely ahead of Chicago and Indiana. They will need to play with a sense of urgency, but even that might not be enough to get them over the hump. Last month during a stretch of six losses in eight games, GM Danny Ainge made a comment about the roster not being good enough. Well, things haven’t changed and the likelihood of Boston making a deal ahead of the trade deadline is a distinct possibility.

In terms of their record the Bucks aren’t the best team in the NBA. They’ve been the best over the last few weeks, however. Playing without two-time reigning MVP Antetokounmpo, they didn’t miss a beat offensively in their 140-113 win over Indiana. That just shows you how good the team is overall. Just last month the Bucks endured a five-game losing streak which wasn’t overly concerning. And the Bucks showed why they weren’t alarmed. They rattled off five straight wins after that funk and won seven more in a row after a loss to Denver. They’ve scored at least 120 points in five of those games while topping the 130-point plateau three times. They cashed the OVER in five of their last six games and the OVER is 25-16-1 for the season. Without Giannis in the lineup the Bucks matched a season-high point total in Monday’s win over the Pacers.

It looks like the Celtics just aren’t that good. I’ve been waiting for them to turn a corner and there were times when it looked like it was happening. They reeled off four straight wins before the All-Star break, but the hiatus did them more harm than good. They are just 2-5 SU and ATS since play resumed with losses to Cleveland, Sacramento and Memphis. Depth and defense have been major issues and both were evident against the Grizzlies.

Playing without leading scorer Jayson Tatum and Kemba Walker, the Celtics played valiantly but were undone by their inability to stop Ja Morant, who scored 29 points in the Grizzlies’ 132-126 overtime win. The good news is that Walker and Tatum should be back in the lineup Wednesday. The bad news is that they have to try and contain the league’s second-highest scoring team.

Other than having Antetokounmpo injure himself it’s been a fun few weeks for the Bucks. And they are relishing the fact that they aren’t getting all the publicity. That belongs to the Nets and Philadelphia in the East. The question remains regarding the health of Antetokounmpo. He apparently injured his knee in Saturday’s win over San Antonio and sat out Monday’s tilt. There haven’t been any updates as of yet, but it would be wise to rest the MVP considering the club has a score to settle come playoff time.

The acquisition of Jrue Holiday was the big offseason move. Holdiay missed a long stretch due to COVID issues and recently returned. It looks as though he’s back to 100 percent. Holiday did most of the damage in the most recent win hitting 11 of 15 shots for 28 points. Khris Middleton added 25 and Pat Connaughton, getting the start in place of Giannis, made 6 of 7 triples for 20 points. As a team they shot 56 percent from the field and 62 percent from three-point range.

The teams met earlier in the season with Boston posting a 122-121 home victory in December. That seems like such a long time ago. The Celtics find themselves battling for a final playoff spot in the East and need to play desperate basketball. The return of Walker and Tatum will certainly help, and going against a Giannis-less Bucks is a plus. Don’t expect Milwaukee to shoot the way it did on Monday night giving the Cs a chance.

Check back here for the latest odds on this game.