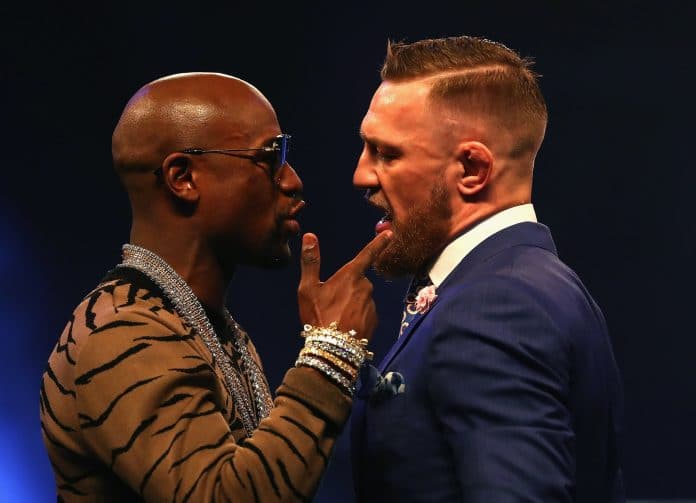 In just a few days, Floyd Mayweather Jr. and Conor McGregor will step inside the squared circle and trade leather. Love it or hate it, it’ll be one of the biggest combat sports spectacles the world has ever seen. It’s so freaking big that there are some sportsbook offer over 100 different wagers when you include all the prop bets.

Haven’t been keeping up with the sportsbook action? Don’t even trip. We’ve been tracking the odds daily for months to make sure you get the best advice. Today, we’re featuring the best betting values inside the boxing odds at BookMaker.eu – and it goes way beyond just picking a guy to win.

Because if you think about it, these dudes are about to get paid. There’s no reason you shouldn’t get a piece of the action.

Floyd Mayweather to win at -450

Look, I get that it’s easy to talk yourself into believing McGregor has a shot: he’s younger, bigger and a southpaw with one-punch KO power. He’s bringing an MMA skillset into the ring – something the 40-year old Mayweather has never seen. But let’s be real here: McGregor is a boxing rookie facing the best defensive boxer of the generation, maybe history.

Oddsmakers had it right when they opened with Mayweather at -1100, but a flood of action on McGregor has moved Floyd’s line into a range that’s far more affordable. That’s good news for you, even though the price is still hefty. If you’re really looking to up your payout, then use Mayweather to win as a parlay.

If you’re absolutely convinced that McGregor pulls off the miracle, then you’re either Irish or smoking something that you probably shouldn’t be (in which case sharing is caring). Just make sure that you’re getting the best value if you’re going to lay down some cash money on Mystic Mac.

There’s no way that he outboxes Mayweather over 12 rounds – he has to take “Money” by surprise and hope that left cross puts him down for the count. The McGregor by KO/TKO or DQ prop pays out +416, more than 100 points than his money line to win straight up.

Hedge play: if you’re betting on Mayweather to win, put a small amount on this prop to protect yourself from an upset.

Mayweather by Unanimous Decision at +305

Mayweather recently stated that it should be considered a win for McGregor if the Irishman went the full distance. There’s definitely some truth to the statement, especially when it comes to betting. Currently, you can get paid out better than 2-1 if Mayweather wins by decision. And as we stated earlier, if this goes to decision it’ll be certainly in favor of “Money”.

McGregor has never been knocked out, and Mayweather isn’t a power puncher. The last time “Money” put anyone down for the count was September 2011, when he iced Victor Ortiz. Since then, he’s fought to decision in seven straight fights. It’s been two years since he’s fought professionally, and he even admitted that he’s lost a step or two.

No Glove Touch Before the Fight at +160

Before every fight, the ref brings the fighters together and tells them some variation of “fight hard, fight clean, obey my directions and touch gloves.” Most of the time, when prompted guys will instinctively raise their gloves and touch, even while they’re mad-dogging one another.

But this really feels like a coin flip, which makes the underdog “No” play a solid pick at +160.

But in this matchup, we might see a repeat of both of McGregor’s fights with Nate Diaz. In those face-offs, both men started jawing at each other, leading to a handful of bodyguards stepping between them while the ref gave his instructions. There was so much physical distance between them that it would have been impossible to touch gloves even if they wanted. This is an even bigger matchup, which means increased security.

Check out the latest Mayweather vs McGregor betting odds.