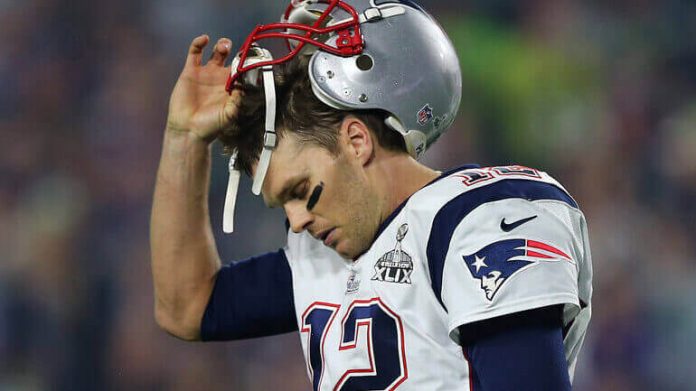 At this time last year, the New England Patriots were preparing for life without arguably their best player in franchise history. Tom Brady had been suspended for the first four games of the season for his role in the Deflategate scandal from the year prior.

He appealed the suspension and had the decision reversed, and he was able to play in all 16 games of 2015.

A series of appeals took more than 550 days to complete, but after yet another court ruled against Brady and reinstated the suspension, the quarterback will give up the good fight and ultimately sit out the first four games of the 2016 NFL regular season.

Theoretically, the Patriots are in better hands now with Jimmy Garoppolo starting under center than they would have been a year ago. That said, Garoppolo didn’t really pick up any meaningful game experience in 2015, and the schedule over the course of the first four games of the year could leave the Pats in a lurch.

Brady will miss three home games and one road outing, which is the season opener against Arizona. The Pats might have been underdogs in that one regardless, but the three home games after that each present their own challenges.

Miami’s defense has a history of playing above its means against the Patriots in the past. The next week against Houston comes on a short week on Thursday Night Football. The last of the four games is against Rex Ryan’s Bills, and you never know what Ryan is going to throw the way of any quarterback.

The Patriots’ odds to win the Super Bowl didn’t really change all that much based on the news that Garoppolo was going to be forced to start the first four games of the year. Brady is still going to play three-quarters of the regular season.

New England is still going to be favored in three of the four games in which its project quarterback will start. As mentioned above, it wouldn’t have been favored at Arizona one way or the other in Week 1 in all likelihood.

That’s all changed now. The Patriots are still featuring a very high season win total of 10.5 on Bookmaker.eu. But the under is actually the slight favorite at this point at -114. Green Bay, Carolina, Pittsburgh and Seattle all have slighter higher season win totals based on juice.

The Patriots opened up at -1 against the Cardinals in Week 1 when sportsbooks released the opening game lines this summer. They are set at +5.5 at this point, a sign that Brady’s absence is worth a full touchdown in the eyes of the oddsmakers.