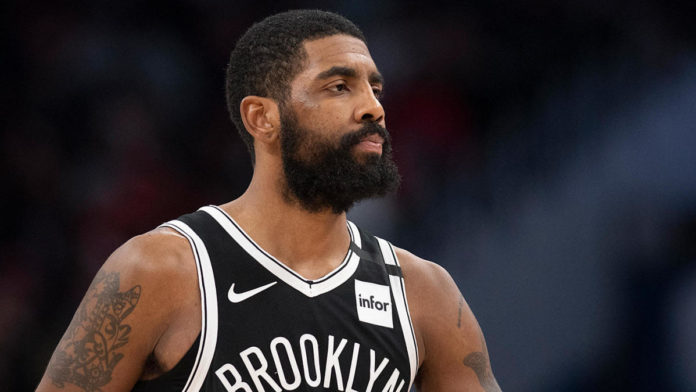 The Brooklyn Nets will try and get back on track when they visit the New Orleans Pelicans on Tuesday night in the first game of a TNT doubleheader. The Nets have dropped three of their last five games to fall further behind Philadelphia for the top spot in the Eastern Conference. And they’ll move forward without the services of Kevin Durant, who’s been ruled out for this encounter. Since acquiring James Harden in January the Nets have been on a roll, but we’ve rarely seen the Big Three on the court together. The Nets are hopeful that changes once the postseason rolls around.

There were visions of a NBA championship when the Nets acquired Harden. They already had playoff aspirations with Durant and Kyrie Irving on the roster. The trio has been on the court together just a handful of times and we won’t see them in the next few games. Durant sustained a thigh injury last game and has been ruled out of Tuesday’s contest. Meanwhile, Harden remains on the shelf recovering from a hamstring injury. Still, the Nets have been able to hang with the Sixers most of the year. They haven’t lost consecutive games since early February, but they are just 2-3 SU and 3-2 ATS over their last five and they enter this matchup off a 109-107 loss to Miami where they were favored by 5-points.

For a team going through a rebuild, suffering a loss like the Pelicans did on Sunday is hard to swallow. They led the Knicks by six points with less than two minutes left in regulation and they lost in overtime. And unfortunately it’s been a common occurrence. The Pels have blown a number of late leads this season and twice they succumbed when leading by at least six points in the final two minutes. Young teams experience growing pains and the Pels have had their share. You don’t expect pro athletes to mess up the way they did on Sunday, though. After allowing a game-tying three-pointer in the waning seconds when instructed to foul, Stan Van Gundy said his team deserved to lose. We’ll see if they come out motivated after that comment.

Already without Harden and Durant, the Nets also ruled out Nicolas Claxton, Reggie Perry, Chris Chiozza and Tyler Johnson. They also suffered a roster setback last week when LaMarcus Aldridge unexpectedly retired. It’s obvious Steve Nash doesn’t care about his team’s seeding in the Eastern Conference. Last week he sat Durant for a game against Philly with first place on the line. The Nets were already without Harden and they lost 123-117.

The hope is that KD, Harden and Irving will all be ready when the playoffs start in a few weeks. Winning a title is after all their ultimate goal. They are getting quality minutes from guys like Landry Shamet and Joe Harris. Harris is the only player to appear in every game this season and is the leading scorer behind the Big Three averaging 14.3 points.

The Pels continue to find ways to lose games and it’s going to cost them. They’d be a handful in a one-game play-in, but they may not get the chance. The loss to the Knicks on Sunday, their third straight overall and second to New York by 10 points in a four-day span, put them three games behind San Antonio for the 10th spot in the West with a record of 25-32 SU and ATS. They did play over the total in that game moving the OVER to 7-4 in their last 11 games and 37-20 for the season.

With Zion Williamson and Brandon Ingram doing a bulk of the work, the Pels have no trouble scoring. They average 114.5 points while shooting nearly 48 percent as a team. The issues are on defense where they surrender over 115 points per game with opponents shooting nearly 40 percent from three-point range. The combination makes for exciting games and also causes the coach to lose more of his hair.

The Pelicans desperately need a win and after the tongue lashing they got from Van Gundy I would expect to see them play an inspired game. Their chances of winning improve with the Nets down a number of players, including Durant and Harden. They still have Irving and a host of solid role players that will keep them close, but I like the home team to prevail with Williamson going off once again.