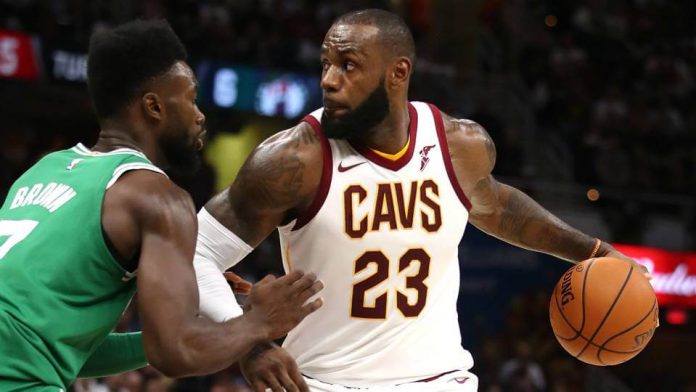 The Cleveland Cavaliers were favored heading into the Eastern Conference Finals, but didn’t look like the better team though two games. The Boston Celtics won both games at home to start but Cleveland answered with a pair of impressive wins at home to even up the series.

The Cavaliers can take control of this series if they are able to go on the road and knock off the Celtics in Boston. The oddsmakers believe this one is a virtual coin flip and whichever team can emerge victorious will only be one game away from the NBA Finals.

The pressure is on the Celtics, as another loss would send the series back to Cleveland with elimination on the line. But a win would change the tenor of the series. This one is setting up to be a classic as the Celtics are hoping a return home pushes them over the top.

Game 5 of this NBA Playoff Series is on Wednesday, May 23, 2018 at 8:30 p.m. ET at the TD Garden in Boston, Massachusetts. The game will be nationally televised on ESPN.

The Celtics are listed as 1-point favorites in Game 5 to cover this spread. It will be interesting to see where the money comes in, as it wouldn’t be a surprise if the Cavaliers get the majority of the action based on recency bias.

The scoring total is listed at 206 points after the “over” was the correct call in Game 4. The teams are even on the moneyline, with both the Cavaliers and Celtics being wagered on at -110 to capture this game straight up.

The Cavaliers jumped out to a 16-point lead after the first quarter and were never really threatened, cruising to the 111-102 win. James once again led the way as he scored 44 points on 17-of-28 from the field. Kyle Korver had an excellent game off the bench, adding 14 points and three blocks.

Jaylen Brown finished with 25 points and six rebounds for the Celtics and the team scored decently, but the defense was the problem. Boston is usually a lockdown team but the Cavs scored 68 points in the first half and shot 50.6 percent from the field in the contest.

The Celtics need to play better on that end of the court to have a chance at winning Game 5.

The Celtics have played nine games at home in these playoffs and they have won them all. Boston has had home court advantage in each round and it came in huge early on. The Celtics went seven games against the Bucks in the first round and they won every game at home while dropping each one on the road, escaping in seven games.

The Celtics were underdogs in the Eastern Conference Semifinals but again took advantage of the home court, winning all three at home to close out the 76ers in five games. Boston again jumped out to a quick series lead against Cleveland by winning both at home.

The Celtics will make the NBA Finals if they manage to win both of the final home games in this series but Cleveland is a tough foe and that is far from guaranteed.

The Celtics play well at home and should keep this one competitive, but the Cavaliers have found a nice groove. James knows how much this game means as he doesn’t want the Cavs to fall behind again in this series.

Cleveland is the pick to win this game and cover the spread. The Cavaliers will put themselves in position to clinch the series at home by taking care of business in Game 5.