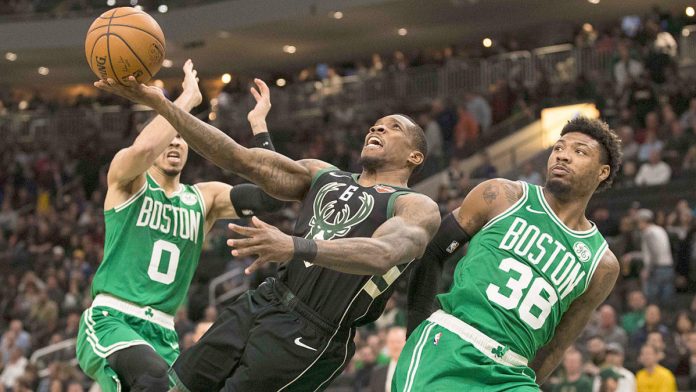 The Boston Celtics were inconsistent in the regular season, but looked like a true title contender in an easy first-round win over the Pacers. The competition ramps up considerably next time out when their second round series begins against the Milwaukee Bucks.

Milwaukee is the superior team and has the home court advantage in Game 1, so it is no surprise to see it will be the team to beat in this one. However, if the Celtics play like they did against Indiana, this could be a good game and overall series. There were many lopsided matchups in the first round of the Eastern Conference playoffs but the competitiveness should kick up in this one.

The Bucks are listed as 7.5-point favorites to win this contest. They were the best team in the regular season and are the team to beat in the Eastern Conference. Milwaukee comes in at -310 on the moneyline while the Celtics are +250 on the moneyline. The scoring total is set at 223.5 points, as it’s an interesting matchup between a strong offense and a good defense.

The teams played three times in the regular season and the Bucks came away with a pair of wins. Boston struck first with a 117-103 win in early November as Kyrie Irving had 28 points to lead the way.

Milwaukee pulled even with a 120-107 victory a few days before Christmas, as Giannis Antetokounmpo scored 30 points and the Bucks dominated from the start. The Bucks claimed the season series by squeaking out with a 98-97 win in mid-February. Khris Middleton made the big play in that game, hitting a three-pointer as time ticked down in the fourth quarter to give the Bucks the nail-biting win.

While Boston only won one of the regular season games, staying close in the finale should give it confidence heading into this series.

The Bucks will be without guard Malcolm Brogdon for at least the first two games of this series as he continues to recover from a foot injury. He is averaging 15.6 points, 4.5 rebounds and 3.2 assists per game on the year but hasn’t played since the middle of March.

Brogdon will be re-evaluated after the second game and it remains to be seen when he can get back in the lineup.

Boston guard Marcus Smart remains out and it is unknown when he will be back on the court. Smart is an impressive defender and is averaging 8.9 points and 4.0 assists per contest.

The Celtics have plenty of talent and the people who believed they would turn it up come playoff time were right in the first round. However, Milwaukee is a better team than Indiana and also swept its way into the Eastern Conference semifinals.

The Bucks are going to make a big statement in this game. The spread is likely going to get some significant action on the Celtics, but Milwaukee is good enough to cover. The “under” is the right choice as Boston is going to slow this game down.

Check out the latest NBA betting odds and lines.