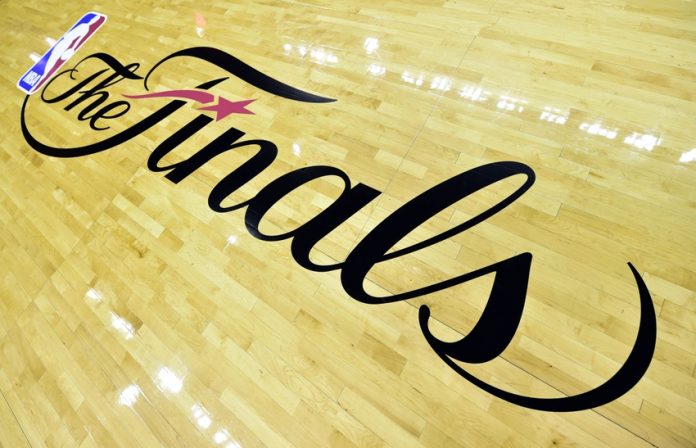 Who would have thought even three or four weeks ago that the Cleveland Cavaliers wouldn’t win the regular season crown in the Eastern Conference. Alas, they finished as the No. 2 behind the Boston Celtics, thus sending them on the road for Games 1 and 2 of the presumptive Eastern Conference Finals. That though, hasn’t stopped the oddsmakers from showing supreme confidence that the two combatants in last year’s NBA Finals will have a rematch in June.

Golden State Warriors (-235) – “Just” 67 wins this year for the Dubs. With Kevin Durant now healthy, this team sure doesn’t look like it’s got any chance of being stopped before facing either San Antonio or Houston in the West finale.

Cleveland Cavaliers (+380) – The Cavs are going to need to turn it around in a hurry if they’re going to win a second straight title. Remember this team went just 20-21 on the road.

San Antonio Spurs (+900) – Kawhi Leonard and company have a lot of work to do to get past Memphis and Houston just to get to Golden State.

Houston Rockets (+2500) – James Harden is good enough to carry this team a long, long way. It’s just unfortunate that the supporting cast around him flat out isn’t good enough to hang with the Spurs or Dubs.

Los Angeles Clippers (+3000) – At some point, this team just needs to be torn apart and started over. Perhaps if the Clippers get swept by Golden State (or don’t survive Utah!), that point will be driven home.

Toronto Raptors (+3000) – Does anyone even remember the fact that the Raps were in the East Finals a year ago? Dwane Casey’s team is better this year than it was last year and is more likely to be able to take a big run at the Cavaliers in the presumptive second round match than it was in the conference finals last season.

Washington Wizards (+4000) – Is this the scariest team in the East? The Wizards can play with Boston for sure, and as the No. 4 seed, they get to avoid the Cavaliers until the East Finals if they can get that far. Don’t count John Wall, Brad Beal and the gang out.

Milwaukee Bucks (+15000) – The Bucks had to really fight hard just to get into the postseason. It’s just too bad Jabari Parker won’t get some great playoff experience this year.

Utah Jazz (+15000) – Utah is going to have a tough offseason trying to prove to Gordon Hayward that he needs to stay in the Beehive State. Beating the Clippers in the first round might do the trick to keep him and Rudy Gobert paired together for the long haul.

Chicago Bulls (+20000) – Talk about getting an assist! The Bulls not only got to play the Nets the last game of the season to lock up the last playoff spot, but they got to do so with the team’s six best players out of the lineup.

Indiana Pacers (+20000) – Indiana played good ball down the stretch to earn a playoff bid, but the end result of having to play against LeBron James and company in the first round of the postseason feels more like a curse than a blessing.

Atlanta Hawks (+22500) – Dwight Howard didn’t change a thing for the Hawks this year. They’re no closer to a title than they were without him.

Oklahoma City Thunder (+22500) – Russ and the idiots. Westbrook can, of course, win the whole damn thing on his own with the way he played during his unbelievable season, but this team gave everything it had with Kevin Durant to push the Warriors. It’s not going to get any easier with Durant now in Oakland.

Memphis Grizzlies (+25000) – Another year, another short stay in the playoffs inevitably coming in Memphis.

Portland Trail Blazers (+30000) – Good on the Blazers for sneaking into the back of the postseason, but if they get one game against Golden State, most will be surprised.

Check out the latest NBA odds on our NBA live lines odds page.