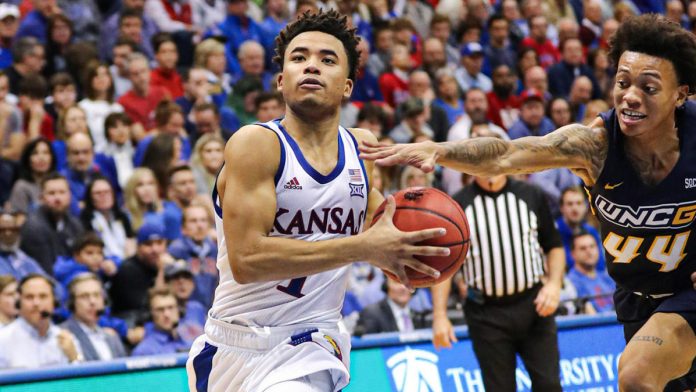 There weren’t any major changes in the AP Top 10 from last week to this week. Eight of the ten teams were ranked in the same spot that they were the previous week, while Duke and Villanova switched position between eighth and ninth. There could be some major changes in store next week though looking at the action taking place this weekend. Almost every major team is playing on Saturday since the Super Bowl is on Sunday, so this will be one of the busiest days of basketball of the college basketball season.

Xavier at No. 10 Seton Hall

Seton Hall is still unbeaten in Big East play. The Pirates are one of the hottest teams in the country, winning 10 straight games, and they have their sights set on their first Big East regular season title since 1993. They have a three-game lead on every other team besides Villanova, and they will be out to keep that streak going at home against Xavier in the first game on Saturday. Seton Hall beat Xavier 83-71 in Cincinnati three weeks ago, and senior guard Myles Powell could be in line for another big night.

No. 14 Michigan State at Wisconsin

The Spartans were the No. 1 team in the country in the preseason, but they have already lost five times this year. Michigan State has not been as efficient as many pundits were expecting, but they still have a narrow lead in the Big Ten title race. Tom Izzo’s bunch is 8-2 in Big Ten action, and the Spartans will look to pick up a crucial road victory against Wisconsin. The Badgers aren’t as good as they have been in past seasons, but Michigan State has lost two of its last three road games. Preseason Naismith Player of the Year frontrunner Cassius Winston has backslid a bit as a senior, and that has kept the Spartans from living up to their potential.

Texas Tech at No. 3 Kansas

Chris Beard and the Red Raiders might be turning the corner. Texas Tech made it all the way to the national championship game last season, but the Red Raiders fell short against Virginia and they carried that hangover into this year. They lost three straight games in non-conference action, yet this team has looked much better over the last week. The Red Raiders almost knocked off Kentucky in Lubbock last weekend, and they secured a big win over No. 12 West Virginia in midweek action. Kansas is still dealing with multiple suspensions after its kerfuffle against Kansas State, so a trip to Lawrence isn’t as daunting as we have seen in previous years.

Texas Tech rebounds with 89-81 win over No. 12 West Virginia. https://t.co/efFKwuMAcL

The tables have turned with regards to these programs. Rutgers is no longer a perennial bottom feeder in the Big Ten, and the Scarlet Knights are primed to have their first winning record since the 2005-06 season. It’s been nearly three decades since Rutgers was last in the NCAA Tournament, but this program is currently in with a record of 16-5 and wins over Seton Hall, Penn State, and Indiana. Meanwhile, Michigan is just 3-6 in conference play and 1-5 away from home in Big Ten action, so the Wolverines will be an underdog against the Scarlet Knights in Madison Square Garden.

This is the first of two meetings between two of the top teams in the SEC this year. Auburn has stabilized after getting blasted by Alabama and Florida for its first two losses of the season, while Kentucky is the perennial team to beat in the conference. The Wildcats have already knocked off Michigan State, Louisville, and Texas Tech this season, so I wouldn’t be surprised to see them as a slight favorite on the road.

The Aztecs are the only undefeated team in the nation. San Diego State is 22-0, and this team has steamrolled its way through the Mountain West. Utah State gave SDSU one of its tougher tests earlier this year though, and the Aggies are optimistic they can stop the streak.