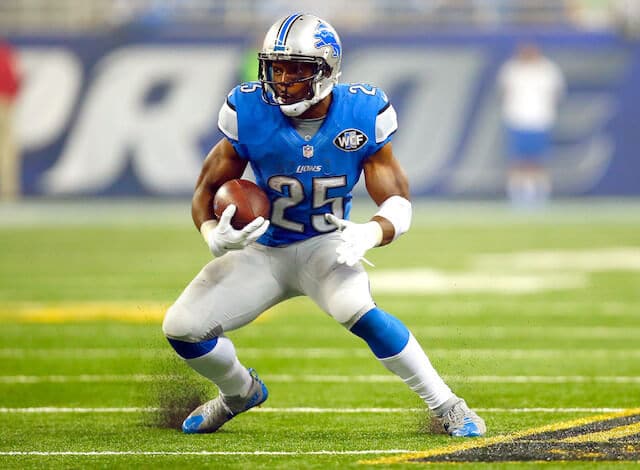 Nowadays, it’s hard to find any play on the board in either college football or the NFL that would legitimately classify as a “sleeper pick.”

Heck, at the beginning of the 2016 NFL season, some analysts on big sites like CBS and FOX Sports were suggesting that the Cleveland Browns could be the Super Bowl champions merely because it was the “Year of Cleveland.” Name me a team, and I’ll find you a publication out there that thinks that team is going to be the best or the worst in its division, league or conference.

Here Are a Few Sleeper Examples

That said, for betting purposes, when you think of the term “sleeper pick,” you like to think of teams that are merely being undervalued for the purposes of day-to-day football betting lines. That team doesn’t have to go 13-0 and win the National Championship or win their division at 12-4, but it does have to be able to cover spread after spread against seemingly all odds.

In 2015, the Washington State Cougars went 9-4, including winning a bowl game against Miami. They finished up their year with one of the best ATS marks in America at 10-3, but they were nowhere near the best team in the Pac-12.

In fact, they went just 6-3 in conference, but it did cover eight of the nine games. Why did Wazzu become a great college football sleeper pick? Because in Week 1, as a 30-point favorite, the team was beaten by Portland State at home.

Take the 2015 Minnesota Vikings as another great example of a team that legitimately qualified as a sleeper pick even though the club didn’t end up contending for a Super Bowl. The Vikes went 13-3 ATS to lead the NFL, and they won the NFC North in spite of the fact that they Green Bay Packers are in their conference.

Minnesota was always expected to take some steps in the right direction, but to ultimately win 11 games and cover 13 was the ultimate form of a sleeper pick.

But What Makes a Sleeper Pick?

You hate to generalize and say that it comes down to nothing but quarterback play, but clearly, the QB is the biggest reason why a team goes from being just an average team to a sleeper team in a hurry.

In the case of Washington State, Luke Falk went from a no-name to an NFL prospect when, as a sophomore, he threw for 4,561 yards and 38 TDs against just eight INTs over 644 passing attempts in Mike Leach’s offense. No one had heard of Falk before he stepped onto the field in 2015, but he quickly became one of the top passers in the Pac-12.

In the case of the Vikings joining the NFL picks, it was all about Teddy Bridgewater. Sure, this defense improved drastically for Minnesota as well, but Bridgewater’s play was much higher in 2015 than it was in 2014, and his expectations were incredibly tempered coming into the season.

Go back and look at the top ATS teams from 2015 and their quarterbacks. Teddy Bridgewater’s Vikings, Andy Dalton’s Bengals and Cam Newton’s Panthers were the only teams to cover 10 or more games in 2015.

Newton became a household name in a hurry, but he was nowhere near the list of top quarterbacks in the NFL before winning the MVP award in 2015. Dalton and Bridgewater were both first round picks that finally took some major strides in the right direction for their team’s NFL odds to improve.

Typically, the term “sleeper pick” refers to finding a team who wins a championship out of nowhere. It happens from time to time, but for the most part, the teams who are favored at the start of the year are amongst the ones challenging for a championship at season’s end.

Where you can really find football betting value in sleepers is in the day-to-day and week-to-week grind, and there’s far more value in finding a team you can bet on for the entire season than one you just take out a lottery ticket on to win the Super Bowl anyway.

For more football betting tips, check out How to Get an Edge With Depth Charts.