If you were able to get Memphis at less than -6, you had another winning week following my picks. As I stated last week, I originally played the Tigers at -3.5, but at the time I released the play the line had ballooned to -6, so I’ll take the push.

Thursday night was a fantastic night though. Georgia Southern knocked off previously undefeated Appalachian State despite being a 15.5-point underdog per the college football betting odds. I hinted that the moneyline was worth a shot too, so hopefully those that followed got in on that payday as well.

Unfortunately, Tulsa was unable to cover the number against Tulane. The Golden Hurricane were ground up by the Green Wave running game, surrendering nearly 300 rushing yards in a 38-26 loss. That led to a 1-1-1 week, but I’m still hitting two-thirds of my plays this year. 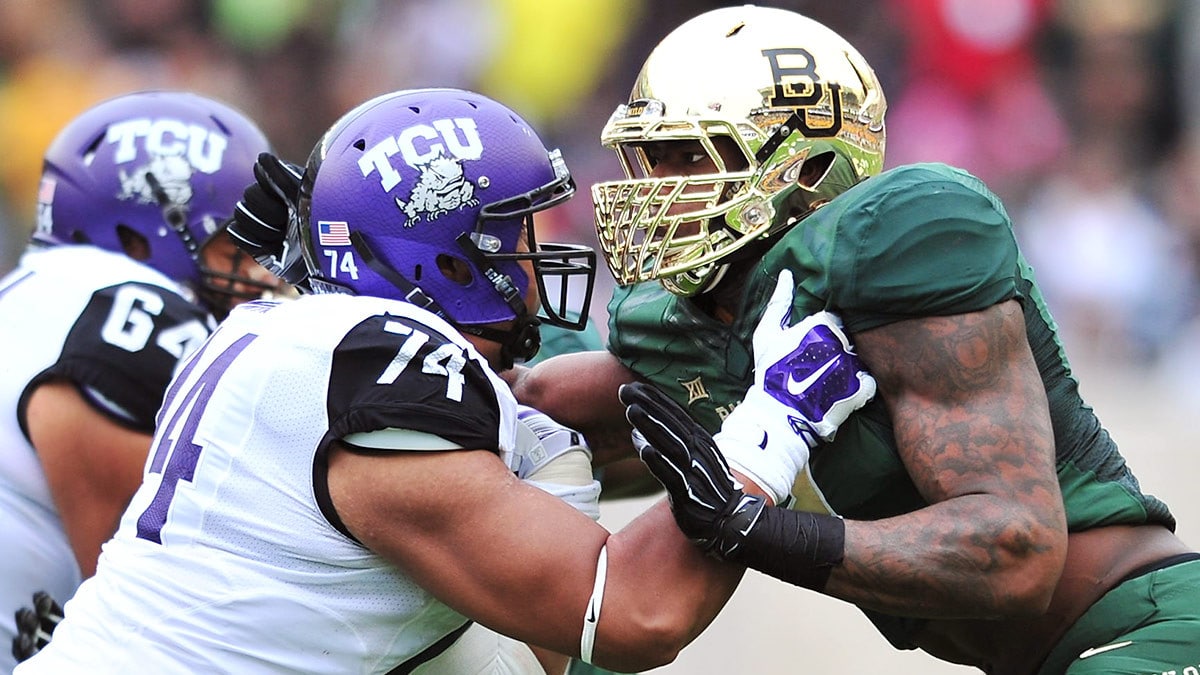 The Bears survived a scare in Morgantown on Thursday night. Baylor squeaked by West Virginia 17-14 with an underwhelming performance, and that has led to a lower college football betting line for this game. However, I believe that Matt Rhule and the Bears were somewhat looking past WVU as this rivalry with TCU is intense.

Baylor is a much better team than TCU per the advanced metrics. While the Bears aren’t as great as you might think despite being undefeated, they are 15th in the nation in SP+. TCU is 30th according to that same metric, and the Horned Frogs might not have either of their top two quarterbacks. Max Duggan injured his right middle finger on the last drive against Oklahoma State last week, and that’s never a good sign. Mike Collins is dealing with an upper body injury, and Alex Delton and Justin Rogers have both left the program.

That could lead to a disaster scenario for TCU at quarterback. Baylor has the best defense in the conference, and this is not the team to deal with that kind of problem against. Even if Duggan does play, I don’t think he’ll be very effective, leading to an easy Bears win. 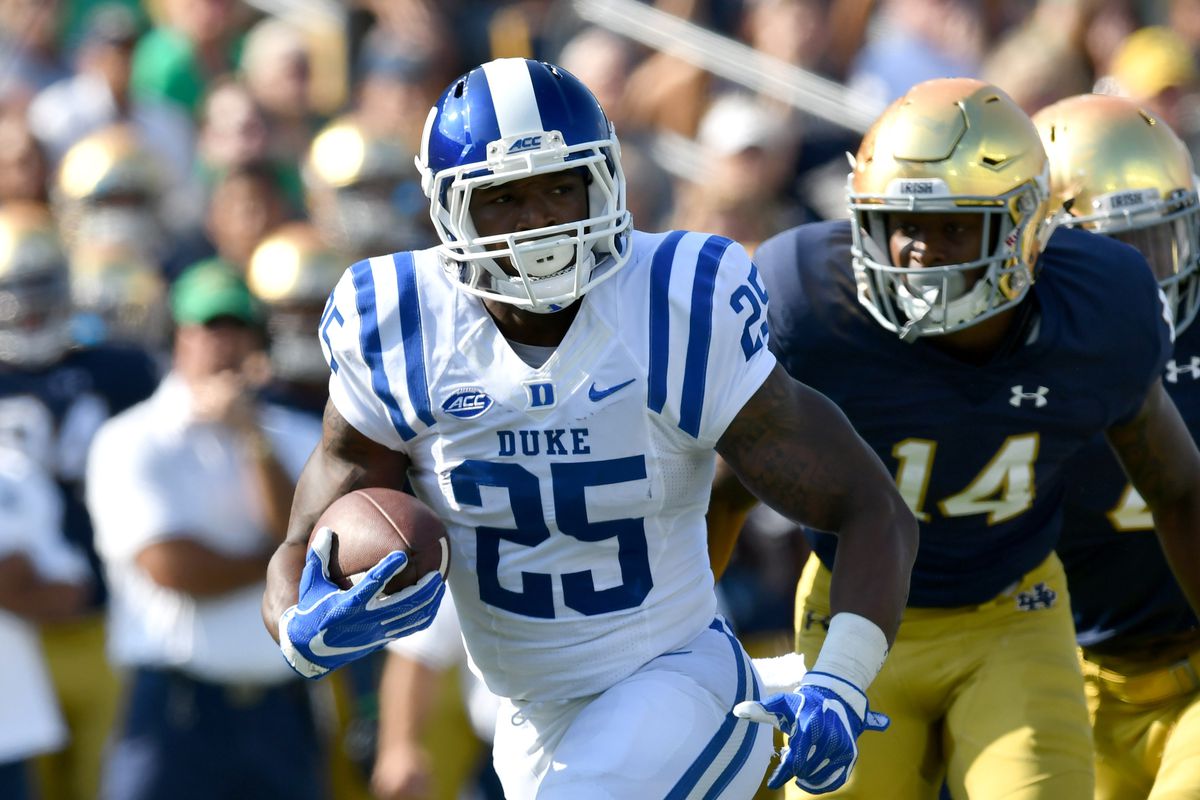 This play is more of an anti-Notre Dame play than a pro-Duke bet. The Fighting Irish nearly lost at home to Virginia Tech last week, and their offensive line is in disrepair. That has led to Ian Book posting much worse numbers than he did last season, and the play in the trenches is a lot of the reason why Michigan dominated this team in Ann Arbor a couple weeks ago.

The Blue Devils have one of the better defenses in the nation, and they can stop the run. Duke is allowing 3.7 YPC, and this team has had two weeks to prepare for a home game with Notre Dame.

David Cutcliffe is one of the most underrated head coaches in the country, and he will find ways to exploit Notre Dame’s defense. Duke is a live underdog and could win outright.

Our pick: California vs. Washington State Under 51 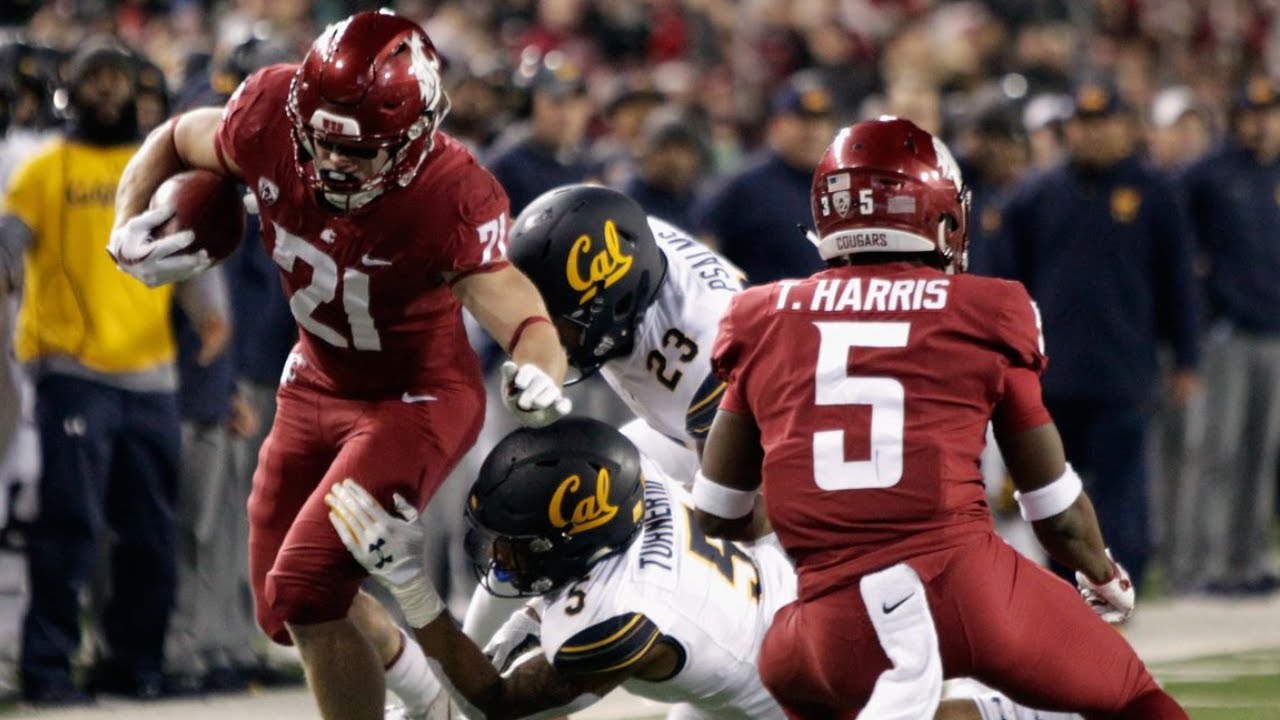 The Golden Bears have one of the best defenses in the nation, and this secondary is superb. Justin Wilcox has totally turned around this side of the ball since becoming head coach, and Washington State has scored a total of 22 points in its last two games with Cal.

Cal has major issues at quarterback too. The loss of Chase Garbers doomed the Golden Bears, and they have done little on offense since he was knocked out in late September. Devon Modster and Spencer Brasch have taken almost all of the snaps, and the two have combined to complete 44 of 101 passes for 451 yards with two touchdowns and four interceptions. Washington State doesn’t have a great defense, but the Cougars won’t have issues stopping these quarterbacks.