It’s been a disappointing November to say the least. After a red-hot September and October, I have gone stone cold in November, posting a 2-6-1 ATS record. While I’m still cashing on 60 percent of my plays, it’s been a dismal last few weeks, and I have gone from wanting to buy my fiancée a new car for Christmas to hoping she will be happy with Sephora gift cards.

None of my three plays came close to cashing as I had my first winless week of the college football season. I was unlucky with Louisiana Tech as Skip Holtz announced that he was suspending his starting quarterback for the Marshall game after I had already placed my bet, but there are no excuses for the beatdowns that California and Navy suffered at the hands of Notre Dame and USC.

I’m due for a winning week in a bad way, so let’s find that money in Week 13 of the college football season. 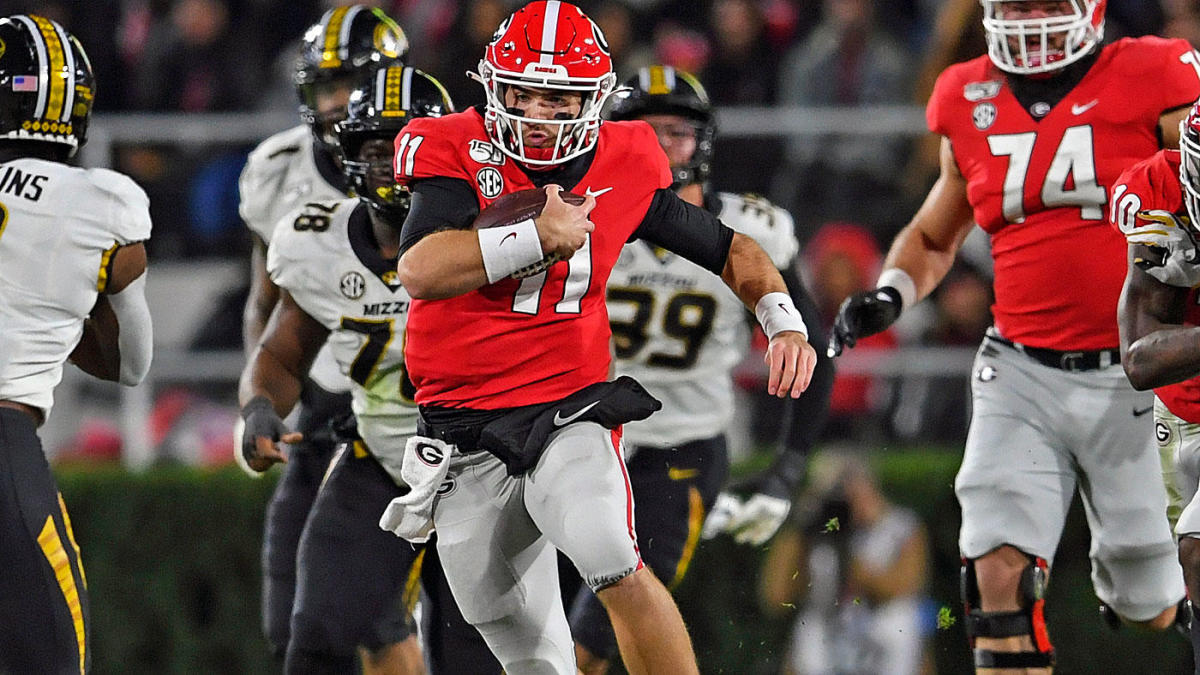 Typically, I stay away from marquee games. There usually isn’t much value as the handle is relatively large, but I love the Aggies this week and believe they have a great chance to pull off a major upset in Athens.

Jimbo Fisher thrives in situations like this. Fisher has yet to earn a marquee win for Texas A&M, but he knows how to win games against superior opponents. He will be deliberate with his play calling and shorten the game as much as possible to give the Aggies the best chance to win.

Georgia is one-dimensional on offense. The Bulldogs want to run the ball as much as possible, and they don’t fully trust Jake Fromm. Fromm has completed less than 50 percent of his passes in each of his last two games, and his best receiver is banged up coming into this game. Lawrence Cager left last week’s game against Auburn after re-aggravating the shoulder injury that has bothered him throughout the season, so he won’t be 100 percent if he plays.

Texas A&M has had a few weeks to prepare for this game too. While the coaching staff might say that they were fully focused on UTSA and South Carolina, the Aggies knew they didn’t have to spend all their time preparing to take on those two lowly opponents. Defensive coordinator Mike Elko has had time to prepare a game plan to limit Georgia’s efficacy in the run game, and I believe Georgia will be bottled up. The Bulldogs haven’t scored more than 27 points in a game since October 5, so give me the Aggies all day here. 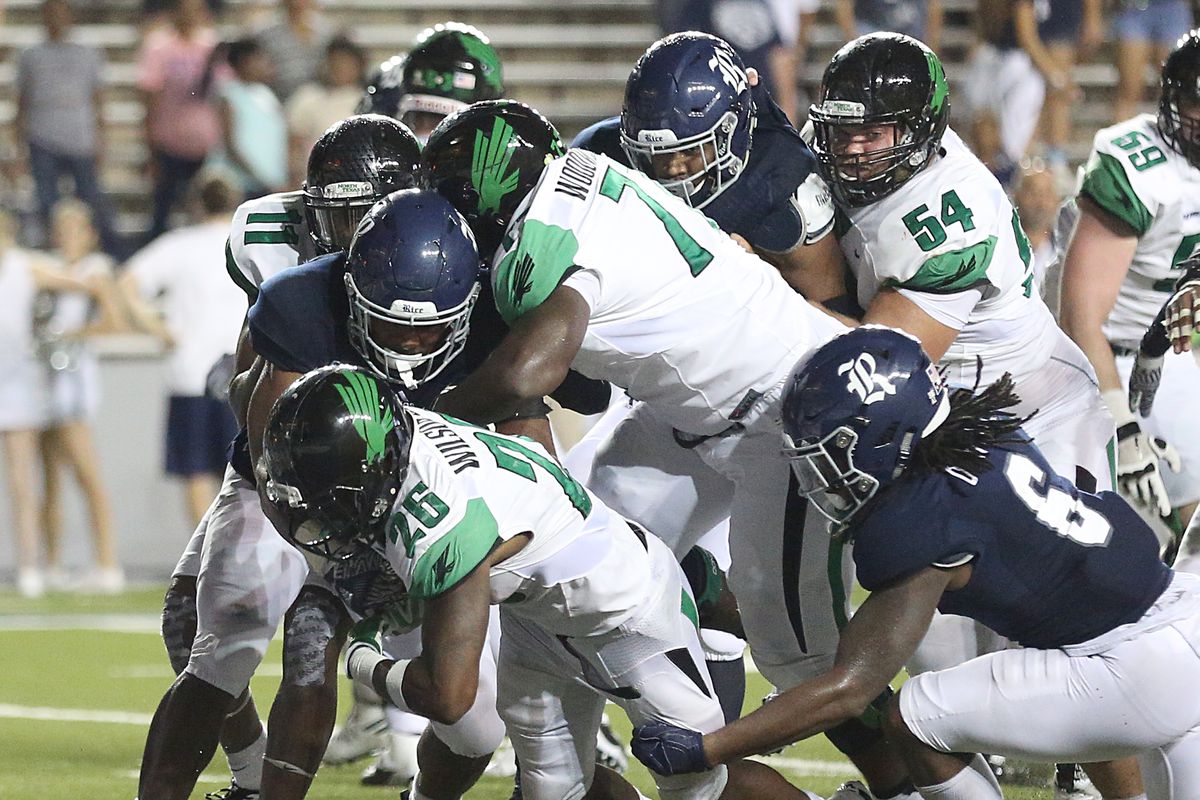 The Mean Green have been one of the most disappointing teams in college football this season. North Texas was expected to compete for the Conference USA title, but this team is in an uphill battle to become bowl eligible at 4-6. They have been abysmal on the road with an 0-5 record away from Denton, but North Texas should not be laying less than a touchdown to Rice.

The Owls are 1-9 and one of the worst teams in college football. Rice is 123rd in the nation per SP+, and the offense is the third worst in the country. Meanwhile, North Texas has one of the top quarterbacks in the Group of Five in Mason Fine. Fine has not had the breakout year many were expecting, but he was lights out against both Charlotte and UTEP.

This line is lower than it should be because Fine was hurt two weeks ago against Louisiana Tech, but he has had two weeks to recover. He has been given the green light to play against Rice, and he will lead the Mean Green to a big win. 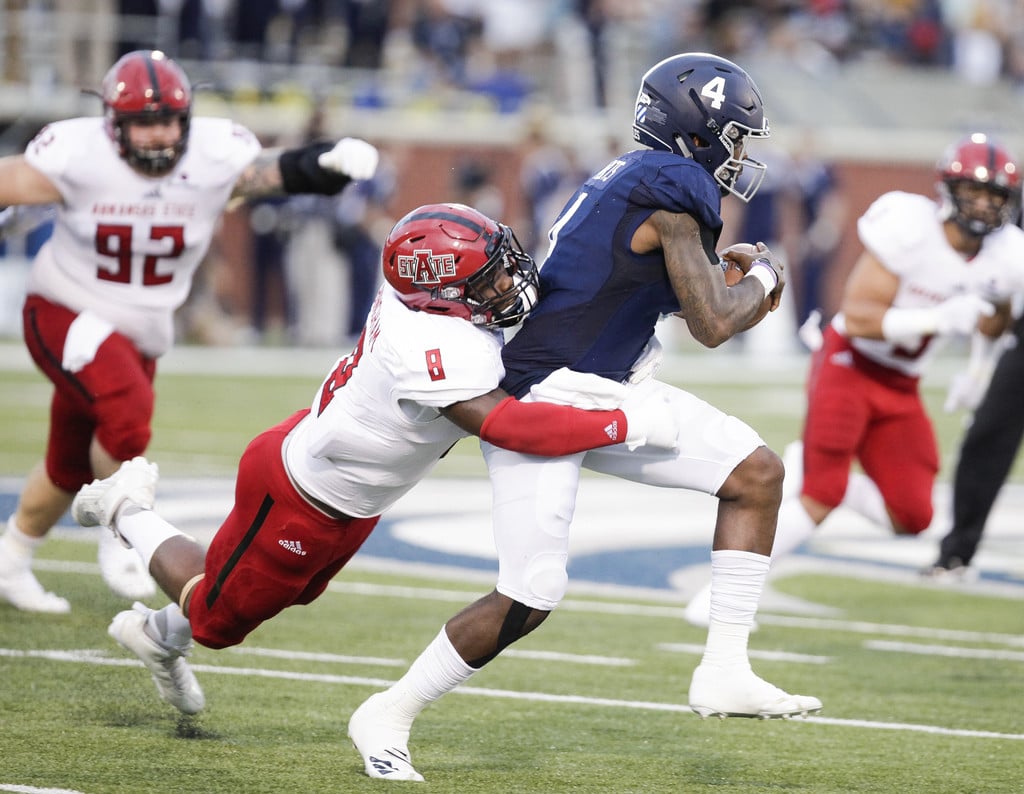 Georgia Southern is being overrated due to its win over Appalachian State in Boone on Halloween. The Eagles are a fine team, but they shouldn’t be favored on the road in Jonesboro. Arkansas State has a much better offense than Georgia Southern, and the Eagles defense has not fared well against decent quarterbacks. Layne Hatcher has led the Red Wolves to three straight wins, and he’ll make it four in a row on Saturday.

Check out the latest college football betting lines for Week 13.