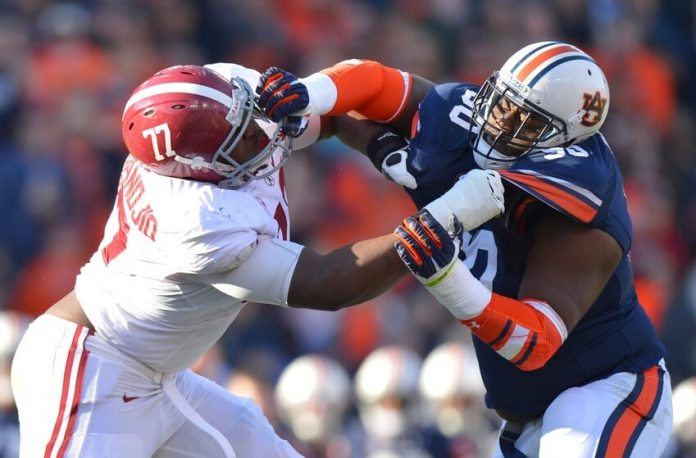 Rivalry weekend in college football is as good as it gets. The best of the best might legitimately be the Iron Bowl between the Alabama Crimson Tide and the Auburn Tigers. Who could forget the “Prayer at Jordan Hare” or Cam Newton’s performance in Tuscaloosa? Of course, the Crimson Tide faithful will point out that those are the only wins Auburn has in this series since 2007, including three straight double-digit victories.

Alabama has scored at least 26 points in every edition of the Iron Bowl since that loss in ’07 before the Tuscaloosa dynasty was really in full effect. The Tide allowed more than 26 points just three times last year and twice the year prior, and Clemson has two of those five big point totals from the two National Championship Games.

The Tigers will surely have their work cut out for them this year on the offensive side of the field. Gus Malzahn’s offense flat out hasn’t worked against Alabama in recent years. What’s happened for the most part is that Auburn has run its offense off the field quickly, only to let Alabama run long, powerful drives that wear the Tigers out defensively. By the fourth quarter, Auburn more or less has been tossing up the white flag.

How could any of that be different this year?

It starts with Kerryon Johnson and Kamryn Pettway. These two men combined for just 56 yards on 20 carries in the Iron Bowl last season, and that flat out won’t cut it. With an extra year under their belts and an offensive line that looks to be much-improved this season, the Tigers should have a better shot of at least moving the Alabama defensive front a little bit.

But quarterback play has to be much better as well. The Tigers used three men under center against Alabama last year, and the three combined to go 7-for-19 for 116 yards with a pick and no touchdowns. Jarrett Stidham’s arrival in Auburn can only help. Auburn possessed the ball for just 19:31 for the game, had just 182 yards and ultimately kicked four field goals. You’re not beating Alabama that way.

The Crimson Tide lost 10 players to the NFL from last season’s team, but it feels like this squad only knows reloading instead of rebuilding. Jalen Hurts is back under center, and his second year in charge of this squad should be better than his first. He tossed two picks against Auburn and still far outplayed the Tigers’ quarterbacks. So long as he cuts down on his mistakes, this shouldn’t be an overly difficult task again in 2017.

Alabama defense will control the tempo

It’s the Alabama defense that will control the tempo of this game, though. Minkah Fitzpatrick is one of the best defensive backs in the nation, and though he’s one of the few notable names back from last year’s team, it’s hard to forecast a drop off. Remember that the Crimson Tide led the nation with 54 sacks last year, and the team absolutely harassed Jeremy Johnson and company all game long in the 2016 Iron Bowl.

Alabama opens up at -5.5 for the Iron Bowl in what could legitimately be a top 10 clash with the SEC West title – and perhaps a spot in the College Football Playoff – on the line. It’s hard to see any value in backing the Tide right now, knowing that they’re the most public team in the land, though taking Auburn and 5.5-points might end up looking silly should this offense flat out never figure things out this season.