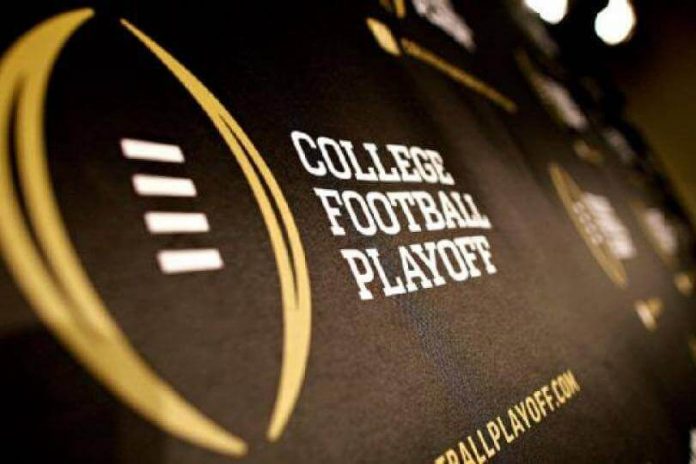 What we’ve already learned about the college football playoff is to expect the unexpected. It would take a brave man right now to forecast who even three of the four teams will be in the winter battling it out for the National Championship.

We can make some educated guesses based off these college football odds who will win the National Championship, but even then, that doesn’t always tell the whole story.

The team that makes the most sense to bet to win it all this year is the Clemson Tigers. Dabo Swinney’s club came just short against Alabama last year in the title game, and they’re back with 18 starters, including Deshaun Watson.

The 2016 college football schedule is really tough for the Tigers to run through, and the biggest problem they’ve got this year is a road game at Florida State, one that will effectively prove to be a title eliminator for either side as it has been for the last few years.

The Big Ten is going to be a bloodbath this year, and that’s why we’re not all that sure we’re interested in Ohio State, Michigan or Michigan State, all of which are favorites to win it all.

College Football Picks for the Playoff

We know that the Buckeyes have had a great history in the playoff, and there isn’t a guy we’d rather have preparing for those big games than Urban Meyer, but with all of the talent that was just lost to the NFL, it’s going to be tough to rebuild.

The Alabama Crimson Tide are always going to be in the discussion for the title. They reached the playoff last year even though they lost to Ole Miss at home, but if they can clear that hurdle on the road this year, we see a path to a one-loss season.

The only potential stumbling block comes at LSU, a team that we find to be vastly overrated. Give us the Tide at +800 to win it all in a heartbeat over any other team in the SEC.

Oklahoma Sooners: A Team With Value

The team that has the most value as we see it is the Oklahoma Sooners. The schedule this year is just tough enough to potentially survive a loss, but so many of the big duels are at home. Sure, the Sooners have to play a de facto road game at Houston, but they’ll have plenty of support at NRG Stadium.

They’ve got Ohio State coming to Norman, as well as Baylor and Oklahoma State at the end of the year. The tripping points are at TCU on October 1 and at West Virginia on November 19. We think OU can overcome a potential loss at TCU, especially if it comes in October. Our college football betting money is still on the Sooners running the table and heading into the playoff as perhaps the only spotless team in the land.

Want to Go a Little Off the Board?

Why not take a look at the Miami Hurricanes at a price of 85 to 1 to win it all? Mark Richt heads to “The U” with the promise of delivering on what so many coaches have failed to do in recent years, and there’s no doubt the talent is there to do it.

Brad Kaaya might be the best quarterback in the nation this year, and if anyone is going to get it out of him, Richt is the guy to do so. The Canes are sure to be 4-0 heading into their game with Florida State in October, and though that stretch against FSU, North Carolina, Virginia Tech and Notre Dame is brutal, get through that at 3-1, and there’s a real chance to get to the ACC Championship Game at 11-1.

That’d be good enough to have the Canes potentially playing for a spot in the field of four as North Carolina was last year, so we’re certainly not taking them off the board in our college football predictions.

Which college football players are in line for the 2016 Heisman Trophy? Check out College Football Odds: 2016 Heisman Candidates.