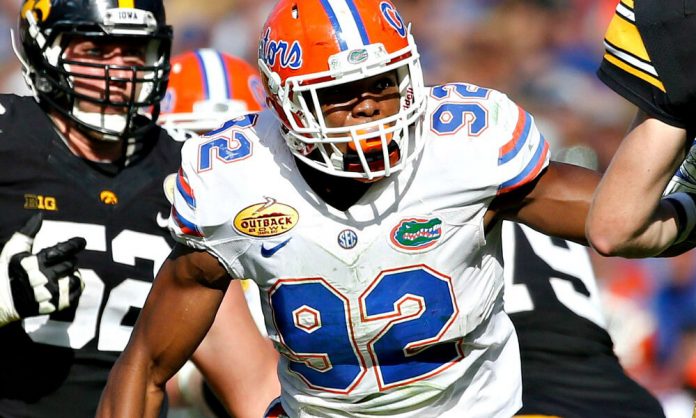 The Florida Gators have won back-to-back SEC East titles under Jim McElwain. For most teams in America, that would be considered a smashing success. But for a team that dreams of National Championships every season, coming up second best in the Sunshine State to Florida State virtually every season at this point and finishing nowhere near against Alabama in the SEC Championship Game isn’t good enough.

That said, Florida is still good for at least eight wins in 2017.

The news of Marcell Harris’ torn Achilles’ tendon won’t help matters for this defense, nor will the fact that most of this unit is gone from a 2016 squad that ranked No. 5 in the nation in total defense and No. 6 in scoring defense. A total of just two starters are back from last year’s team, and defensive coordinator, Geoff Collins had to be replaced as well.

That said, Randy Shannon was an excellent hire as a defensive coordinator, and the cupboard is far from bare on that side of the ball. This defensive line won’t be as good as Alabama’s, but Cece Jefferson, Jabari Zuniga and Taven Bryan are all NFL prospects in their own right.

Offensively, the big boon came when Malik Zaire elected to transfer to Gainesville from Notre Dame. We know that the former starter for the Fighting Irish can play, but he wasn’t given much in the way of opportunities after DeShone Kizer took over. The quarterback play won’t be any worse this year than it was a season ago when Austin Appleby was the best option the Gators had. Antonio Callaway is still a dangerous receiver, and this ground game remains strong thanks in part to what might be the best offensive line in the SEC.

It’s easy to point at the non-conference schedule and tip Florida to be 2-2 there. The Gators will surely beat Northern Colorado and UAB, and the games against Michigan in Arlington and Florida State in the Swamp feel like losses.

Still, let’s remember that the Gators get an extra SEC home game this year thanks to the fact that they moved their game to Baton Rouge against LSU last season after Hurricane Matthew threatened the state of Florida. The Gators will play just three road games this year, and all three should be won against Kentucky, Missouri and South Carolina.

In fact, the Gators probably only have three or four games this entire season in which they won’t be favored, and there won’t be such a thing as a game that isn’t winnable.

The knock on McElwain is that he hasn’t been able to seal the deal against ranked opponents. The good news is that the worst parts of his 3-7 record against ranked foes have come during the SEC Championship Game (Alabama tends to do that to people) and in the bowl season (2016 Citrus Bowl). If McElwain can win one game against a ranked foe this year, there’s no way the Gators won’t get to at least eight wins. We suspect this is once again a nine-win team.