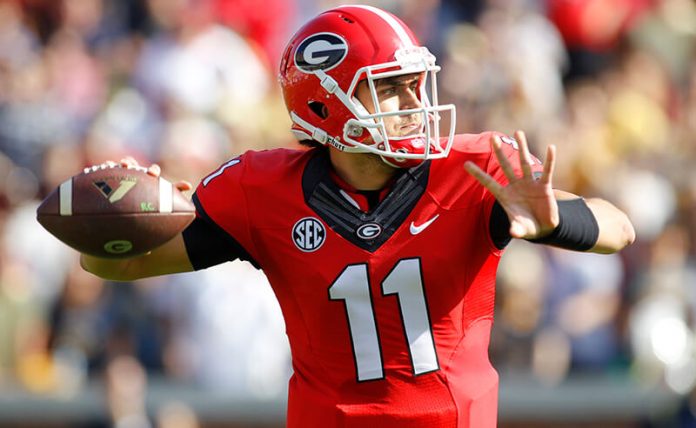 Like most of the rest of the teams in the SEC, the Georgia Bulldogs have a complex. They think they really should be amongst the best teams in college football every season, and any year that ends with 10 wins should result in a trip to the College Football Playoff. All of that sounds fine and dandy, save for the fact that UGA is 20-12 in the SEC in the last four seasons and has topped out at nine regular season wins in each of the last four campaigns.

These Dawgs, though, have some bark this year. It all starts with Jacob Eason at quarterback.

Eason was a bust last season, but it’s easy to forget that he was one of the most highly sought after quarterbacks in America when he was coming out of Lake Stevens High School. He’s a pocket passer in every sense of the word, but that plays just fine in Kirby Smart’s offense. Inevitably, Eason will improve this year with a total of seven starters coming back from last year’s lineup.

But where the Bulldogs will really excel is on the defensive side of the ball. This unit was far better than most will give it credit for last season. The Dawgs ranked No. 16 in America in total defense at 327.5 yards per game allowed and No. 35 in scoring at 24.0 points per game allowed.

The secondary features four senior starters, and the entire front seven is back from a campaign ago. That unit looked particularly strong down the stretch in games against Auburn and TCU. Outside of the 45-14 disaster against Ole Miss and the 34-31 defeat against Tennessee that immediately followed it, this defense was stout for the entire season in 2016, and there’s no reason to see anything but improvement.

Lorenzo Carter and Davin Bellamy are both headed to the NFL at the end of this season. Any time you have not just one, but two defensive ends who can both become starters at the next level, you’re going to have a defense that is one of the best in the nation.

Let’s toss in the fact that Georgia had the third best recruiting class in America this year.

The schedule? It’s tough for sure. An opening week game against Appalachian State isn’t an absolute lock, nor is a trip to South Bend to take on Notre Dame in Week 2. But is there a loss in the SEC coming? The team only has to play three road games in the division this year due to the fact that the Florida/Georgia game is technically a Gators home game in Jacksonville. Furthermore, the only teams that come up on the docket from the SEC West are Mississippi State and Auburn.

Even if that roadie to Jordan Hare is lost as is expected to be the case, we still have plenty of wiggle room to work with. We can swing three losses and still get to the nine wins required to ultimately pass this season win total. So long as the Dawgs get out of the blocks in good form out of conference in the first three weeks of the year, we see no reason why they won’t ultimately win six games in the SEC and get to their ninth win before ever traveling to Atlanta for their rivalry game with Georgia Tech on November 25.