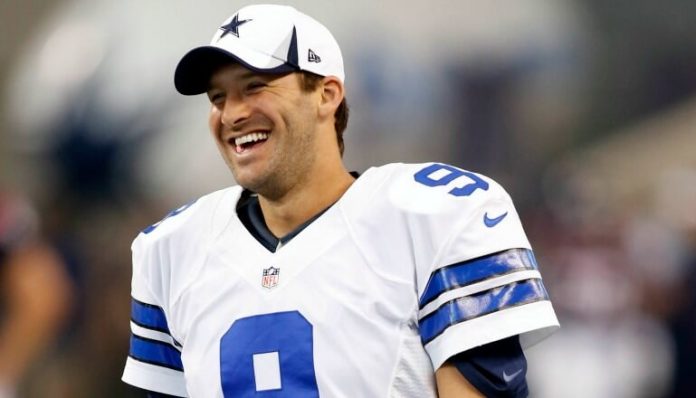 Perhaps the biggest drama in the NFL right now is surrounding the Dallas Cowboys, and any time Jerry Jones can get “America’s Team” in the news for all of the right reasons, it’s a good thing both for him and the league.

The good news for the Cowboys is that they’re 5-1 and heading into their bye week in Week 7 of the 2016 NFL season. More good news is that rookie quarterback Dak Prescott has far exceeded expectations, including breaking the NFL record for the most pass attempts to start a career without an interception.

The bad news? Tony Romo is due to return from his back injury within the next few weeks, and that’s stirring up a heck of a quarterback controversy between the man who has been the face of this franchise over the course of the last decade and the man who seems to be the face of it for the next decade. We’ll take a look at what this means for the NFL odds.

Just a week ago, Jones came out and unequivocally supported Romo as his starting quarterback, declaring it “Tony’s team,” and stating that he’ll be the man under center as soon as he’s fit to return. And if we’ve learned nothing else over the course of the last half century of Jerry Jones owning and managing the Cowboys, it’s that what Jerry Jones wants, Jerry Jones gets.

And Jones really wanted Romo to work. In fairness, statistically speaking, Romo is a borderline Hall of Famer if he never takes another snap in his career. He’s got 34,154 passing yards and 247 TDs against 117 INTs, and for the most part, Dallas was competitive over the course of his entire career.

That said, he’s 2-4 in the playoffs in his career, has failed time and time again on the biggest stage, and at 36 years old, he’s fighting against Father Time to extend a career that has been marred with bad injuries of late.

Dak Prescott Holding His Own 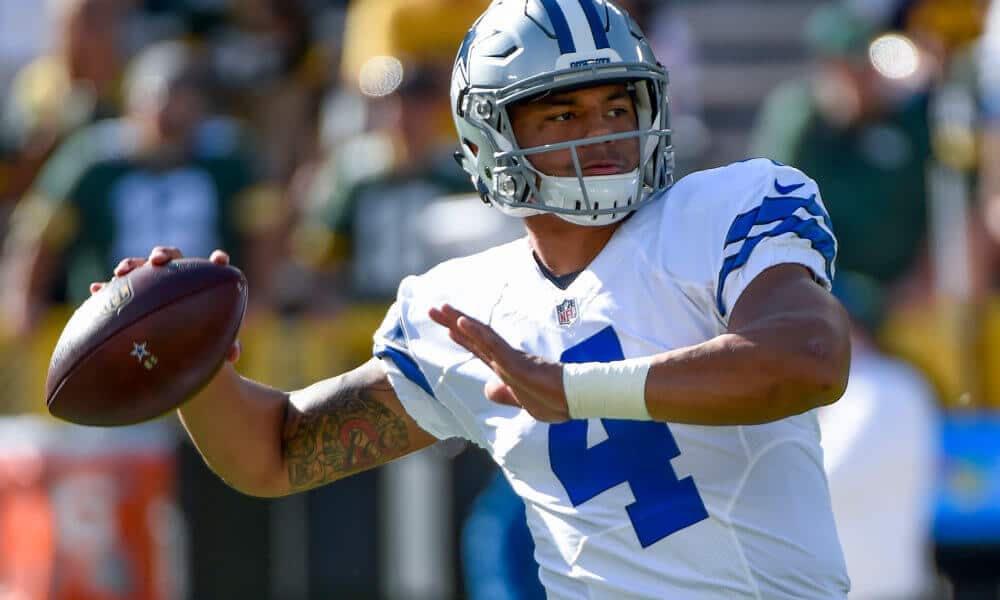 Prescott hasn’t been a Top 5 quarterback by any stretch of the imagination, but he’s showing that he has all of the skills to develop into one. In six games, he’s 5-1 as a starter with 1,487 passing yards and 67 more as a rusher, and he has a total of 10 TDs he’s responsible for against just one pick.

His quarterback rating of 103.9 is awesome, and his 68.7 percent completion percentage comes with Dez Bryant sitting on the sidelines for the last few weeks, leaving him Cole Beasley as his top receiver.

How many quarterbacks in the NFL would excel with Beasley as a No. 1 target?

Which Quarterback Will Serve Dallas Best?

In fairness to Prescott, he’s had a lot of help along the way. The Cowboys just played their best game of the season on defense, holding Aaron Rodgers and the Packers to just one touchdown late in the game when the outcome was already determined, and this offensive line is probably the best in football.

That’s why rookie Ezekiel Elliott is smashing all of the rookie rushing records and has a legitimate chance to win the rushing title this year as well.

Jones has made a bit of an about-face on this topic and doesn’t want to talk about it. Clearly, he wants to let Romo take this team back over when he’s healthy to see if he can be a stud with the rest of the pieces in place, but it’s hard to argue with success.

After opening up at -105, Romo is still a +100 NFL betting favorite to start in Week 9 against the Browns in Cleveland. But if he doesn’t start then, when will he actually be able to get on the field?

An interesting proposition for sure is Romo starting in Week 17 if the Cowboys already have their playoff position locked up. Sure, it’s a long way to go from here, but we could definitely see a circumstance where Romo starts in the last week of the regular season to preserve Prescott and give him one last hurrah before he’s jettisoned into likely retirement.

The biggest NFL lines movement has predictably been on Romo to not start a game this season. The oddsmakers at BookMaker.eu hung Romo as a stunning +6500 underdog to not start a game in the 2016 regular season, a number that was immediately bet down with a fury.

In fact, virtually all of the money in the first few hours of this prop being open have been on Prescott to hold his job for the entire season. As of Monday later in the afternoon, you can still find Romo at +400 to not start a game this season, the third-favorite choice behind him starting in Week 10 in Pittsburgh at a price of 3 to 1.