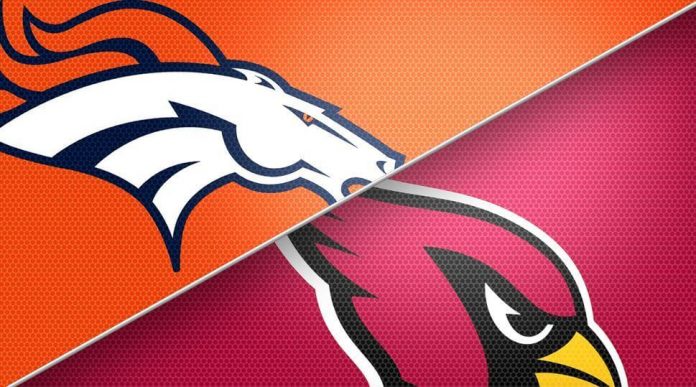 This preseason the Arizona Cardinals have beaten each of their first three opponents and covered the spread each time. With all starters for both teams sitting this one out, it remains to be seen if they can continue that success in the preseason finale against the Denver Broncos.

The fourth preseason game can be the hardest one to pick because both teams are playing a bunch of backups as the stars prepare for the regular season. A talented quarterback can tip the scales, but neither team is playing their starter and Cardinals first-round pick Josh Rosen is also expected to be sidelined.

The Cardinals are at home and they have played well this preseason under first-year coach Steve Wilks, which is why they are the favorites.

This game will be held at University of Phoenix Stadium in Glendale, Arizona at 10 p.m ET on Thursday, August 30th, 2018.

The Cardinals will enter as the 2.5-point favorites for this matchup. The bettors see a coin flip type game and have jumped all over the underdog, with the Broncos receiving 81 percent of the action to cover the spread. The scoring total is listed at 35 points, with the “under” the more popular choice. The Cardinals are listed as -140 on the moneyline while Denver comes in as the +120 underdog. Once again the Broncos are getting more of the action.

Rosen, the No. 10 overall pick in the draft, looked impressive in the second preseason game but didn’t play last week in Dallas with an injured thumb and will reportedly sit once again. The injury is minor but the Cardinals don’t want to risk doing more damage to it.

Rosen’s presence could have made the Cardinals bigger favorites as he has talent and likely would have performed well against backups. Veteran Mike Glennon and rookie undrafted free agent Charles Kanoff could see the snaps in this one. Veteran Sam Bradford is not expected to play.

Broncos starter Case Keenum will also sit. Chad Kelly will likely get the start with Paxton Lynch also seeing time. Lynch is a former first-round pick of the Broncos but he was passed for the No. 2 spot on the depth chart by Kelly and now has to worry about simply making the team. That’s something to keep in mind as he should be trying hard in the second half even when there is little interest in the action on the field.

The Cardinals forced 8 turnovers in their most recent game. Cornerback Patrick Peterson led the way with an interception return for a touchdown and a forced fumble, while safety Budda Baker added an interception.

The Cardinals’ backups got into the action late with takeaways and hope to keep it going into this one. Defensive end Cap Capi has had a big preseason and don’t be surprised if he keeps it going. Arizona’s defense has played well no matter which group has been out there, which could be bad news for Kelly and Lynch.

Cardinals vs Broncos – Who To Bet On

With Rosen sidelined this game is tough to pick. The Cardinals do have the home field and are going for an undefeated record in the preseason, but this spread is too high. Look for the Broncos to cover as this one should be low scoring and sloppy in NFL odds. Take the “under” on the scoring total as there is not enough skill at the quarterback position for both teams to consistently move the ball up and down the field.