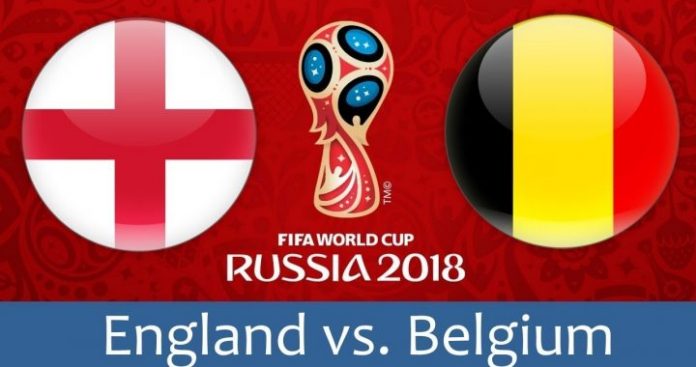 England and Belgium have both already qualified for the Knockout Stage by winning each of their first two World Cup matches. Now they will face off to see who earns the title of Group G champion.

England and Belgium are both 2-0 with identical goal-differential numbers (plus-6) and number of goals (8), but England currently has the tiebreak because of fair play numbers. There is still plenty to be determined, and it all comes down to this final match of round-robin play.

England is the slight favorite but this one could go either way or it could end up as a draw. This game doesn’t have as much drama as some of the other Group Stage contests because both teams have already clinched a spot in the next phase of the World Cup, but each side would love to go in at the top of their game.

The England-Belgium World Cup match will be held at Kaliningrad Stadium in Kaliningrad, Russia. The match will take place on Thursday, June 28th, 2018, at 1 p.m. ET.

The oddsmakers have put this one as a pick ‘em, with England listed at -107 to cover and Belgium at -108. Belgium is getting a slightly higher amount of action at 52 percent from the bettors.

All three outcomes in this match have a decent shot at happening. An England victory has the best odds at +179, followed by a Belgium victory at +178. A draw is listed at +210.

The goals total is set at 2.25 goals, as this could be a low-scoring affair. The “over” is the more popular pick as about 60 percent of the action has headed that way.

England put on quite the show last time out, routing Panama by a score of 6-1. Harry Kane was the star, scoring a hat trick to lead the blowout. He has five goals in the first two matches, and will aim to keep it rolling against Belgium. This was a much easier time of it for England after it needed stoppage time to sneak past Tunisia, 2-1.

Belgium has been dominant in both of its matches. It beat Tunisia by a score of 5-2, led by a pair of goals from Romelu Lukaku.  Belgium knocked off Panama in its opener, 3-0, with Lukaku again doing the heavy lifting with a pair of goals.

This matchup features a pair of elite goal-scorers and it will be interesting to see which one shines brightest.

Belgium and England are going to match up with two of these teams in some sort of order, but there is still plenty to figure out.

England vs Belgium – Who To Bet On

England may be the slight favorite but Belgium has looked extremely tough through the first two matches. Kane will be neutralized in this one and Belgium will be the team to come away with the win and the group stage title.

Take the “over” as this should be an entertaining matchup between a pair of talented countries.

Our Betting Pick: Take the OVER