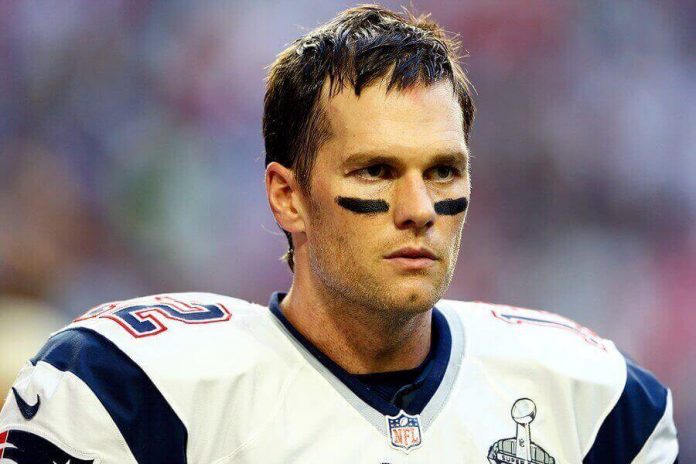 Last offseason, all that was discussed was air pressure in footballs and how that applied to the New England Patriots in the AFC Championship Game against the Colts a few months prior. Roger Goodell suspended Tom Brady four games for his role in the “scandal,” only to have him challenge the ruling in U.S. district courts. His appeal of the decision was accepted, and his ban was lifted, but a year later, the NFL has struck back.

Goodell and the league took this case to the 2nd U.S. Circuit Court of Appeals, and after more than nine months without hearing anything about Deflategate, this is how the court ruled:

“We hold that the Commissioner properly exercised his broad discretion under the collective bargaining agreement and that his procedural rulings were properly grounded in that agreement and did not deprive Brady of fundamental fairness.”

And now we’re back to square one with Brady once again facing a four-game ban.

Of course, we’re still in America, and there’s yet another appeal coming from Brady’s side. It’s entirely possible this ends in the U.S. Supreme Court sooner rather than later.

Brady could also attempt to reach a settlement with Goodell and accept a lesser suspension.

Effect of Brady’s Suspension on the NFL Week 1 Predictions

To us in the gambling world though, the Brady suspension causes a real uproar. The Patriots are set to play the Cardinals in Week 1 of the season on Sunday Night Football, a game which was lined at a pick ’em as recently as 24 hours ago. As of the publication of this article, the line is off the board at BookMaker.eu.

“We’ve pulled the Week 1 matchup at Arizona off the board until the expected appeal is resolved,” said BookMaker.eu odds consultant Scott Cooley. “If the suspension holds, we’ll look to make the Cardinals somewhere around a 6-point chalk for the opener. The Brady suspension certainly impacts New England’s odds, but we don’t want to overreact to it.”

“If the suspension holds, we’ll look to make the Cardinals somewhere around a 6-point chalk for the opener…”

If this suspension holds, Brady will not only miss the game against Arizona, but games against Miami, Houston and Buffalo as well. All four teams should at least be in the discussion for the playoffs in 2016.

Can Garoppolo Keep the Patriots Afloat?

Jimmy Garoppolo prepared much of last offseason as if he was going to be the starter for the first four games of the season, but Brady ended up starting all 16 games. Garoppolo only threw four passes in five relief appearances in games that were well out of hand.

Garoppolo is starting to get to the point that he isn’t really a “prospect” anymore. He’s going to turn 25 this season, and he’s only thrown 31 passes in his NFL career.

Still, many believe Garoppolo is poised for the task of replacing Brady. The oddsmakers though, don’t think that this first matchup against Arizona is a good one for him, particularly on the road.

“Jimmy Garoppolo is certainly serviceable, but he’s not Tom Brady,” Cooley said. “And putting him under center on Sunday Night Football in Week 1 for his first career NFL start is asking quite a bit, especially against an elite Arizona secondary.”

Even though the Patriots are clearly in worse shape for their first four games of the season if Brady doesn’t play, they haven’t seen their Super Bowl odds change all that much. They were the prohibitive favorites at 6 to 1 heading into the weekend, but when the suspension ruling was reversed, they became the co-favorites with Seattle at 8 to 1.

New England is still the odds-on favorite to win the AFC East, and with Brady guaranteed back in Week 5 against Cleveland, there’s still a really good chance that it wins 11 or 12 games and has home-field advantage for at least one round of the playoffs if Garoppolo can figure out how to win one or two of those first four.