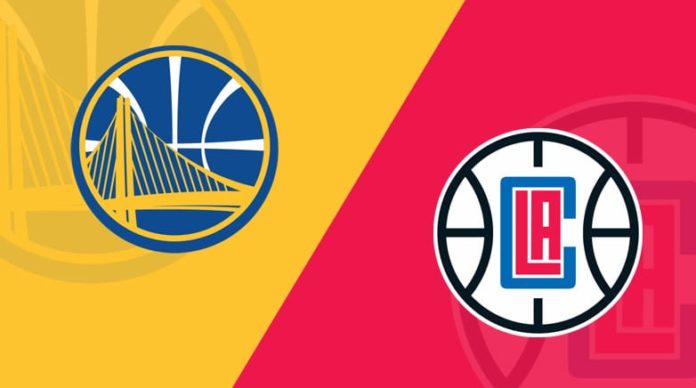 Teams in desperate need of a victory square off on Thursday when the Golden State Warriors visit the Los Angeles Clippers. One club will put an end to its three-game losing streak while staying ahead of the pack in the congested Western Conference.

It wasn’t that long ago the Clippers were poised to take over the top spot, but the scalding hot Jazz weren’t about to let that happen. Instead LA dropped further down the pack by losing four of five on a recent road trip. And the Clippers are hopeful to have their studs on the floor after Kawhi Leonard and Paul George missed games on the roadie.

The book on the Warriors has been pretty easy to read; you back them at home and look to fade them on the road. Golden State has gone 12-6 SU and 11-7 ATS when playing in front of its homebased cardboard cutouts, but it’s only managed to win and cover seven of 19 played games as visitors. With that, it’s easy to see why the over is 8-9-1 when at home, but a bankroll burning 7-12 on the road.

GSW has lost and failed to cover each of its last three road games. The Clippers inability to remain consistent really cost them at the tail end of the schedule’s first half. After logging an impressive 125-118 outright win as 6.5-point home dogs to Miami back on February 15 to extend the win streak to five straight, the team proceeded to lose six of its final nine played games and only logged covers against the NBA odds in its three wins.

The Warriors are a tough team to figure out right now. Are we really to believe this team has what it takes to compete for a playoff spot in the rough and tugged Western Conference knowing it simply doesn’t have the manpower to see it all the way through? With Klay Thompson not expected back this year, Curry has taken his game to new heights. Fresh off winning the 3-point contest on Sunday, No. 30 is the team’s leading point scorer (29.7 PPG) and ball distributor (6.3 APG). Golden State goes as Curry goes. When he’s on, the Dubs can beat anyone in the league. But when he’s off, it’s gotten really ugly on a number of occasions with the younger players simply being unable to tote the mail.

The Clippers saw their losing streak extend to three straight in their final game of the first half at Washington. Though LA took a seven point lead with it into the break, the lack of bodies ultimately cost them in the second half when they got outscored in both quarters to fall by a 119-117 final count as 6.5-point favorites.

With the Wizz losers of two straight heading into the game, linemakers still lined the Clippers decided road chalk even though neither Paul George or Marcus Morris were able to suit up. Sending Washington to the charity stripe a whopping 42 times ultimately ended up costing them the game. Los Angeles will open the second half of their campaign looking to put an end to their longest losing streak of the season (3).

George should be fully recovered from the dizzy spell that forced him to miss LA’s last game. Be sure to gauge injury reports leading up to tip-off to make sure he’s given the thumbs up. Don’t put your hard earned money down until you know for sure. If good to go, Los Angeles should have itself a field day in this one provided Golden State continues to turn the ball over with reckless abandon much like it has all season long.

The Warriors turn the ball over nearly 15 times per game (No. 24). Though Los Angeles ranks out amongst the league’s worst at forcing miscues (No. 25), it still forced an average of 14.0 in the two games played earlier this season. It’s going to be all business for the home team in this one, and I fully expect Kawhi and company to hit the ground running and not take it’s foot off the gas until the clock reads double zeroes. LA checks in 6-1 SU and 5-2 ATS the last seven times it laid seven or more points at home, so don’t be wary of laying the lumber!