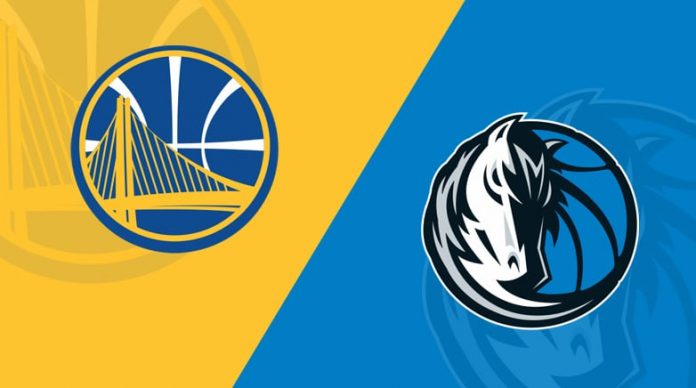 It doesn’t seem to matter who the Golden State Warriors have in the lineup all they do is win. Minus several rotation players due to COVID, the Dubs knocked off Phoenix and Utah, two of the best teams in the NBA, in consecutive road games. They head to Texas for a battle with the Dallas Mavericks on Wednesday.

The Mavs got their superstar guard Luka Doncic back on the floor after a lengthy absence winning their second straight game and third in four outings by taking out OKC on Sunday. The Mavs have struggled at home, though, winning twice in their last nine tilts.

The Warriors vs Mavericks game on Wednesday, January 5 will air live on ESPN with tip off at 7:30 p.m. ET from American Airlines Center in Dallas, TX.

The Warriors have yet to lose consecutive games this season which is a big reason why they own the NBA’s best record. They took over the top spot in the Association with a 116-107 win at Phoenix on Christmas Day behind 33 points from Steph Curry. Perhaps suffering a letdown after that big win, the Dubs had their worst offensive performance in an 89-86 loss to Denver a few nights later.

The swagger returned on Saturday when the Dubs knocked off Utah, 123-116. The Jazz have the third best record in the NBA but couldn’t keep up with the Dubs for the entire game. And depth is one thing the Warriors have on their side. The win at Utah was their fourth in five games with the Dubs scoring at least 113 points in every victory. They went 4-1 ATS in that span and have been a moneymaker all season going 22-11-2 ATS.

It’s been a roller coaster ride for the Mavs, who got back to .500 by beating the Thunder on Sunday. More was expected from them after winning the Southwest Division with a 42-30 record last season. However, the club hasn’t been all there all the time causing a disruption in rotations. Doncic missed 10 games due to injury and COVID protocols returning on Sunday along with Tim Hardaway Jr. and Maxi Kleber. They were without Kristaps Porzingis in that game, though, as he sat out the front end of a back to back. So without any further disruptions to the roster the Mavs should be as close to full strength as they’ve been all season.

The Warriors do a lot of things exceptionally well, which is why they are where they are in the standings. While he’s not scoring as much as he has in the past, Curry is having one of the best seasons of his career. He dropped a game-high 28 on the Jazz and ranks third in the NBA with 27.7 points per game. The Warriors average 111.2 points and rank among the top-5 in field goal and three-point percentage.

They’ve gotten things done on the defensive end this season, though. The Warriors have the league’s best defensive rating holding teams to 42.7 percent from the field and 101.3 points. Even when opponents do have success, the Dubs find a way to win. Utah scored 116 points, including 41 in the third quarter. But they tightened up and were efficient on offense with a plus-12 margin in the fourth for the 7-point win. They’ve cashed the OVER in three of their last four games and five of their last seven.

It would be neat to see what the Mavs can do when they have all their players available. And barring any more of them joining the COVID list they should be close to full strength on Wednesday. The club survived with Doncic on the shelf splitting the 10 games he missed. He returned with a strong performance against OKC on Sunday barely missing a triple-double with 14 points, 10 assists and nine rebounds. Porzingis had a scheduled day of rest after dropping 24 with nine rebounds and six assists in a win over Sacramento the game prior.

Winning more games than they lose on their home floor would help their record. A just concluded 3-2 road trip got the Mavs to .500 on the road at 10-10. They haven’t been able to protect their own floor, though. They lost five in a row at AAC and are just 2-7 SU and 3-6 ATS over their previous nine home games. The clubs split a pair of wild games in Dallas last season and we’ve seen plenty of points recently with the last seven games cashing the OVER.

It’s hard not to like the Warriors in this matchup, though the Mavs should be stiffer competition with Doncic and Porzingis likely to play. Luka has had some big games against the Warriors in the past and Golden State’s weakness is athletic big men. Those two will do damage to help the OVER, but the Warriors are too deep and too good to lose this game.

Prediction: Golden State Warriors -5.5 and OVER 213