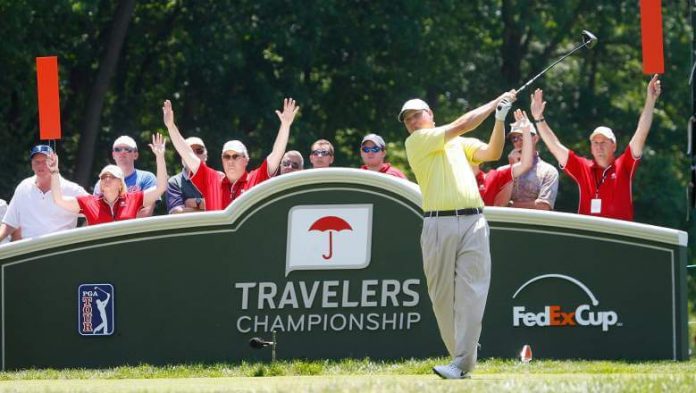 The PGA Tour heads to Connecticut for the Travelers Championship, and usually a week after a major championship, the field is watered down with limited star power and lack of depth. That’s not the case this week at TPC River Highlands where the betting field is one of the strongest we’ve seen in years at this event.

World No. 2 Rory McIlroy and No. 3 Jason Day headline this week’s betting field that features five of the top 15 in the current golf rankings. Defending champion Russell Knox and Jim Furyk, who posted a record 58 at last year’s event, will also grab some action. Jordan Spieth, Justin Thomas and Paul Casey are among the betting favorites.

TPC River Highlands measures 6,841 yards and plays to a par 70. River Highlands overlooks the Connecticut River, where the game has been played since 1928. Pete Dye redesigned the track in 1982, and Bobby Weed added an upgrade seven years later in consultation with former PGA Tour pros Howard Twitty and Roger Maltbie. Holes 15-17 play around a four-acre lake, helping create a finish considered among the most exciting on Tour.

Last year, Scotland’s Russell Knox picked up his second win on the PGA Tour. Knox began the final day three shots behind Daniel Berger, but moved in front when Berger bogied his first four holes on the back nine. Veteran Jerry Kelly used an eagle at No.13 to pull within a shot, with a chance at a playoff as Knox faced a 12-foot par save at No.18. The Scotsman calmly stepped up and made the putt to secure the win.

Aussie Marc Leishman +3450 often goes unnoticed on a weekly basis, but if you take a further look, you will notice that he’s a world class player that is ranked 37th on the planet. He finished T9 at the Travelers last year, and he is a good bet to do even better this week.

Daniel Berger +3250 missed the cut at last week’s U.S. Open, which is understandable due to the fact he won the week before in Memphis. Most players have a difficult time playing well the week after they win. Now he comes to a place where he held the 54-hole lead last year. With the weekend off and the win behind him, look for him to be in the mix this week. Berger at +3250 is a bargain!

If you like longshots, Kevin Tway +8250 is your boy. The former collegiate star from Oklahoma State reeled off three top 10s earlier this year and I have an inkling that he’s going to play well this week. At +8250, Tway all day!