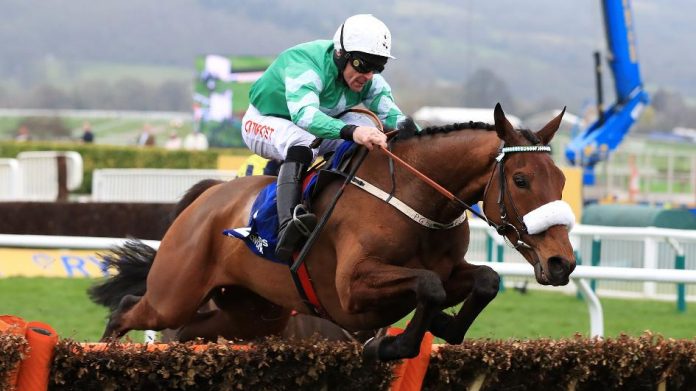 The four-day horse racing paradise that is the Cheltenham Festival is just around the corner now and, with the majority of the prep races having taken place, we have a pretty good idea of who will be lining up where. The meeting builds to a crescendo with the blue-ribbon event of the sport, the Gold Cup, on Friday, and Presenting Percy could well land the crown for trainer Pat Kelly and jockey Davy Russell.

Kelly presides over a small yard in Galway, having had just 51 runners this season and a paltry three winners, but he is building a legendary reputation at the Cheltenham Festival, with winners at the last three festivals. That tally includes Presenting Percy, who has not only won at the last two but crucially saved his best performances for the meeting.

Cheltenham is arguably the most storied racecourse in the UK and holds 68,000 people, as mentioned in the Racing Post’s guide to racing. Its unique atmosphere owes a great deal to the Irish visitors every March. Nothing sends them home happier than a Gold Cup winner and in Presenting Percy, they have a great chance in 2019.

Two years ago, the now eight-year-old defied a big weight and 24 runners to run out a most impressive winner of the Pertemps Handicap Hurdle at the meeting over 3m. Kelly plotted an unconventional path to last year’s Festival, with Presenting Percy winning two of four over fences as well as winning over hurdles at Gowran Park. Made favourite nonetheless for the RSA Chase, the novice was to leave a lasting impression with a dominant performance resulting in a 7L win over Monalee. Elegant Escape was beaten twice as far into third.

Elegant Escape alone has franked that form, having won the Welsh National and finished second to leading Gold Cup hopeful Frodon in a Grade Two trial for the big one. Monalee, meanwhile, was second to another contender, Kemboy, in Leopardstown’s Grade One Chase over Christmas, with all of the nine who finished behind him past Grade One winners.

Presenting Percy, meanwhile, has missed a whole host of possible engagements, including the Leopardstown race due to the unsuitably fast ground, but he finally reappeared over hurdles last month when landing the same Gowran Grade Two hurdle that he won 12 months ago en-route to the RSA. A smooth success in a competitive looking contest against race-fit rivals showed all is well and Kelly’s patience can pay off, with Presenting Percy confidently predicted to land the Gold Cup.

Last year’s winner Native River, priced at 11/2, may prove the biggest danger once again but, in a race Ireland have won three times in the last five years, one particular statistic is very much in the favour of Presenting Percy. That statistic is that 12 of the last 14 winners were competing in their first Gold Cup.

Native River, along with the legendary Kauto Star, is one of just two to buck the trend. Admittedly, that statistic also boosts the claims of Clan Des Obeaux, Frodon, Kemboy and others, but no Festival performance impressed more than Presenting Percy last year. His combination of accurate jumping, strong travelling and vast stamina reserves mark him out as the ideal candidate. Odds of 3/1 make for plenty of appeal and he is well worth backing now with his price likely to contract as the showpiece approaches.

His jockey Davy Russell has ridden 22 festival winners and was the meeting’s leading rider 12 months ago; he also won the Gold Cup in 2014. Russell’s naturally patient style is ideal for Cheltenham and Presenting Percy and he will likely creep his way into contention before kicking off the last bend to send the Irish into raptures.