Home Latest News Is Cuomo a Threat to Sleepy Joe? 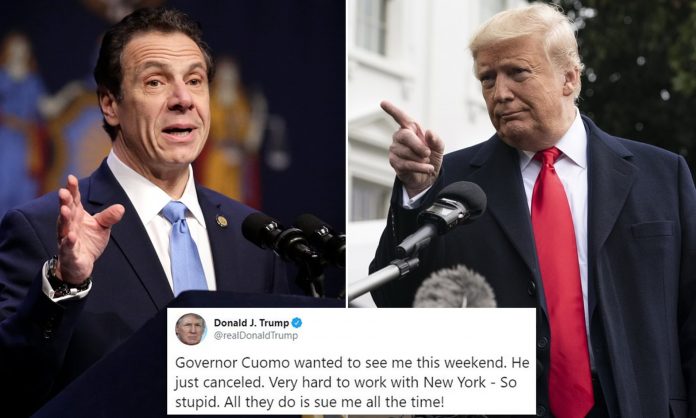 Last week President Donald Trump regained the initiative and momentum by signing the COVID-19 relief bill that is the largest in the history of the United States.  All told the relief package is worth $6 million with direct relief cash being sent to Americans now out of work along with loans to small and big businesses.  Not only is it the biggest bill in American history but it took only one week to pass.  Thus, the term “Trump Time” for the lightning fast response and product.

Meanwhile on the Democrat side New York Governor Andrew Cuomo has gotten favorable coverage from the liberal American “news” media for his handling of the crisis.  To his credit, he comes off as someone that can handle a grueling high-pressure news briefing each day.  All of which has led to comparisons to presumptive Democrat nominee Joe Biden, who continues to stumble badly in front of the camera, even in highly staged settings.  This has led to speculation about the Democrats replacing Biden with Cuomo.

Who Will Biden Choose to be his Vice President?

Gamblers are taking a look at Andrew Cuomo because of the big price tag as an apparent long shot underdog that has emerged into the public conversation about being a better choice than Biden.  Trump is coming off perhaps his best week as President while Biden suffered through a disastrous week of verbal bumbling. 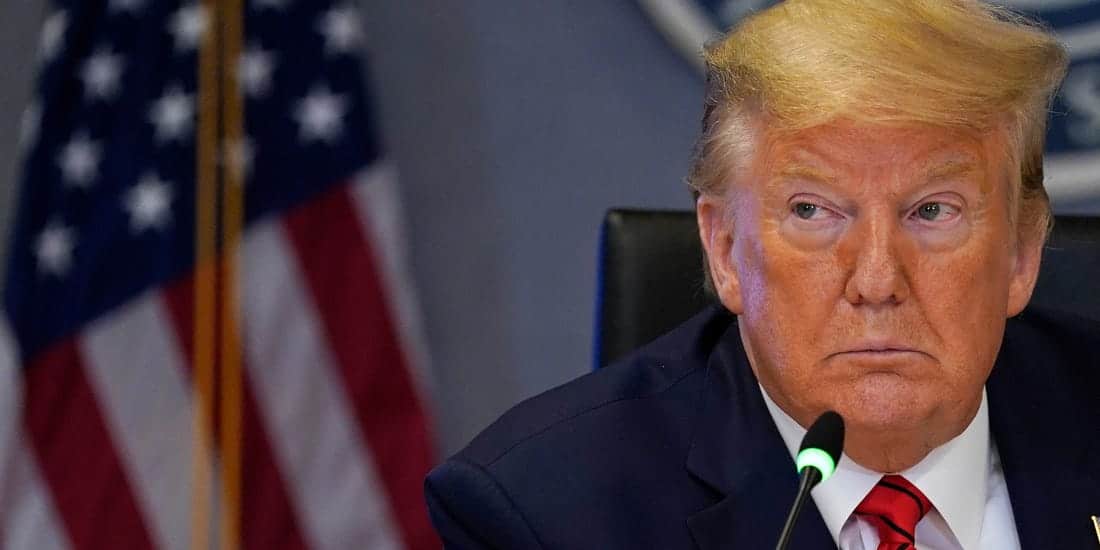 More than a few Trump critics commended the President for his handling of the COVID-19 crisis and getting the bill signed just a week after starting.  For a plodding and slow United States government it was tremendous leadership.  He was being compared to the famed World War II General George Patton for being the right man at the right time in what is considered a “war” versus an invisible virus.  As a result, Trump has his highest approval poll numbers since becoming President.

Governor Cuomo also had a strong week.  Most of all he showed worried Democrats that he can utter a complete sentence in front of a TV camera.  And that is where the unthinkable became possible.  Some Democrats and celebrities went public and stated that Cuomo must replace Biden as head of their ticket.  While that would likely require Biden’s cooperation in stepping aside its conceivable that the Democrat establishment may demand that he do so, although now is not the time.

Beyond being able to hold a competent press conference Cuomo has a lackluster record as governor.  New York ranked number one in 2019 for citizens defecting for elsewhere.  The reason people flee New York is because of a sluggish state economy suffocated by onerous taxes and regulations.  Cuomo has done nothing to offer relief and has at times even insulted those who bailed.

While governor, Cuomo’s popularity has often been far below 50%.  But, as is the case with California, New York is a one-party state.  Cuomo faces no real opposition.  He is rewarded for his mediocre performance.  Further, it has been documented that he blew off numerous warnings through the years about New York being incapable of dealing with a pandemic.  But he can hold a press conference.  Which at this point, is better than what any other Democrat can offer as far as being a Presidential candidate.

Joe Biden had a makeshift TV studio built in the basement of his home this week.  In his first attempt to use it there were technical difficulties.  Worse yet, he was so awful himself that he and his handlers had to cut his program short.  Biden continued to slur words and stutter out incoherent sentences.  He had a CNN interview that was lampooned for its lack of clarity.  All of which made Cuomo look like a superstar in comparison.

Check out the latest US Political betting odds here.