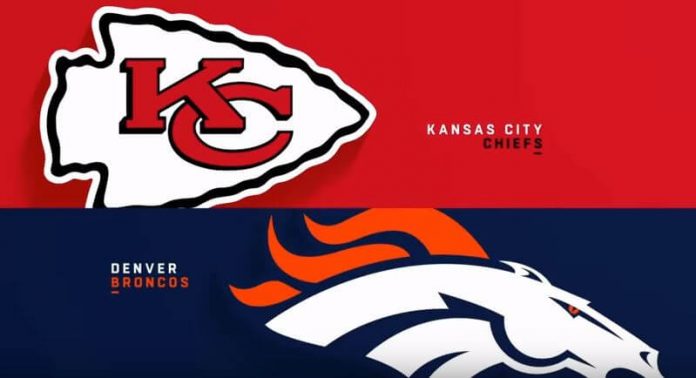 The Kansas City Chiefs’ offence has been unstoppable so far this season. Now, they are facing off with the Denver Broncos on Monday Night Football in Week 5. According to oddsmakers, they are expected to keep it rolling even against a tough defense.

The Broncos are at home in this one and have a very good pass rush but Kansas City quarterback Patrick Mahomes has been dominant through three undefeated starts in 2018. The “over” can be played by bettors who believe it will continue, but there are also plenty of prop bets to be considered in this matchup.

The Chiefs have been so good that they are favored in this one on the road. The spread has dropped a point in the past few days but Kansas City is still the 4.5-point road favorite. The Chiefs are listed at -200 on the moneyline while the Broncos are the +170 underdogs. The scoring total is listed at 55 points.

This game is going to be a lot of fun to wager on because it could feature a lot of scoring. Here are some of the prop bets to consider:

Those are the standard wagers, but let’s dive into the prop bets. The Chiefs are three-point favorites in the first half, but the vig is at +105 for them to cover so the Broncos are the favorites to cover.

Kansas City is the -150 favorite to score first while Denver is the +120 underdog. It is always enticing to take the underdog in these situations because if the Broncos get the ball first they could get a quick score and win the bet.

There is even odds on whether or not there will be a score in the first 5.5 minutes of the game. Even though the Chiefs’ offense has been great thus far, that’s a quick turnaround to open the contest. The “no” option could be the right one.

Kansas City’s total points is listed at 29.5 in large part because Mahomes has thrown for 896 yards with 13 touchdowns and zero interceptions this year. The Chiefs have averaged more than that total but don’t forget this game is on the road against a team that has a good defense and is going to try to shorten the contest. The Broncos can’t afford to get in a shootout.

The Broncos’ total points is set at 25.5 points. Denver would prefer to keep the game lower-scoring but if it trails late, quarterback Case Keenum will need to put the ball through the air.

The longest touchdown of the game prop bet is set at 52.5 yards. The Chiefs’ skill guys have a ton of big-play potential which is why it’s so long. Tyreek Hill is the one to watch for this prop bet as he makes it a habit of catching long bombs.

Chiefs running back Kareem Hunt is listed as the player with the best odds to score the first touchdown at +700. Kansas City wideout Sammy Watkins, tight end Travis Kelce and Hill are all tied for the next-best odds at +750. The Broncos’ top options are wide receiver Demaryius Thomas and running back Royce Freeman at +1000 apiece.

The logic: The oddsmakers know they can push the Chiefs’ scoring total up because of how visible their hot start has been. Kansas City should come up with some big plays in this one but the Denver defense is good and the Chiefs are on the road.

This game is going to be closer than expected, and the Chiefs’ offense isn’t going to quite reach that total. Go with the “under” on Kansas City’s scoring total as the best prop bet of this Monday Night Football affair.

Check out the latest NFL Week 5 betting odds for today.