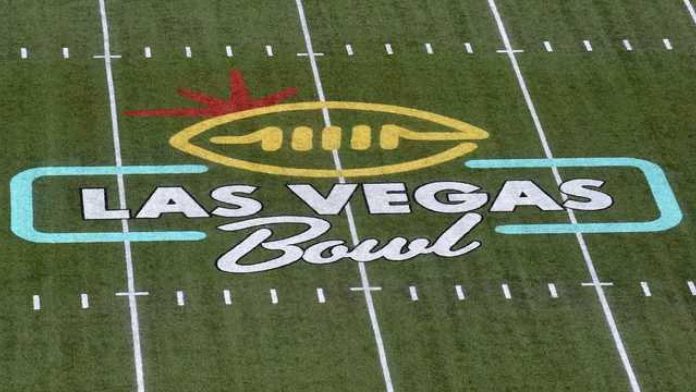 The Las Vegas Bowl is generally the most competitive bowl of the pre-Christmas games. This game features a good Pac 12 team against one of the top teams in the Mountain West, and we have seen some excellent games over the years. One of those was the 2012 Las Vegas Bowl when the Boise State Broncos beat the Washington Huskies 28-26 to win their third straight Las Vegas Bowl. Washington administrators were impressed by that victory and made Boise State head coach Chris Petersen their head coach the following year.

Petersen is coaching his last game, so it’s only natural that Boise State and Washington meet in the Las Vegas Bowl to close out his coaching career. Petersen will be remembered fondly by both schools as he made Boise State the elite Group of Five program nationally during his time there, leading the Broncos to a 92-12 record, five conference titles, and two Fiesta Bowl wins in his eight seasons on campus. He took Washington to the next level too, bringing the Huskies to three straight Pac 12 Championship Games and two conference titles in six seasons in Seattle.

Washington is a slight favorite per the college football betting line in this game. The Huskies are 7-5, but they are the No. 17 team in the country per SP+, and they have some impressive results despite their lackluster record. Their five losses were all by 10 points or less, and their total margin of defeat this season was 26 points. Meanwhile, all their wins were by at least 12 points, so this team is much better than you might think just by looking at the record.

The Broncos are a little disappointed to lose the Group of Five spot in the New Year’s Six bowls to Memphis, but the MWC was surprisingly weak this season. Boise State went unbeaten in conference, yet they couldn’t get past BYU in non-conference play, and that loss cost them a chance to play against Penn State in the Fiesta Bowl.

When Washington Has the Ball

The Huskies will be without two of their best players on offense on Saturday. Star offensive tackle Trey Adams and tight end Hunter Bryant have both decided to sit out the bowl game in an effort to improve their draft stock prior to the NFL Combine.

That could lead to some trouble for Jacob Eason. Eason has completed 63.8 percent of his passes for 2,922 yards with 22 touchdowns and eight interceptions this season, but he has had a relatively clean pocket with Adams protecting his blindside. The quarterback has only been sacked 18 times on the year, and Adams’ absence could lead to more pressure.

Not having Bryant will hurt as the tight end leads the team in receiving, so expect Aaron Fuller to take on a larger role. Fuller has 54 receptions for 673 yards and six touchdowns this season, and no other player on Washington has at least 30 catches.

Washington would love to have success with its ground game, and Salvon Ahmed has been a solid running back this year. Boise State’s defense is more susceptible to giving up big gains than it was in the past under Andy Avalos, so Ahmed could find success.

When Boise State Has the Ball

Jaylon Henderson remains the top quarterback for Boise State. He beat out Chase Cord and Hank Bachmeier for the starting job last month, and all indications are that he will start in the bowl game too. Head coach Bryan Harsin turned to Henderson as the senior wasn’t making the mistakes that the young Bachmeier was at the start of the season, and Henderson has been a solid runner too.

John Hightower and Khalil Shakir have been the two top receivers on the Broncos. The two receivers have combined to catch 108 passes for 1,755 yards and 14 touchdowns, but the Huskies have one of the better pass defenses in college football.

Washington’s run defense has been surprisingly porous this year though, so George Holani and Robert Mahone could find success with toting the ball. Boise State is averaging 4.5 YPC, and the Huskies have had a hard time against power running backs.

Motivation is a major factor during bowl season, and the Huskies will want to send Petersen off on a high note. Even without Adams and Bryant, Washington has too much talent for Boise State to overcome.