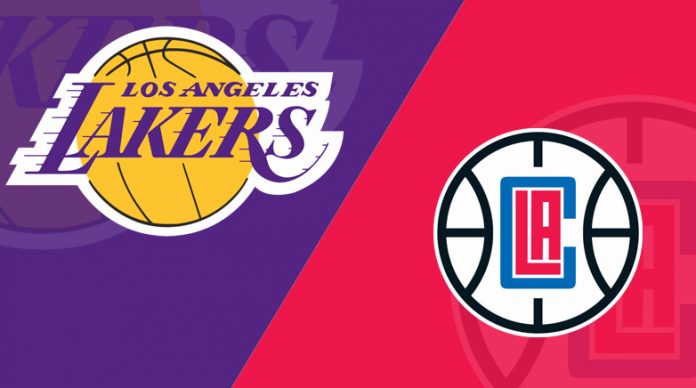 When the season began it was nearly unthinkable to consider the Los Angeles Lakers would miss the playoffs after acquiring LeBron James in free agency. However, that’s what the team is facing down the stretch. The Lakers will need an incredible finish to have a shot at the postseason, and that trek needs to begin this week against the Los Angeles Clippers.

The Clippers currently sit in seventh place in the Western Conference so the Lakers need this head-to-head victory. The teams play in the same arena but this one will be designated a Lakers home game. The Clippers have the better record and the spread should be pretty small. 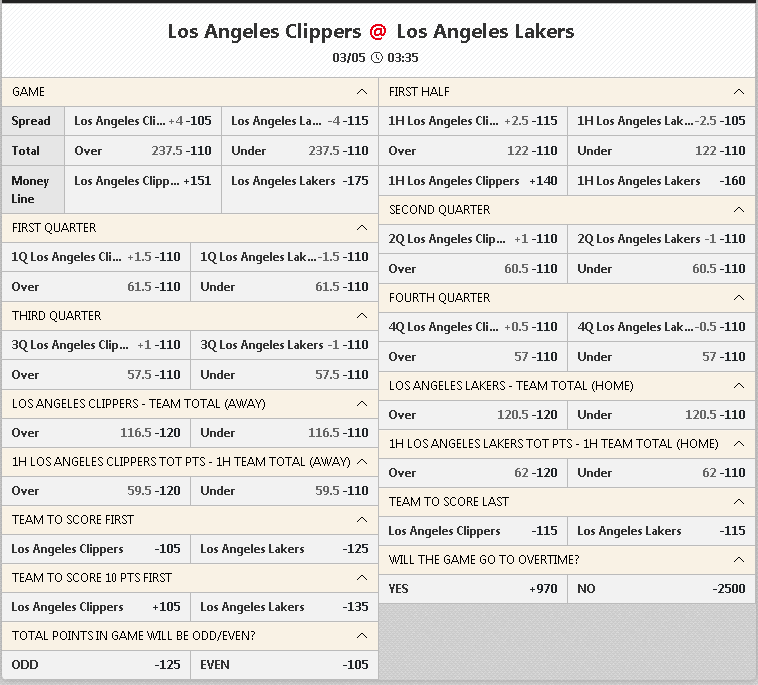 The Clippers have a record of 36-29 on the season. They are 18-17 on the road, but they get to sleep in their own beds for this one so it’s not a typical road game. The Clippers have won two straight games and six of their past 10 as they aim to claim a postseason berth when few foresaw that happening when the year began.

The Lakers are a disappointing 30-33 on the year. An injury to James sidetracked the team, and then a bunch of trade rumors about Anthony Davis also took their toll. The Lakers have lost two in a row and seven of their past 10. James’ return has not kickstarted a winning streak as expected. The Lakers are 18-13 at home this year.

Lakers shooting guard Lance Stephenson has a toe injury and has been listed as questionable for this matchup. He is averaging 7.3 points and 2.9 rebounds per game on the season. Lakers guard Lonzo Ball remains out with an ankle injury. He could be back late in the week but won’t play in this one. Ball is averaging 9.9 points, 5.4 assists and 5.3 rebounds per game and the team has struggled without him.

Clippers forward Luc Mbah a Moute has missed a long stretch with an ankle injury but is getting closer to a return. Keep an eye on his status as Mbah a Moute is a solid player who could give the team a boost down the stretch. Forward Wilson Chandler seems unlikely to play in this one due to a quadriceps injury.

The Lakers have been given a 0.9% chance to make the postseason by ESPN. Los Angeles lost a stunner to the Suns last time out and is now five games behind the Spurs and 5.5 behind the Clippers as the season nears its end.

The Lakers would need to catch fire and still get some help in order to qualify for the postseason. The Clippers dealt star Tobias Harris to the 76ers at the trading deadline but the rest of the team continues to play well, and the Clips are in good shape to make the playoffs. The Lakers’ chances could all but be ended with a loss in this game.

The Lakers have an outside shot at making the playoffs and they figure to put together one more small run. The Clippers have the better team overall but the Lakers should play with a huge sense of urgency in this one. James doesn’t want to miss the playoffs without putting up a fight. He should have a big game to help the Lakers pull a little bit closer to the Clippers with a victory. The Lakers are also the choice on the spread as it should be a small one.