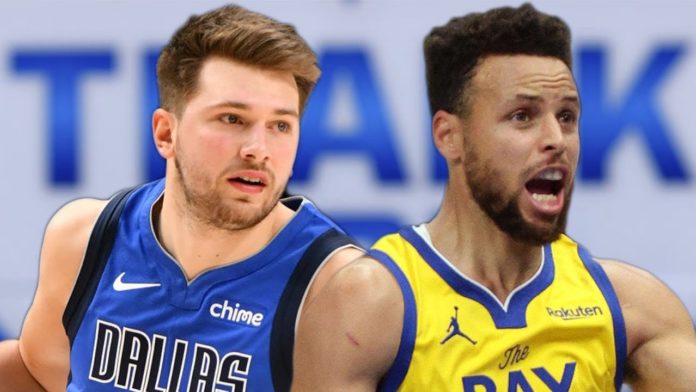 When Luka Doncic and Stephen Curry get together you can expect fireworks. There was no shortage of points when the clubs met back in February, now the Dallas Mavericks and Golden State Warriors play the rubber game of their season series with both superstars at the peak of their game. Curry joined the MVP conversation with his recent play that’s seen him score more than 30 points in 11 of his last 12 games. Doncic has carried the Mavs to the No. 6 seed in the Western Conference. The Mavs have won five of the last six meetings between the clubs with the OVER going 4-1 in the last five encounters.

This NBA matchup takes place on Tuesday, April 27, 2021 and will air live on TNT with tip off at 9:30 p.m. ET from Chase Center. BookMaker.eu will have betting options for every game on the NBA schedule.

The mavericks are in a funky position in the Western Conference. Currently at No. 6 they closed the gap on the Lakers with a two-game sweep last week and enter the week just 1.5 games behind LA. They are also just 1.5 games ahead of Portland for the No. 7 seed, which means a play-in scenario under the NBA’s new format this season. I guess that’s why Doncic and Mark Cuban both rejected the idea of the format.

Anyway, it is what it is and the Mavs can avoid the situation by simply finishing sixth or higher. They have won three in a row after sleep walking through a loss to Sacramento last week. They get a chance to avenge that setback with a matchup in the California capital on Monday ahead of this showdown. The Mavs actually have a better road record than they do at home this season so they’re probably looking forward to the road trip. They enter the week at 17-12 SU and 16-13 ATS in away games this season.

Thanks to Curry the Warriors are playing their best basketball of the season and they are one team that will benefit from the new play-in format. Winners in seven of their last nine games while going 6-3 ATS, the Dubs are tied with San Antonio for ninth in the West. The play-in features seeds No. 7 through 10 squaring off with a chance to reach the playoffs. It doesn’t look like the Warriors are satisfied with a lower seed, though.

They created some separation between themselves and new Orleans and are just three games back of Dallas making Tuesday’s matchup that much more important. The Warriors have been a strong team in their gym winning four in a row and going 3-1 ATS. Overall they are 19-10 SU and 17-12 ATS at Chase Center this season.

Their reliance on Doncic will last a few more games with Kristaps Porzingis expected to miss some time with an ankle injury. I guess it’s a good thing Dwight Powell came out of his shell. With KP sidelined and Doncic struggling with his shot in the second game of the back to back against LA, Powell erupted for a season-high 25 points on 11 of 12 shooting in the 108-93 win. That followed a 10-point effort in the first game against the Lakers giving Powell nearly as many points as he had in the previous seven games combined.

Look for Doncic to return to his normal self on Tuesday. He tallied 42 points against the Warriors in a 134-132 win in February and totaled 69 points in the two game split. For the season Doncic averages 28.5 points and 8.8 assists.

There’s no one hotter than Curry in the NBA right now with his play bringing MVP chants from the biased home town fans. They probably aren’t far off, though. Curry is certainly playing like an MVP and the Warriors rode his play to seven wins in nine games with Curry topping the 30-point mark in every win. He dropped 37 on the Kings Sunday night in a 117-113 win, the Dubs second straight and seventh in nine games.

Curry leads the NBA in scoring averaging 31.3 points and has scored more than 30 points in 11 of his last 12 games. His run of 30-point games ended in a loss to Washington, but he picked up right where he left off by scoring 32 against Denver before his outburst against the Kings. He’s averaging over 38 points while shooting 52 percent from the field during the month of April. Curry went off for 57 points against the Mavs in the same game Doncic had 42 and he totaled 85 points in the two games helping the teams cash the OVER both times. In fact, the OVER is 9-2 in the last 11 meetings between the teams.

Games between the Mavs and Warriors have become must see if you like points. The winning team has scored at least 120 points in nine of the previous 11 matchups and the series has become a personal duel between Doncic and Curry. That being said the OVER has considerable value in this game, but the Dubs have an edge with the Mavs playing the night before, which is why I’m leaning toward the home team.