Home Latest News What Are Conor McGregor’s Odds Against Woodley, Aldo or Nurmagomedov? 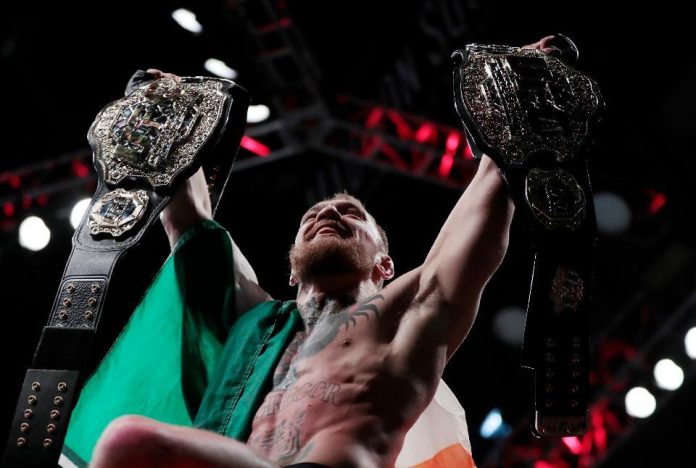 Conor McGregor is a two-division champion. Now what? There are guys in three different weight classes that are itching for a piece of the superstar. At this point, McGregor can face whomever he wants, despite the backlog it creates in any division. That’s the reality of the UFC these days.

Right now, it seems as if there are three viable options for the “Notorious” one. Let’s explore who Conor might bestow Red Panty night to and break down the Conor McGregor odds and your betting options in the futures section of BookMaker.eu (fight odds updated daily).

Because McGregor needs to answer the question of whether he can beat an elite wrestler with a full training camp, once and for all. Also, when it comes to pre-fight mind games, Khabib has the demeanor of Ivan Drago with the mouth of Nate Diaz. I’d pay good money to try and see McGregor pull the kinds of things he did to Aldo against Nyrmy.

You do NOT mess with pissed off Russians, ever. Anyone guy who watches YouTube knows this well. From Russian dashcam road rage footage to their half naked hooligan fight clubs in the snow, these guys are just plain scary. 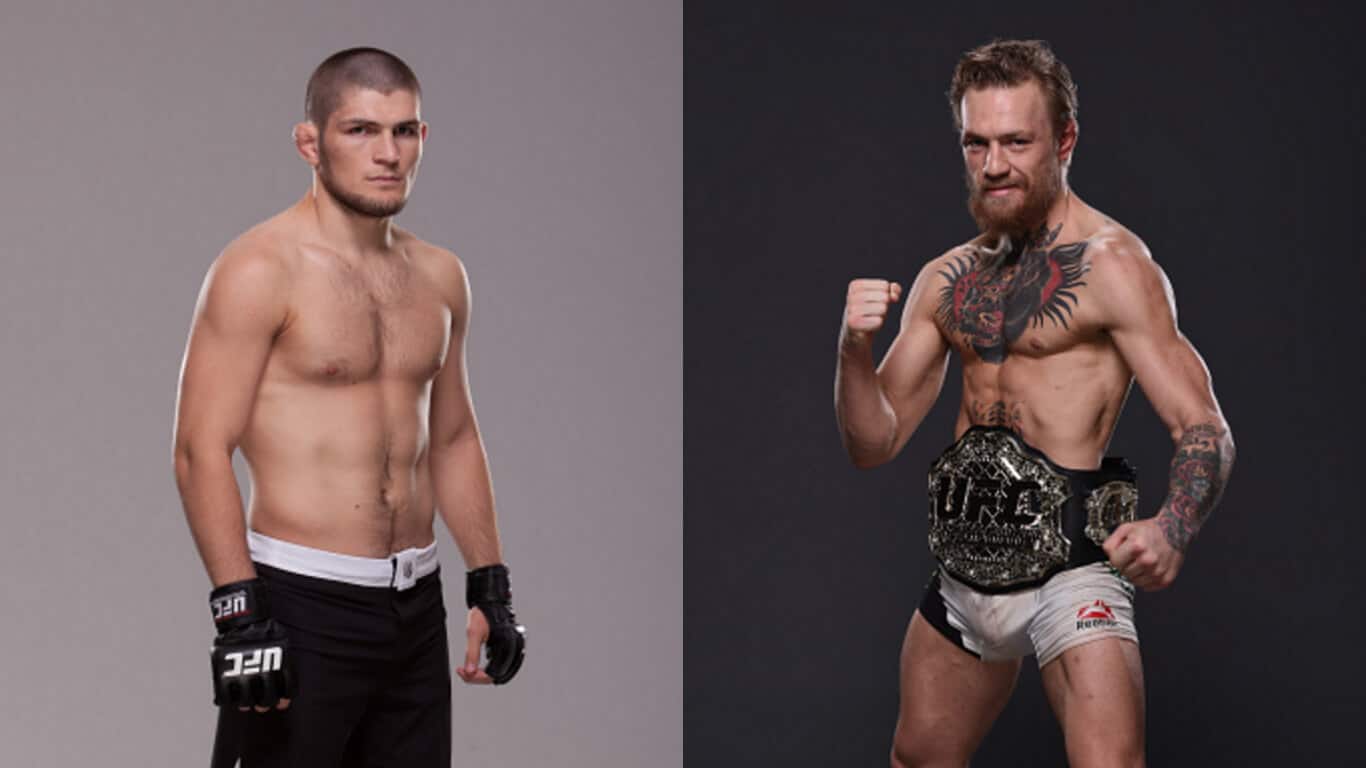 Right now this is a tossup, but MMA fights tend to generally favors wrestlers. No matter how good somebody is on the feet, he can’t do a thing on his back with somebody on top of him. Khabib is so strong and relentless that not a single person in 24 pro fights could avoid going to the mat with him.

And when he’s on top, he’s not a GSP-type wrestlehumper. His ability to immediately advance positions and trap arms is unlike anything I’ve ever seen. McGregor’s saving grace in this matchup is that Khabib is vulnerable to good striking, as Michael Johnson recently showed. There is no margin for error in that phase with Mystic Mac.

A third title for McGregor? That’s crazy talk. But nobody has bigger ambitions than the Irishman. Titles in two divisions have been done before (by B.J. Penn and Randy Couture), although nobody ever held them simultaneously. A three-division champion was up until this point absolutely unthinkable. And now the unthinkable is within reach. 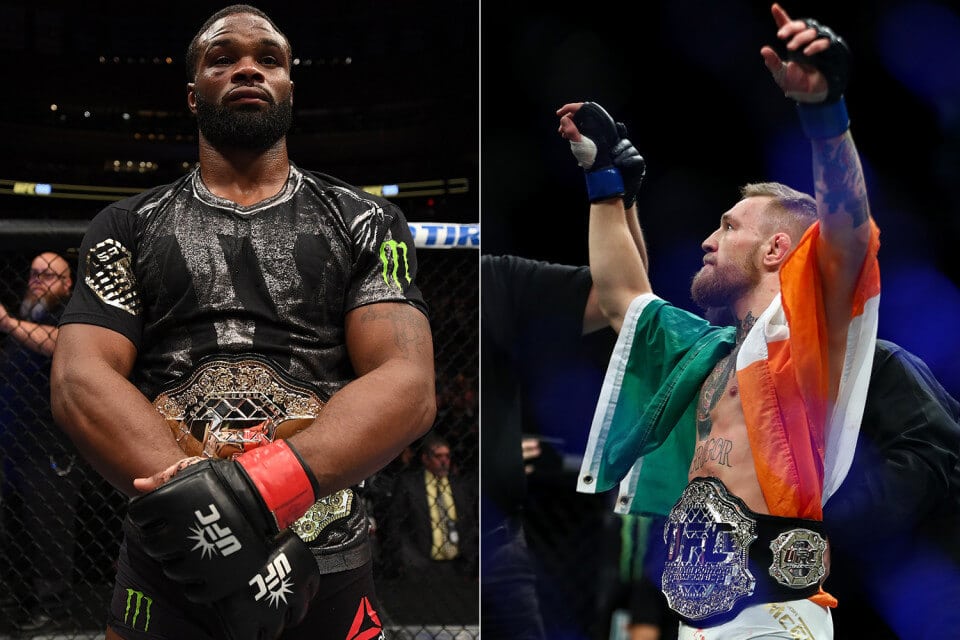 They may be the same height, but they are nowhere near the same size. McGregor is a lean 155er who had to eat his way up to his welterweight showdown with Nate Diaz. Woodley is a fighter who has to cut down to 170 pounds and still looks massive. If 145-pound Chad Mendes can take down McGregor, what do you think a 190-pound Woodley will do?

But we have to factor in McGregor’s punching power – he’s floored every man he’s ever faced. His timing and precision are out of this world, and considering he has the same reach as Woodley there is a great chance Mystic Mac connects. But will that power translate against a true welterweight? The size difference is too much to make him anything less than an underdog.

McGregor can’t hold up the 145-pound class forever. He just can’t. No matter how much Dana White and Co. favor their cash cow it would be a huge “eff you” to too many other great fighters to let the Irishman hold onto the belt without ever having to defend it.

Aldo currently holds the interim title, and though he’s kind of the worst at promoting himself as an opponent, that gives him a rightful claim at a crack. 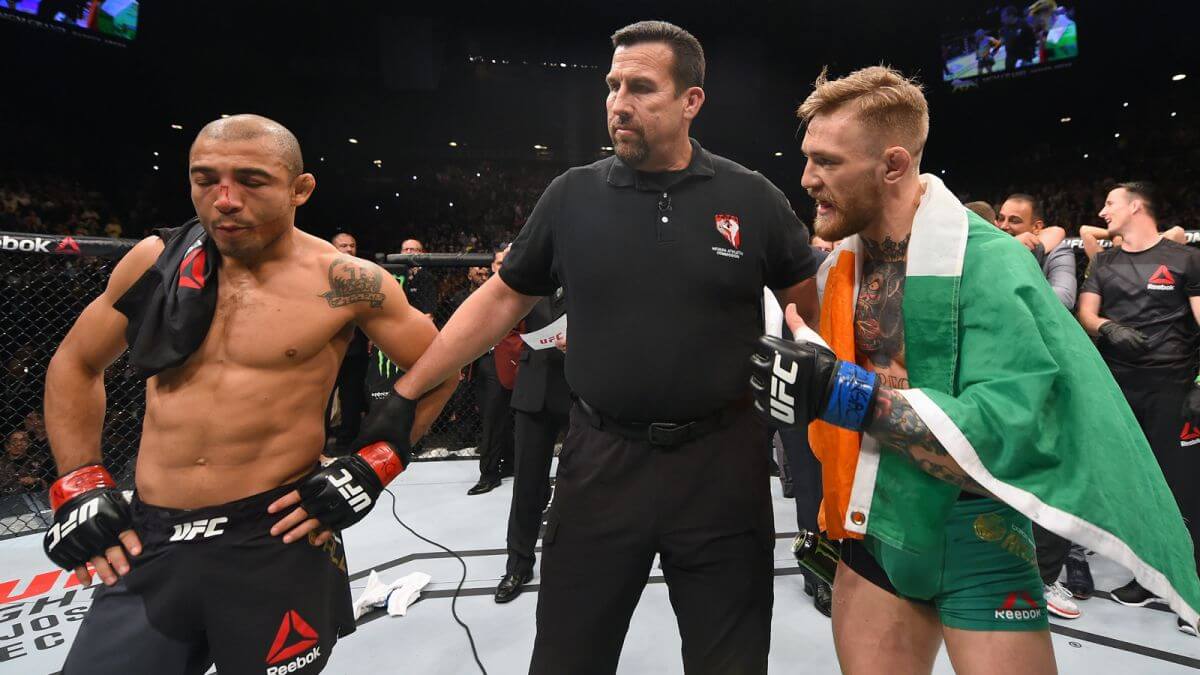 Conor’s striking proved far too much for even the durable Alvarez to handle. It’s clear that his power and movement puts him on another level from any other lightweight. So for him to go back down to face the smaller men in the featherweight division is like asking Lebron James to play for Kansas during March Madness.

What keeps Aldo from being a massive underdog is his speed and athleticism. But he’s already been knocked out by McGregor once – with a single punch – and he’d have to contend with a massive reach disadvantage. Still, he is quick and technical enough to make things interesting.

If and when any of these fights get made, stay tuned for complete UFC odds coverage. My guess is that it’ll be Woodley. But don’t get too excited just yet.

McGregor is planning to take some time off to welcome his first child, and he’s about to go to war with UFC ownership for an equity stake in the company. We might not see him again until mid-2017.

For more UFC odds and news, check out our odds comparison page or Amazing Upcoming UFC Fights to Be Thankful For