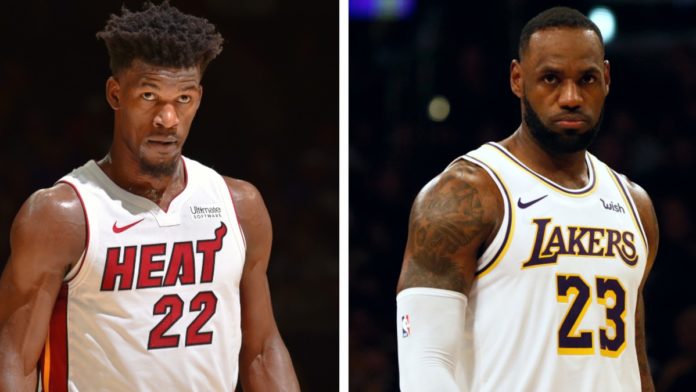 The Miami Heat and Los Angeles Lakers hook up on Saturday in primetime in a rematch of last season’s NBA Finals. The Lakers are a good bet to get back to the championship series as one of the top teams in the Western Conference, but the Heat have struggled finding life as the top dog in the East has its drawbacks. Miami had a surge last week winning four straight and it looked like they had their house in order. They dropped three in a row on their current road trip and find themselves languishing near the bottom of the conference standings.

Saturday’s game will air live on ABC with tip off at 8:30 p.m. ET from Staples Center in Los Angeles, Calif. BookMaker.eu will have betting options for every game on the NBA schedule.

After their run to the NBA Finals last season when they knocked off top-seed Milwaukee in the second round and Boston in the conference final, there were high expectations for the Heat. However, nothing materialized and the team dealt with injuries and COVID issues that they just haven’t recovered from. They were 4-4 in early January before losing eight of 10 games going 3-6-1 ATS. The return of Jimmy Butler from a lengthy absence sparked a four-game winning streak, including a decision in Houston to start the current seven-game road trip. That was quickly silenced by losses in the next three games. The Heat snapped that skid with a payout win over Sacramento on Thursday improving to 12-17 SU and 10-18-1 ATS.

Depending on your position there are different ways to view the Lakers currently. They lost for the second time in three games with their 109-98 setback to the Nets on Thursday. But the bigger picture has them at 8-2 SU over their last 10 games. Even the best teams lose games so their little skid isn’t too alarming, especially considering they were down two starters against the Nets. LA has the second-best record in the NBA at 22-8, but they’ve been a money pit at the betting window going 2-5 ATS in their last seven games and 14-16 ATS overall.

The Heat just need something positive to happen. They dug themselves a deep hole earlier in the season with a number of high profile players missing time either to injury or COVID protocols. The biggest name in the bunch was Butler, who missed 10 straight games last month. In his absence the Heat were just 2-8 SU and 3-6-1 ATS. And the offense suffered without the leader on the floor. Butler is back and the Heat are hoping they can put a run together. Butler notched his third straight triple-double with 13 points, 13 assists and 10 boards against the Kings. He also inspired Bam Adebayo, who had 16 points, 12 rebounds and 10 assists.

Entering their trip out west the Heat knew it wasn’t going to be easy, especially against the best teams from the conference. There were a few matchups that appeared more winnable than others and they got one of those wins over Sacramento. Miami might be hard-pressed to score points against LA’s efficient defense, but if they hit shots like they did against Sac an upset is definitely possible.

Feeling the need for a deeper roster, the Lakers made an effort during the offseason to bring in the right complementary players for LeBron James and Anthony Davis. Those reserves will have the chance to prove they were worth the investment. Davis was put on the shelf after injuring his hamstring a few games ago and is likely done for the first half of the season. AD is having another brilliant season averaging 22.5 points and 8.4 rebounds. He’s also the anchor of one of the best defenses in the league.

Getting by without Davis is one thing. Kyle Kuzma, Marc Gasol and Montrezl Harrell will see their numbers go up just by playing more minutes. But the Lakers also lost Dennis Schroeder, who entered the COVID protocol just before the Brooklyn game. Their depth will be tested, but as long as James is around the Lakers always have a chance. James had 32 points eight rebounds and seven assists against the Nets and averages 25.7 points for the season.

The Lakers took care of business in the Finals last season winning the series in six games. Things are a little different now, though, with LA missing some key players while the Heat are getting the group back together. The Lakers were blindsided when Schroeder was pulled just before tipoff against Brooklyn. With adequate time to prepare, their depth will shine through. And they have LeBron, so that’s another reason to back the home team.