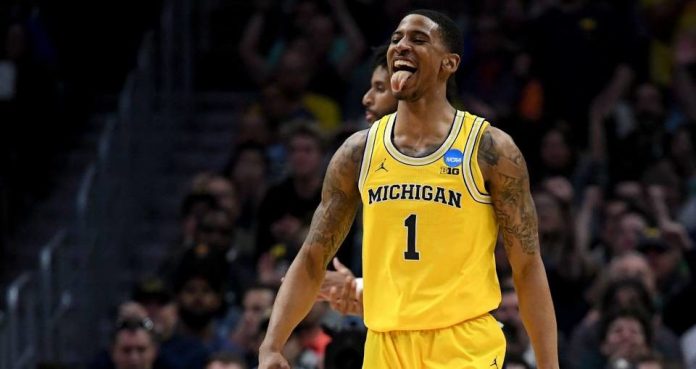 The Michigan Wolverines are in a three-way tie atop the Big Ten and are aiming to claim the conference with a strong finish. They are hitting the road next time out but have a winnable game against the Minnesota Golden Gophers.

Minnesota has been hanging around .500 in the conference all year and should be able to keep this one close considering it is at home, but the Wolverines have a very good team and will be the favorites. Minnesota could be on the March Madness bubble so a win over a top-10 foe such as this would be a huge for its future.

Michigan has a record of 23-3 on the season and it has gone 12-3 in Big Ten play. The Wolverines are tied with Michigan State and Purdue in the loss column so the stretch run should be fun to watch. Michigan has been great at home this season but mediocre on the road with three losses in seven games. The Gophers would love to force Michigan into another road loss.

Minnesota is 17-9 on the season and it has gone 7-8 in the talented Big Ten. The Golden Gophers have only lost once at home this year so everything is lining up for this to be a competitive matchup. The spread is only going to be a handful of points.

These two teams played a fantastic game earlier in the season in Ann Arbor. Michigan trailed by three points at halftime but Charles Matthews hit a baseline jumper at the buzzer to lift the Wolverines to a 57-55 victory. The Wolverines shot poorly from the field but did a good job of limiting turnovers, giving the ball up only six times.

Minnesota trailed by 10 points down the stretch but used a furious rally to tie the game in the closing minute. Matthews’ heroics lifted Michigan but the Gophers should be confident in the rematch. Ignas Brazdeikis led the way for Michigan in the contest, scoring 18 points. Jordan Murphy had 15 points to lead Minnesota.

The Golden Gophers were on a 4 game losing streak before they finally beat Indiana last time out. Minnesota looked impressive in the non-conference slate and got off to a nice Big Ten start before hitting this lull.

The Gophers’ troubles began with a road loss to Purdue. Next they fell to Wisconsin at home and then were blown out by Michigan State on the road. The worst loss in the quartet was the final one when Minnesota fell to Nebraska by a point.

The Gophers are hoping to start a winning streak with this upset of Michigan.

The Wolverines have a huge showdown against Michigan State after this so it’s fair to wonder if they will be completely locked in. Michigan has not been great on the road this year and could struggle to put Minnesota away. The Wolverines are the pick to win but not by much. The Gophers are the pick to cover the spread and an upset on the moneyline should also be considered because they could very well win this game.