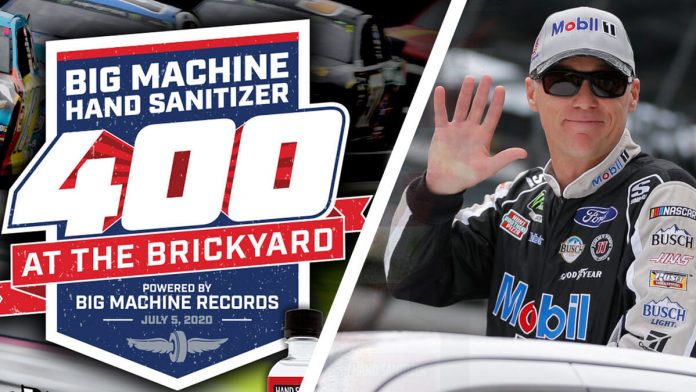 Since we are in the throes of a global pandemic and health officials constantly tell us to wash our hands among other safety measures, I guess it’s appropriate that this week’s NASCAR Cup Series race from Indianapolis Motor Speedway is titled the Big Machine Hand Sanitizer 400. At any rate the race will go on and it should be mild compared to last week’s doubleheader at Pocono.

And speaking of last week, what a time Kevin Harvick and Denny Hamlin had. The pair swapped first and second place finishes and to no one’s surprise they are at the top of the odds board at online sportsbooks for Sunday’s race. Harvick’s win by seven-tenths of a second last Saturday briefly tied him with Hamlin for the Cup Series season lead. Hamlin returned the favor the following day for his fourth win of the season and second in four races.

Kyle Busch, who has yet to win this season, is nestled between the two on the odds list. It’s more out of respect for what he’s done in the past. Last year’s Cup Series champ has just eight finishes among the top-10 in 15 races this season. He has had success at IMS with his two wins coming back to back in 2015 and 2016 so maybe this is the week the drought ends.

The 2020 Big Machine Hand Sanitizer 400 takes place Sunday, July 5, from Indianapolis Motor Speedway in Speedway, IN. The green flag drops at 4 p.m. ET. Visit BookMaker.eu for a complete and updated odds list and wagering opportunities then watch the race on NBC.

We don’t see a drastic break in the odds chart like we had last weekend, but the usual suspects are lingering at the top. Hamlin (4) and Harvick (3) have combined to win nearly half of the 15 Cup Series races this season with Joey Logano and Brad Keselowski each adding a pair of victories. That’s 11 wins between the four drivers in case you couldn’t add that up. 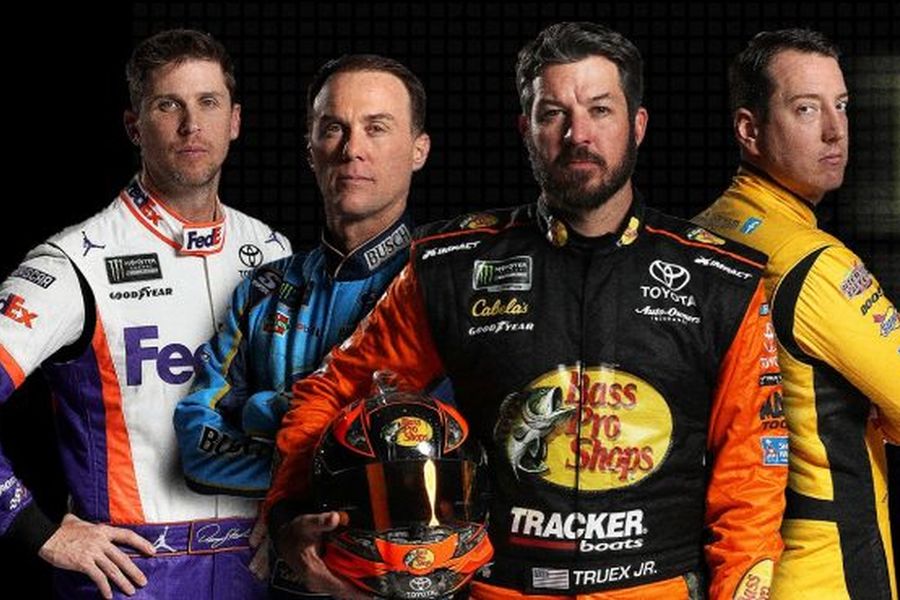 The anomaly is Kyle Busch, who was nudged out of a top spot at the end of Stage 2 last Sunday by Ryan Blaney, crashing into the wall and exiting with a 38th-place showing to remain winless. He placed fifth on Saturday but was never really in contention. I guess drivers can go into slumps because that’s exactly what we’re seeing from Kyle. He’s finished 19th or worse in nearly as many races (6) as he’s placed in the top-5 (7). It’s definitely concerning making it hard to have any confidence in him.

With IMS being rectangular and flatter than most tracks the distance of 2.5 miles is the same as Pocono, and we saw how Hamlin and Harvick dominated those two races. Harvick is the reigning champ and one of three current drivers with multiple wins at Indy. He led for 118 of the 160 laps last year and has completed all 19 of his starts with an average finish of 8.95 the best among active drivers. It’s easy to see why he’s the favorite.

Harvick went 38 starts at Pocono before winning last week. Hamlin heads to Indy winless in 14 previous trips. Maybe there is some symmetry here. Hamlin is the hottest driver on the circuit with a pair of wins, a second and a fourth in his last four races. And he’s just .716 seconds away from having three wins over that span. He’s never finished higher than third at IMS and he’s had the lead in just one of his previous five races. And we’ve yet to see a back-to-back winner this season making it more unlikely, but you can’t argue with recent results.

There are some high-risk, high-reward drivers in the field. Jimmie Johnson leads all current drivers with 83 career wins and four victories at IMS and is priced at +4000. Busch’s slump is nothing compared to what Johnson is going through right now. JJ hasn’t taken the checkered flag since the middle of the 2017 season, 110 races ago, and he’s placed outside the top-10 in four straight.

It’s been 72 races since Clint Bowyer tasted victory so you could say he’s also due. Just a few years ago he was hanging with the big boys in the standings with two wins in his first 15 races. He hasn’t won since. Can he carry the momentum from two top-10s last week on the same distance track?

I’m pulling for Johnson since he is planning to retire and he can match Jeff Gordon’s record for wins at IMS. I expect Kyle Busch to enter the winner’s circle at some point, too. But it’s tough to overlook how good Hamlin has been recently and that donut at IMS is motivation.