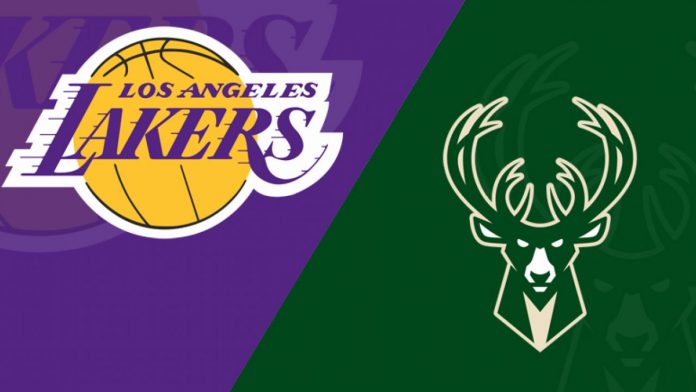 There’s no reason to go out on Friday night. The two favorites to win the NBA title in 2020 will square off in the City of Angels, and you won’t want to miss Giannis Antetokuonmpo leading his Milwaukee Bucks into town to take on LeBron James and the Los Angeles Lakers. These teams are both well on their way to locking down the No. 1 seed in their conferences, and this is the last time they will play before a potential match-up in the NBA Finals.

You won’t see NBA betting odds released for this game until Thursday evening or early Friday morning, but the Los Angeles Lakers will be favored since they are playing at home. However, the Bucks toppled the Lakers 111-104 in their previous meeting this season. In that game, Antetokuonmpo was phenomenal, hitting 11 of his 19 shots from the floor to pace Milwaukee with 34 points. He also added 11 rebounds and seven assists, while knocking down five of his eight three-point attempts. The Bucks were excellent on defense that evening, picking up 14 steals with Brook Lopez being responsible for four of them. 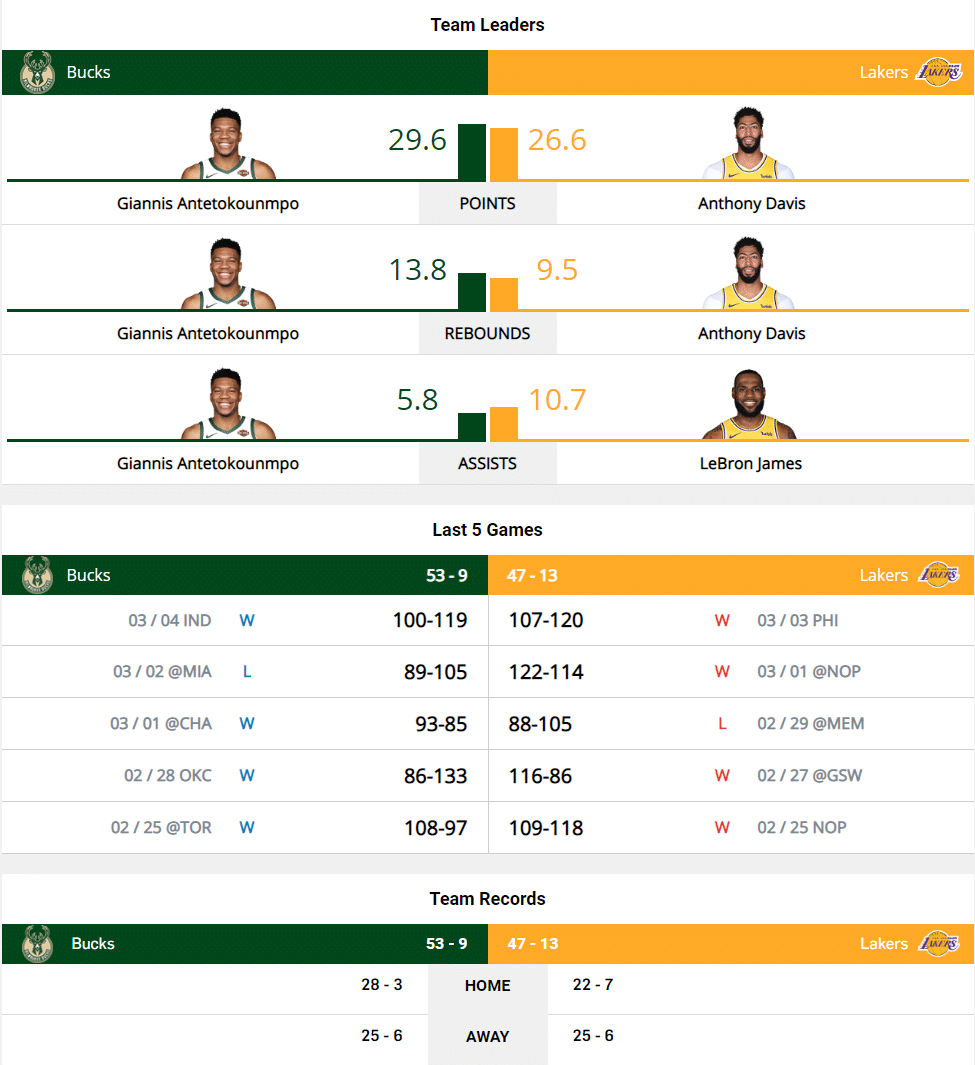 No player means more to his team than what Antetokuonmpo means to Milwaukee. The Greek Freak is in line to win his second straight MVP Award, and he has the Bucks 9.5 games ahead of the Raptors for the No. 1 seed in the East with 20 games left in the regular season. Antetokuonmpo is second in the league in Win Shares behind James Harden, but he is almost a full point ahead of every other player in Real Plus/Minus as he is one of the best defenders in the league. He is knocking down an absurd 54.8 percent of his field goals, and the only weaknesses in his game are his subpar three-point shooting (30.9 percent) and his inability to convert free throws (63 percent).

The Bucks have taken a huge step forward this season largely thanks to Khris Middleton. Middleton has emerged as a viable second option for Milwaukee, sinking 50.4 percent of his field goals and an astonishing 43 percent of his threes. He is making the most of his open looks as defenses collapse on the Greek Freak.

Eric Bledsoe has not lived up to his hefty contract, but the Bucks have had solid guard play anyways thanks to George Hill and Donte DiVincenzo. Hill might not play on Friday night due to a groin injury, but DiVincenzo will be there to provide solid defense and reliable shooting off the bench.

Anthony Davis has helped turn the Lakers’ fortunes around in one fell swoop. His acquisition immediately made this team one to reckon with once more, and Davis is leading the team with 26.6 PPG and 9.5 RPG. Davis, James, Kyle Kuzma, and Dwight Howard give the Lakers the most formidable frontcourt in the NBA.

As for James, he is thriving in a secondary role. He is more than content to let his teammates shine at this stage of his career, and he leads the NBA with 10.7 APG. Of course, he is still capable of taking games over when the Lakers need him to step up, and he has shown that he has another gear in big games like this one.

The main worry for the Lakers in the postseason will be guard play. There isn’t a lights-out three-point shooter on this team, and we have seen ups and downs from Kentavious Caldwell-Pope and Danny Green. Avery Bradley and Rajon Rondo have not been what the Lakers hoped they would be this summer either.

It’s never easy to win on the road, but Milwaukee’s been better at that than any other team in the NBA. The Bucks are 25-6 away from home, and they won’t shy away from the situation at hand. This game is going to be a thriller, but I like Milwaukee to get it done.