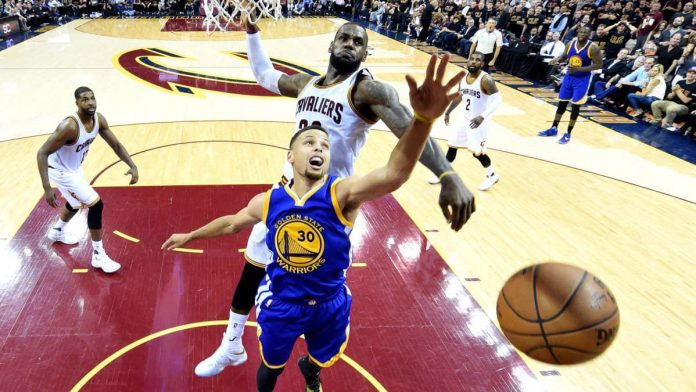 The Golden State Warriors left nothing to chance in Game 1 of the NBA Finals. They ran out as 113-91 winners in the first game of this best-of-seven against the Cleveland Cavaliers, and they’re now -700 favorites to capture the Larry O’Brien Trophy for the second time in the last three seasons.

The story of the night in Game 1 was Cleveland’s inability to really stop much of anything the Warriors threw its way. In the first half, it was the inside game that really propelled Golden State to the advantage. It scored 60 in points in the first half, 42 of which came from inside the paint. Kevin Durant scored 24 points in the opening half of play, most of which came from driving to the hoop and demanding contact and calls to be made.

The Warriors scored just nine points from beyond the arc in that first half, and you knew with Cleveland down by eight, it was probably all over from that point forward.

We’ve said all summer long that a Golden State team clicking on all cylinders could be incredibly dangerous. The Warriors weren’t at their potential in Game 1 at all and still beat what is easily the second-best team in the NBA by more than three touchdowns.

Cleveland has to find a way to slow Game 2 down. Golden State put up 106 shots from the field and pulled in 50 total rebounds. That’s just too much for the Cavaliers to handle, especially since Kevin Love, LeBron James and Kyrie Irving combined for 67 of the team’s 91 points on the evening. Cleveland only shot the ball 86 times thanks to 20 total turnovers. You’re not beating the Dubs when you cough up the rock 20 times. 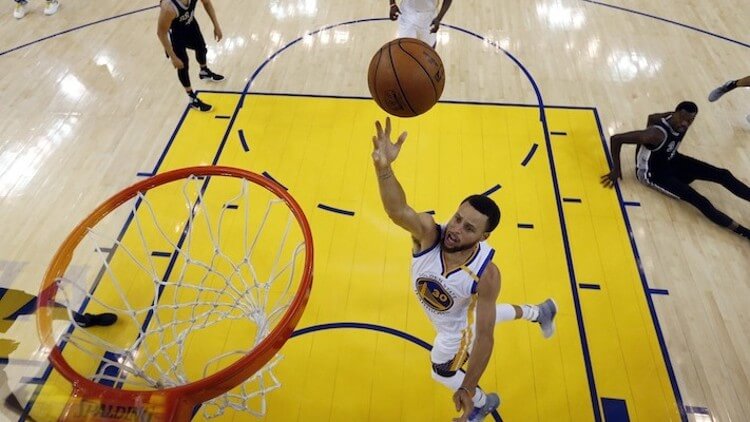 You’re also not winning games when you only force four turnovers. Amazingly, Draymond Green and Curry combined for all four of Golden State’s turnovers. The bench played a total of 80 minutes and didn’t commit a single blunder.

Simply put, there might be nothing else James and the gang can do. LeBron tried his best to take over early in the game, playing 22 of the 24 first half minutes. He did his scoring, pulled in his rebounds and dished out his assists, but in spite of his first half double-double, he turned the ball over seven times. He contained that in the second half, but the damage was already done.

The Warriors easily covered the 7-point spread, while the game fell well short of the total of 225. Thanks to the blowout nature of Game 1, Golden State opened at -8 for Game 2. The total fell by four full points to 221.

Game 2 is set for Sunday night in Oakland before the series shifts back to Cleveland. Check out the latest NBA odds here.