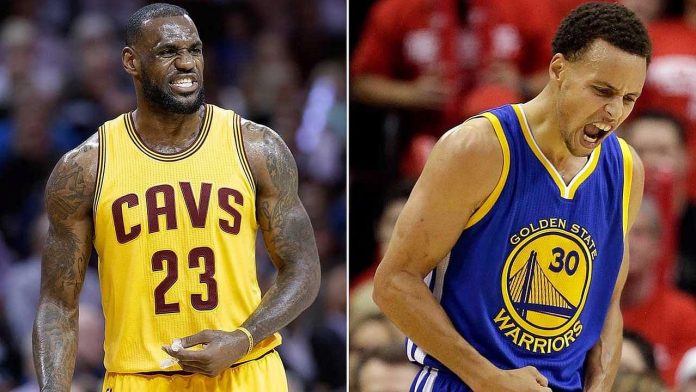 The second round of the NBA playoffs is just one game old in the Western Conference, and it already seems pretty inevitable what’s about to go down over the course of the next two weeks with the Spurs and Warriors seemingly poised to battle for the right to take on the Cavaliers in the 2016 NBA Finals.

Still, there are a total of eight teams left fighting for the Larry O’Brien Trophy, and until you’re saddled with four losses in April or May, you still have a chance no matter how high these NBA finals odds are stacked against you. After all, injuries can happen in a moments notice, right, Stephen Curry?

Bovada.lv has posted the NBA futures odds to win the finals:

Curry’s ankle injury cost Golden State a game against Houston and now he’ll miss at least two in the second round versus Portland due to the sprained MCL he suffered in Round 1.

But as long as he’s nursed back to health before the inevitable series against the Spurs, the Dubs should be just fine. Klay Thompson and Draymond Green looked like superstars against Portland in Game 1, and that’s why Golden State already has what looks to be an insurmountable series lead over Portland.

Many will argue that San Antonio should be the odds-on favorite in NBA betting lines to win it all right now. Only one of the five games the team has played in these playoffs was decided by less than three touchdowns, and Kawhi Leonard and LaMarcus Aldridge are just crushing the opposition.

Throw in the massive depth this team has and the veteran presences of Tim Duncan, Manu Ginobili and Tony Parker, and the makings are there for yet another NBA championship.

You hate to say that Cleveland is the forgotten team in all of this, but here’s a newsflash: LeBron James and company are still really good. They’re better suited to beat the Warriors than they were last year because James, Kevin Love, Kyrie Irving and the rest of the supporting cast are all healthy.

Toss the three superstars in with J.R. Smith knocking down a few threes per game, and you could have the best team in the NBA. It’s also worth playing Cleveland due to the fact that it won’t have a seriously tough game to play in until the Warriors and Spurs are done beating each other up.

Are we witnessing the end of the Thunder as we know it? Kevin Durant was incredibly frustrated at the end of Game 1 of their series against the Spurs, and if this series gets any uglier, these could be the last days he wears an OKC jersey. Oklahoma City has far more concerns right now than winning an NBA championship.

Durant and Westbrook rebounded with spectacular performances in a Game 2 win, but they played as well as they could while San Antonio played as poorly as it could and the Thunder only won by a single point.

In fairness to Toronto, just about everything that could’ve gone wrong in the first round against Indiana did. The Raptors have to shoot the ball better against Miami than they did against the Pacers, and that alone makes them the most dangerous threat to King James and the gang.

Miami will have a shot against the Raps for sure, especially if Dwyane Wade continues to drink out of the Fountain of Youth as he did in Game 6 and 7 against Charlotte. That series against the Hornets was much more difficult than it probably should’ve been, but the Heat got through because of their defense.

Defense still wins championships at this level, and that’s why D-Wade and his posse will be very popular plays against a Toronto team that hasn’t been in the second round of the playoffs since Tracy McGrady and Vince Carter were youngsters.

Does anyone really think the Hawks have a chance against Cleveland? This series just screams of Jeff Teague going off the deep end and Al Horford completely forgoing playing defense after Love knocks down a few shots from distance.

Even if the Blazers are swept by Golden State in four double-digit losses, nothing should be taken away from Terry Stotts’ crew. This team had a regular season win total of just 26.5 this year. Damian Lillard and C.J. McCollum were exciting to watch, and we loved seeing them finish off the Clippers, even if they did have an assist in the form of injuries to Chris Paul and Blake Griffin.

The second round of the NBA playoffs continues on Tuesday night with Game 1 of the Heat at Raptors series. The conference finals are scheduled to begin sometime between May 15 and May 17, while the NBA Finals will kick off on June 2. Catch all of the action on ABC, ESPN and TNT.

For more basketball and NBA playoffs news, check out How Much is Stephen Curry Worth to Sportsbooks?