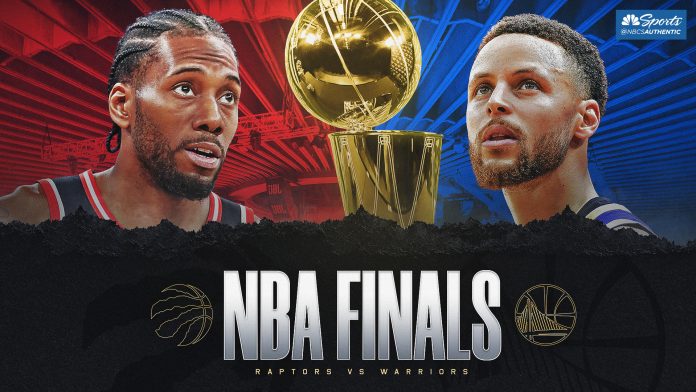 The Toronto Raptors pulled off a shocking upset in the Eastern Conference Finals, rallying back from a 2-0 deficit to knock off the Milwaukee Bucks to win the East. They will move on to face off against the juggernaut Golden State Warriors in the NBA Finals with the title on the line.

Toronto had the better record in the regular season and thus has the home court advantage in this series. However, the Warriors are the more talented team and are the favorites to win a third consecutive championship. Golden State has some injury issues lingering so the Raptors would be well-served to get off to a hot start.

The Raptors are the 1-point favorites to win Game 1 at home, and they come in at -115 on the moneyline. The Warriors are the slightest of underdogs and are listed at -105 to capture this victory on the road. The scoring total for the first game of this series is listed at 214.5 points.

Despite being an underdog in the first game, the Warriors are the solid favorite to win this series at -290 odds. The Raptors are listed at +237 odds to pull off the upset and claim the title.

The Warriors are going to be short-handed early in this series, like they were in the Western Conference Finals. Star forward Kevin Durant is still dealing with a calf strain that is going to keep him out of at least Game 1 of this series. Keep an eye on his status as Durant is one of the most talented players in the NBA and will have a significant effect on the spread when he returns. The Warriors are 5-0 without him in the postseason, as they are coming off a sweep of the Portland Trail Blazers in the Western Conference Finals.

Golden State big man DeMarcus Cousins has been listed as questionable for the first game of the NBA Finals with a quad injury. He is not as big of a piece as Durant but is still a very talented player who could have a big impact upon return. Keep an eye on his availability as well.

The Warriors have the superior team but the Raptors small forward is playing at an extremely high level. He has averaged 31.2 points, 8.8 rebounds and 1.6 steals per game during the playoffs and will need to dominate to give his team a shot.

There is a lot of speculation about Leonard leaving in free agency after the season, but the trade by Toronto to add him has certainly paid off as the team is now competing for the title. The Warriors are no doubt going to do everything in their power to slow down Leonard and make others beat them.

Here is a shocker…

The Raptors have the home court and the Warriors won’t have Durant for at least one game and likely more, so this series could be more competitive than expected. However, Golden State is the superior team and should be at full strength by the end of it, which will lead the team to yet another championship.