The Houston Rockets and Toronto Raptors just keep winning and the two conference leaders will square off in a battle north of the border on Friday. The teams have combined to win 23 straight games and they could give us a preview of the NBA Finals. The Warriors and Cavaliers will have something to say about that come April, however. But this should be a dandy nonetheless and one will see its winning streak come to an end.

The Rockets have won 17 in a row and 21 of their last 22 games, yet their lead in the Western Conference is by the slimmest of margins. The Dubs aren’t going anywhere so it’s up to Houston to keep winning, and it looks like they might behind James Harden. We’ll have a reunion in Tinseltown on Sunday when the Cavs visit the Lakers. Cleveland revamped its roster at the deadline, adding Jordan Clarkson and Larry Nance Jr. in a deal that sent Isaiah Thomas to L.A. The Lakers will audition for the King in an effort to lure LeBron to the West Coast next season. 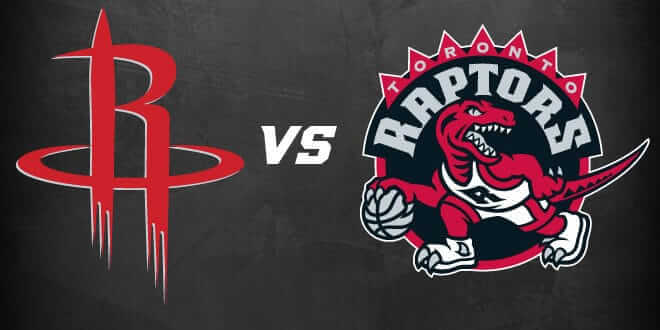 We keep waiting and expecting the Rockets to lose, but they haven’t done that in six weeks. Harden probably should have won the MVP award last season, but he lost out to triple-double machine Russell Westbrook. Harden wants that first MVP and he’s making sure this is the season. You can’t say he puts up numbers for middling team. Instead, The Beard is putting up big numbers for the best team in the Association. Harden leads the league with 31 points per outing and also averages 8.9 dimes per contest.

We can’t take the Raptors lightly any longer. They’ve topped the 50-win mark in each of the past two seasons and are on pace for a club record this year while holding down the No. 1 seed in the East. And they’ve done it by protecting their floor. Toronto owns the best home record in the NBA at 27-5 while going 18-14 ATS. Led by the dynamic backcourt of Kyle Lowry and DeMar DeRozan, this could be the year the Raps reach their first NBA Finals.

The Rockets haven’t lost many games this season, but one of their worst defeats was administered by the Raptors back in November. Toronto used a 45-point second quarter to build a 21-point lead and squelched several late attempts by the Rockets to get the 129-113 road win.

DeMar DeRozan scored 27 points and Kyle Lowry and CJ Miles added 19 apiece as the Raptors withstood a 38-point onslaught from Harden to get the win. The Raptors shot over 52 percent and forced 19 turnovers while dealing the Rockets their worst home loss of the season.

Both teams rank among the top-4 in scoring and they’ve been efficient all season. Houston loves to launch the three-ball, leading the league by a wide margin in makes and attempts, while the Raptors are more efficient from inside the arc. The teams do play defense, but that’s a relative term in today’s NBA, so expect plenty of points, which gives value to the over. The odds of the Rockets losing increase after each win and facing the East’s best on the road is a likely scenario for that to happen. 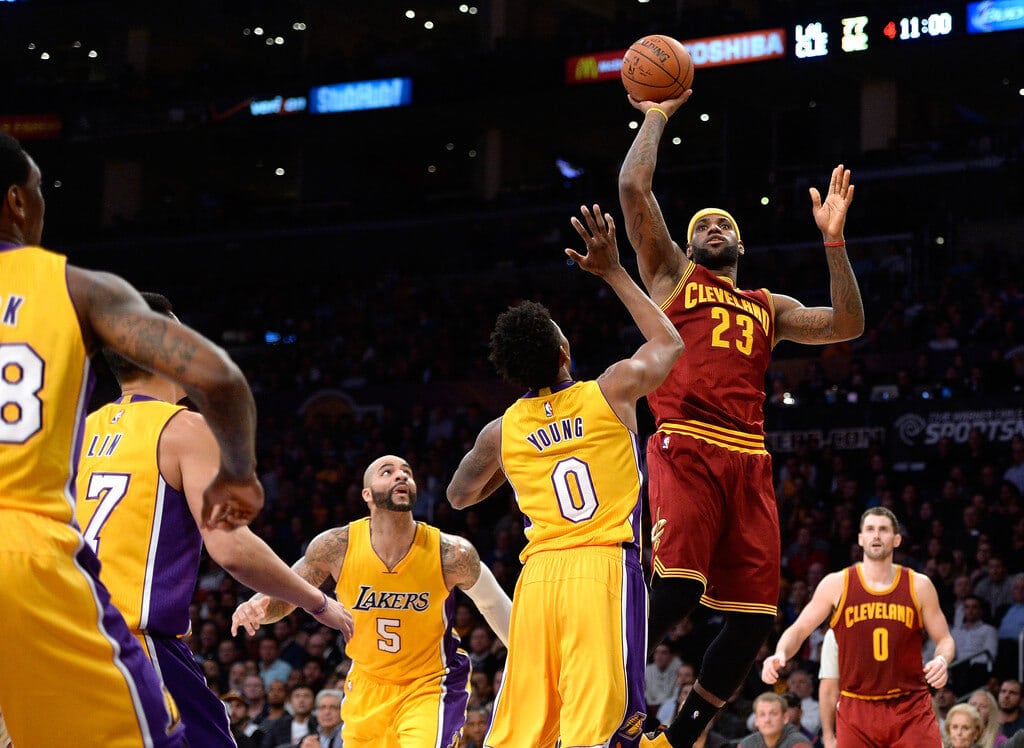 It’s been like training camp for the Cavaliers over the past few weeks after they overhauled the roster with four additions at the trade deadline. And now that camp is over, it’s time for the Cavs to start playing like the three-time defending Eastern Conference champions. That shouldn’t be a problem for Clarkson and Nance, who spent their entire NBA careers with the Lakers before being dealt. Oh, and there’s that guy LeBron, who just went off for 39 points and finished two rebounds shy of another triple-double in the Cavs win in Denver on Wednesday.

It’s too late to make the postseason, but the Lakers are playing their basketball in several years. They won for the sixth time in seven games by beating Orlando on Wednesday and they are 10-4 in their past 14 games. Their 29 wins are also the most they’ve had in the past five seasons. Thomas has fit in nicely since coming over from the Cavs and he had some choice words for the Cleveland organization after he departed. It’ll be interesting to see how things work out on Sunday.

30 – When the best player in the world claims that his game is “probably (at) an all-time high,” opponents should be afraid, very afraid. James tossed out that remark following his 39-point, 10-assist performance in a win over the Nuggets on Wednesday. And even though The King is in his 15th season, it’s hard to argue with him.

James has been rolling since the team rebuilt its roster. In 10 games since acquiring Clarkson, Nance Jr., Rodney Hood and George Hill, James is averaging 30 points, 9.8 assists and 9.7 rebounds per game and he’s playing like a 25-year-old. They’ve won two straight and are 6-4 in those games.

The Cavs are a better club following their roster manipulation. They are younger, more athletic and can actually play a little defense. And they also have LeBron on their team, which makes them an instant contender. James is loving life now that he has pieces around him that know their roles, and The King has delivered. The Lakers have been nearly unbeatable at home lately, but they are up against a team that is ready to get rolling. And LeBron will keep it that way.