The Toronto Raptors are running away with the Eastern Conference and they are making a run at being the best team in the NBA. They defeated the best last week, ending Houston’s 17-game winning streak while extending their own, and they’ve opened a four-game bulge over the Celtics. Toronto is enjoying the best stretch of basketball in franchise history and reached 50 wins for a third consecutive season.

Russell Westbrook and the Oklahoma City Thunder are trying to keep pace with the rest of the field in the tightly-packed Western Conference playoff race and wins are critical. They’ll have to play their best to win at the ACC, where the Raps own the NBA’s best home record. The Wolves and Spurs are also battling in the West and San Antonio is currently on the outside. A generation of NBA fans could be witnessing a rarity if the Spurs don’t qualify. It’s been 20 years since a postseason opened without the Spurs in it. 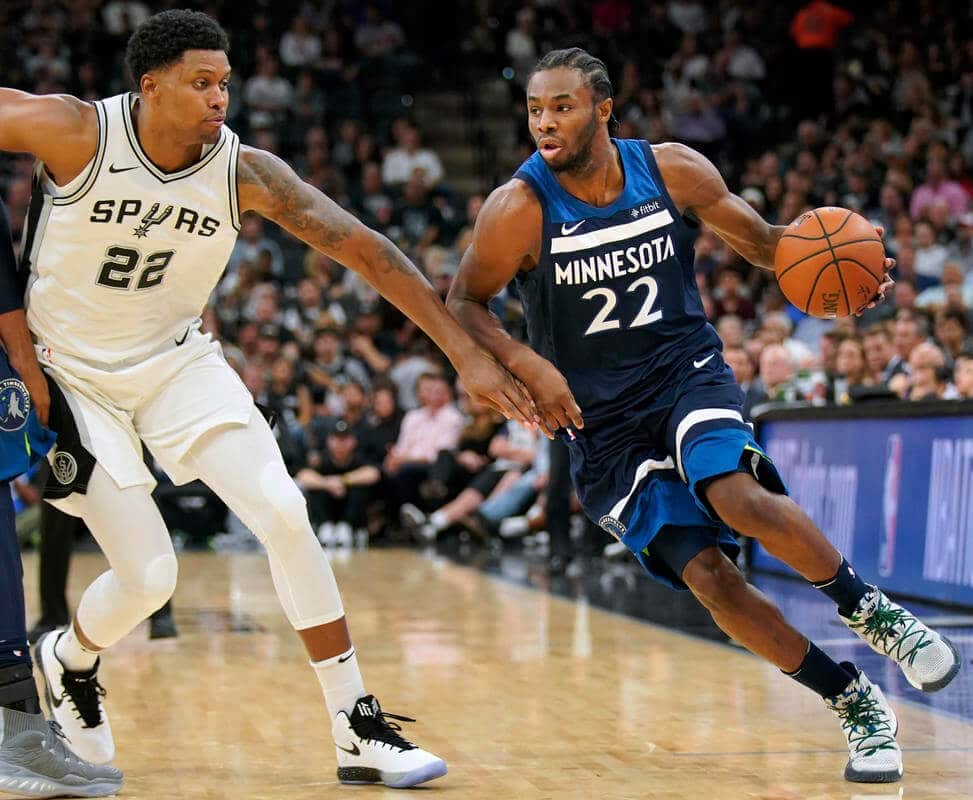 Just when it looked like the Wolves were ready to drop out of the playoff race, visions of the longest current postseason drought came into focus and the young club wanted nothing to do with extending it. Instead, the Wolves broke a three-game slide by defeating the Warriors and followed that with a win in Washington. Winning on the road has been a chore for the Wolves and they’ll try to snap an eight-game slide in San Antonio.

The return of Kawhi Leonard might not be enough to save the Spurs’ season. A recent three-game losing streak and five losses in six games dropped them out of the top eight in the West and the club is in an unfamiliar position this late. The Spurs had everyone else back when they trounced the Orlando Magic on Tuesday. However, that might not be enough with everyone else ahead of them winning. San Antonio can make up ground with a win over the Wolves while they wait on Leonard’s return.

Karl-Anthony Towns has established himself as one of the best big men in the game and he’s dominated since Jimmy Butler went down with an injury. KAT reached the 30-point mark in three games since Butler was sidelined and he came up big when the Wolves needed him most. 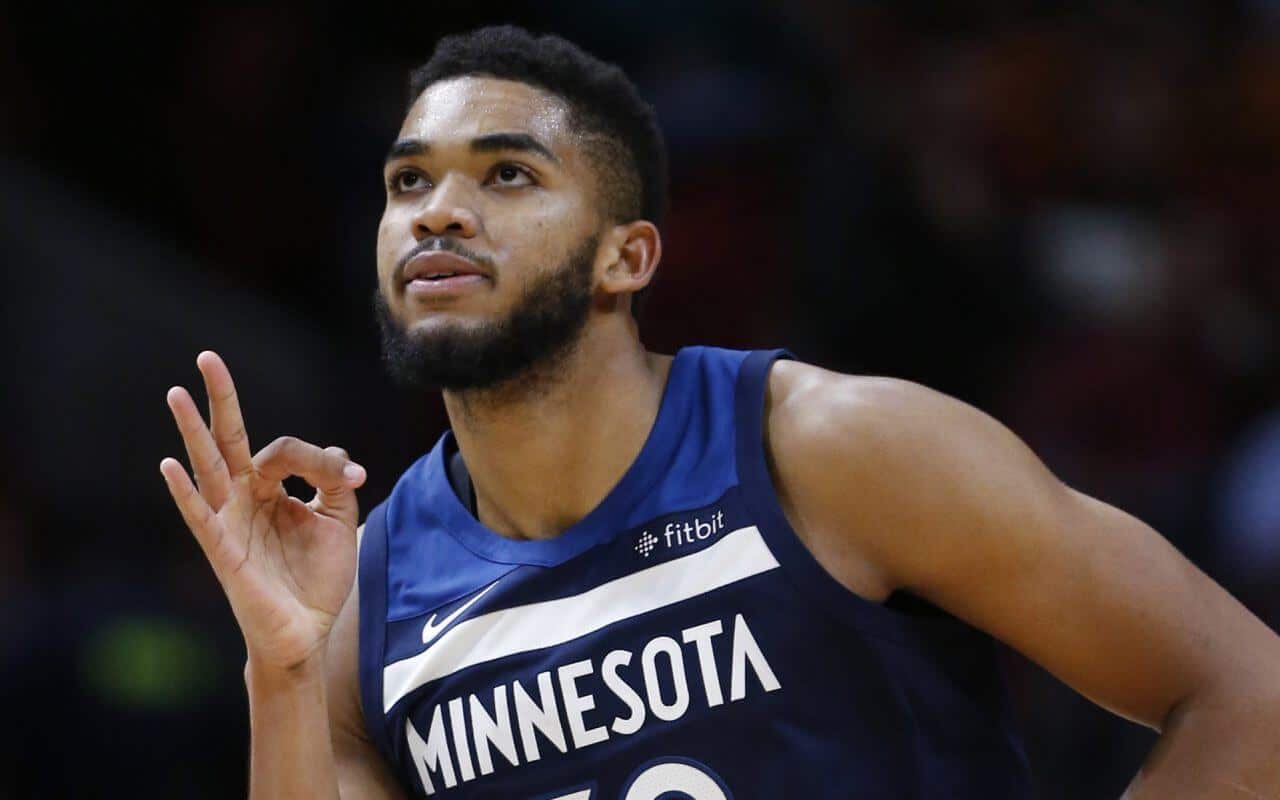 Facing a three-game losing streak, Towns took over in the fourth quarter against the Warriors, scoring 14 of his 31 points in the final stanza. He also grabbed 16 rebounds. Towns tallied 37 points and 10 boards for his NBA-best 58th double-double the next outing as the Wolves beat the Wizards.

Until the Spurs are officially eliminated from playoff contention, it’s tough to give up on them. They have veteran leadership and the guys can still play. But missing Leonard for all but nine games this season has been a blow and it’s still uncertain when he’ll return. The Wolves are learning to play without Butler and have turned to Towns for production, and he’s delivered in a big way. It’s time for Andrew Wiggins to start performing, and without Butler he gets his chance. The Wolves have lost eight straight at the Alamo, but this is their best shot at ending the skid. 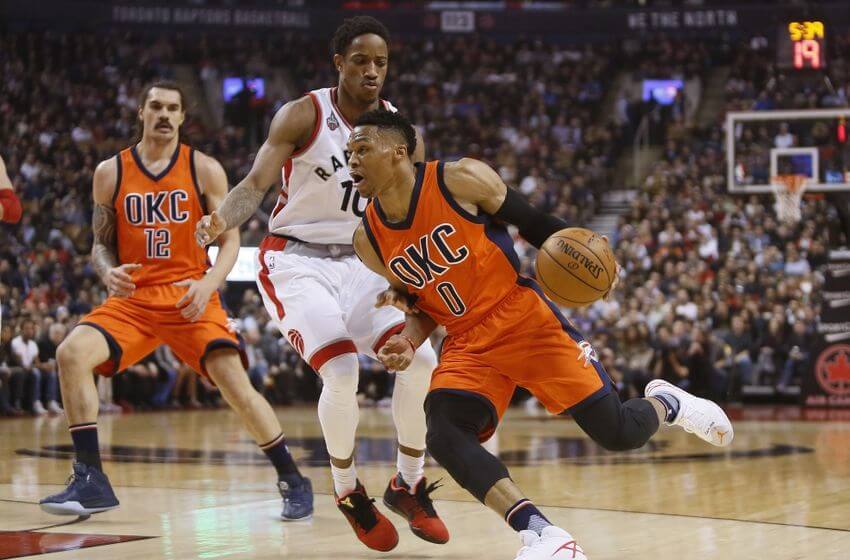 It’s been a roller coaster season for the Thunder, but a recent surge has solidified their playoff position in the jumbled Western Conference. They still aren’t out of the woods and any sort of losing streak can drop them below the cutoff line. Not many teams have won in Toronto this season, but if anyone can lift his team to victory it’s Russell Westbrook. Coming off a season where he averaged a triple-double, Russ is at it again. He recorded three straight triple-doubles during OKC’s four-game winning streak and he’s disrupting the MVP conversation again.

The last two seasons were the best in Raptors history. They are outdoing themselves this season. The Raps reached 50 wins for a third straight season and are on pace to establish a franchise record. And like Rodney Dangerfield, they get no respect. They extended their winning streak to nine straight by handling Brooklyn and New York and they’ve won 21 of their last 25 games. DeMar DeRozan should be mentioned in the MVP discussion, but the Raps are more than just a talented backcourt. Five players average double-figures and three others contribute more than 7.0 points per game.

The Thunder’s best players were their best players when they whacked the Raptors in OKC back in December. Westbrook just missed another triple-double with 30 points, 13 assists and eight rebounds and Paul George was unconscious from behind the stripe hitting 7 of 10 triples to match the team record for threes in a game. The result was a convincing 124-107 victory.

Toronto’s best players didn’t show up. DeRozan scored just 15 points and Kyle Lowry was 3 of 10 shooting. Outside of C.J. Miles, who hit six three-pointers and scored 20 points, the Raptors struggled. DeRozan summed up the performance, saying “we played like crap” after the loss.

The Raptors are the best home team in the league and that will help them in this matchup. It’s also important for them to secure home court throughout the playoffs so they can keep that advantage when taking on the Cavs or Celtics. It’s been a few months since Toronto was annihilated in OKC, but you can bet DeRozan, Lowry and the rest of the team will use that as motivation.